Are stores opening too early for Black Friday? Are they ruining the Thanksgiving spirit? Does it even matter? 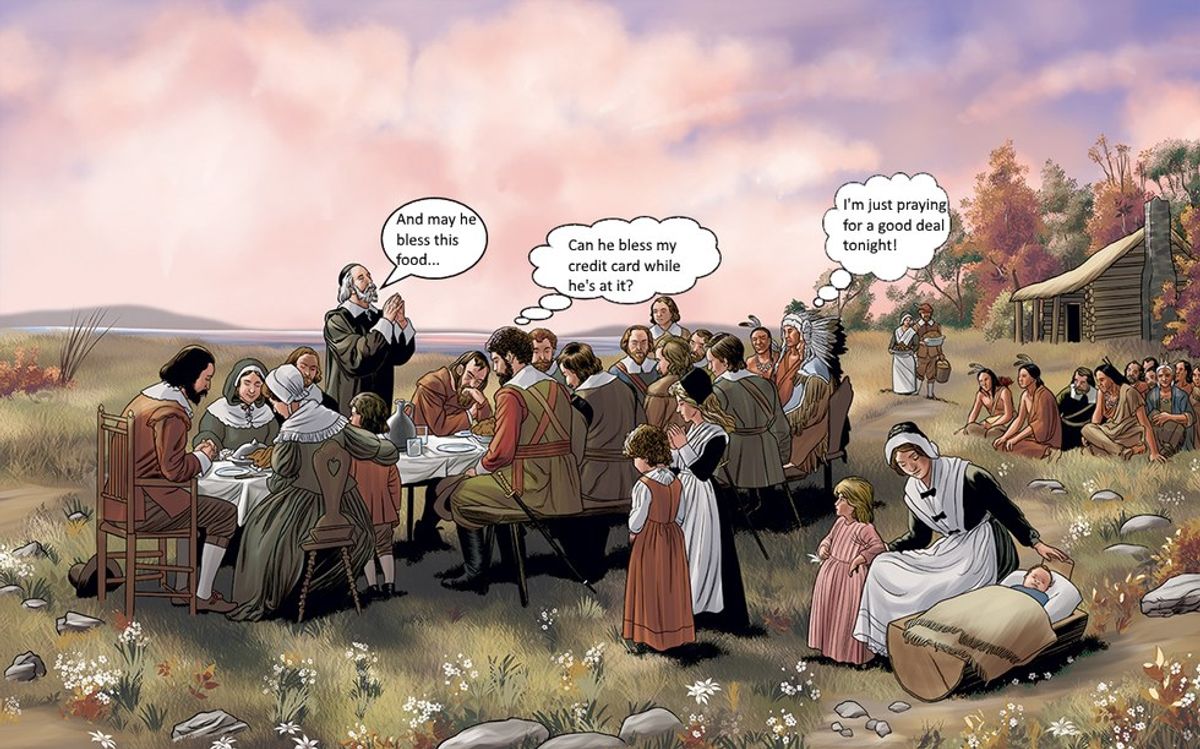 Well, it's safe to say the extended holiday season has begun. Thanksgiving is only a few days away, and from then on, it's about 30 days of "All I Want For Christmas Is You" on repeat on the radio. Yes, there's food to be eaten in dangerous excess, holiday movies, hopefully not too much snow, and gifts. Lots of gifts. And with gifts come gift shopping.

For a few years now, there has been a bit of an issue with stores opening earlier and earlier for Black Friday deals. Many big stores have foregone the "early bird," and even the "night owl," and have opted to open as soon as the turkey is carved Thursday evening. Kohl's, Walmart, Target, and other major stores plan to open around 6pm Thursday, staying open throughout Friday. Others will open later on Thursday and close for a few hours, before opening doors again early Friday morning.

For many people, these early shopping strategies leave a bad taste in their mouth, and it isn't because of that one casserole you're obligated to at least try because "you only see them once a year honey, so don't be rude and eat what Aunt Ruth brought, or there'll be no pie for you." Thanksgiving is regarded by most as one of the few days in the year that family can come together and enjoy each other's company. They feel that businesses are encroaching on the values of Thanksgiving by enticing folks to drop by and buy that tv that you don't really need but is way too cheap to say no to. This is not a novel idea; companies exploit and in some cases have created holidays for the positive numbers they'll get from sales. It isn't even a long stretch to say that the true meaning of Christmas is a strong fourth quarterly report.

A big problem with opening on Thanksgiving is that you need to staff the stores on Thanksgiving. For those with no big plans, the time-and-a-half they'll get from working is a pretty good deal, if they can manage their stress through throngs of crazy shoppers. But for the others who have family or friendly engagements, being whisked away on Thanksgiving can be a real pain. The backlash that some companies are getting for even considering opening on Thanksgiving has been so powerful that it's become great publicity for those who wish to stay closed. Costco, which has traditionally been closed on Thanksgiving, still enjoys good sales throughout the shopping season, and has been praised by many for keeping doors shut. The Mall of America has even said they plan to close on Thanksgiving, and despite initial doubt as to whether or not the stores housed in the mall would cooperate, both retailers and consumers alike have championed the Mall's decision.

It's a tough thing to do, asking people to work on Thanksgiving. And the hope is that all employees working Thursday and other major holidays for that matter, do so of their own choosing. If not, then stores should consider whether it's fair or profitable enough to force people to leave their families to work while the executives enjoy dinner at home. But not all the blame can be put on these retailers either. Business is driven by success and positive numbers. And for a lot of these stores, their numbers are being drawn away by the more convenient form of online shopping. I know that for me, I'll be making most of my purchases online, and I am not alone. It's the rise of online shopping that has been hurting the bottom line of these companies. Is that a valid reason to open on Thanksgiving? Sure. But in no way means you're getting off the hook without deserved flak.

In the end, those who don't like the idea of shopping on Thanksgiving won't, and those that do, will. The people who have nothing better to do will work Thursday and Friday, and the people who are busy with Thanksgiving day won't (hopefully). It's a holiday, so do whatever you want! Go shopping, watch football, eat stuffing, sleep, just enjoy the time the way you want, and have a great start to the holiday season.