Trigger Warning: Another Article About Trigger Warnings
Odyssey
CurrentlySwoonLifestyleHealth & WellnessStudent LifeContent InspirationEntertainmentPolitics and ActivismSportsAdulting
About usAdvertiseTermsPrivacyDMCAContact us
® 2023 ODYSSEY
Welcome back
Sign in to comment to your favorite stories, participate in your community and interact with your friends
or
LOG IN WITH FACEBOOK
No account? Create one
Start writing a post
Politics and Activism

Why trigger warnings and safe spaces are essential to a healthy university. 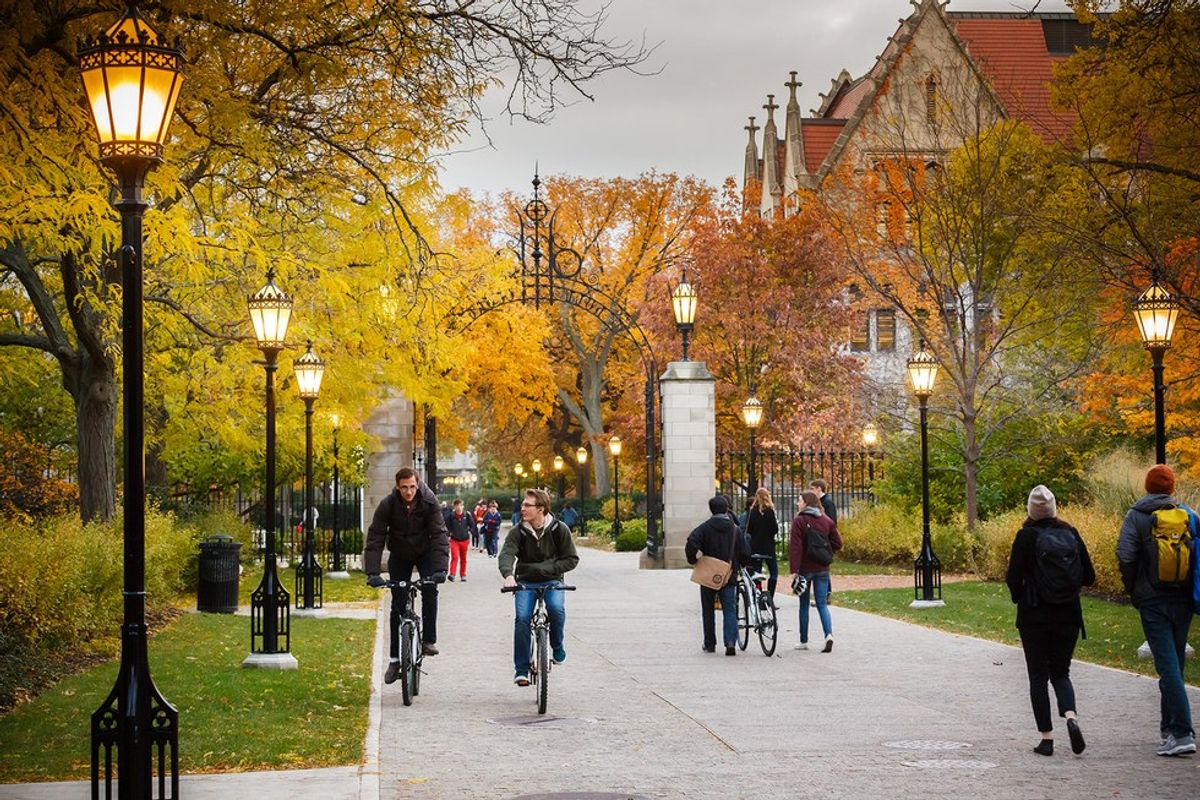 The University of Chicago

Ever since the University of Chicago sent out a letter to their incoming freshman class regarding “trigger warnings” and “safe spaces” and their lack thereof, the debate on how uncomfortable subjects should be handled at the university level has been a hotly-contested issue.

In UChicago’s letter, the Dean of Students, John Ellison, admirably encourages “rigorous debate, discussion, and even disagreement.” Without a doubt, sometimes the most difficult discussions move us the farthest ahead as a society. Furthermore, Dean Ellison makes an outstanding argument that we are able to gain the most, grow the most, learn the most “without fear of censorship.” Shying away from certain topics of discussion is merely postponing a resolution, not a resolution itself. The University of Chicago is evidently an esteemed institution with praiseworthy principles, but here is where I disagree with their “commitment to academic freedom”:

While I, personally, have never experienced anything horrific enough to leave me with post-traumatic stress, I nevertheless understand the necessity for trigger warnings and safe spaces.

First off, a trigger warning is what the name implies– a warning. A trigger warning at the top of a controversial reading selection or article doesn’t equate to “don’t read this,” but rather “be prepared to read this.” Kate Manne, an assistant professor of philosophy at Cornell University, states that “[a trigger warning] is to allow those who are sensitive to these subjects to prepare themselves for reading about them, and better manage their reactions.” While critics argue that trigger warnings prevent against controversial topics of discussion, they do just the opposite; trigger warnings are a sometimes-needed preparation for touchy issues– rape, violence, racism, etc.

While trigger warnings caution the reader of possible trauma-inducing subjects, safe spaces are retreats for those who have had to endure this trauma. Safe spaces in no way should replace rigid dialogue; however, they are critical in creating a comfortable environment to foster conversation. One of the most well-known safe spaces, Alcoholics Anonymous, isn’t a place for people to run away from the discussion of alcoholism– it’s a secure community for discussion. Without safe spaces, some topics would be too uncomfortable to debate, and thus, we would be unable to progress as a society. As Northwestern University President Morton Schapiro states regarding safe spaces, “[t]he irony, it seems, is that the best hope we have of creating an inclusive community is to first create spaces where members of each group feel safe.”

Nicole Marie Nigro
Individual Creator
7773
c1.staticflickr.com
Where to start...... Let me start with the cliche that life throws us curveballs and what we do with it is what counts.