'Tranquility Base Hotel & Casino': The Beginning Of A New Arctic Monkeys
Odyssey
CurrentlySwoonLifestyleHealth & WellnessStudent LifeContent InspirationEntertainmentPolitics and ActivismSportsAdulting
About usAdvertiseTermsPrivacyDMCAContact us
® 2023 ODYSSEY
Welcome back
Sign in to comment to your favorite stories, participate in your community and interact with your friends
or
LOG IN WITH FACEBOOK
No account? Create one
Start writing a post
Entertainment

'Tranquility Base Hotel & Casino': The Beginning Of A New Arctic Monkeys

“I want to make a simple point about peace and love, but in a sexy way where it’s not obvious." 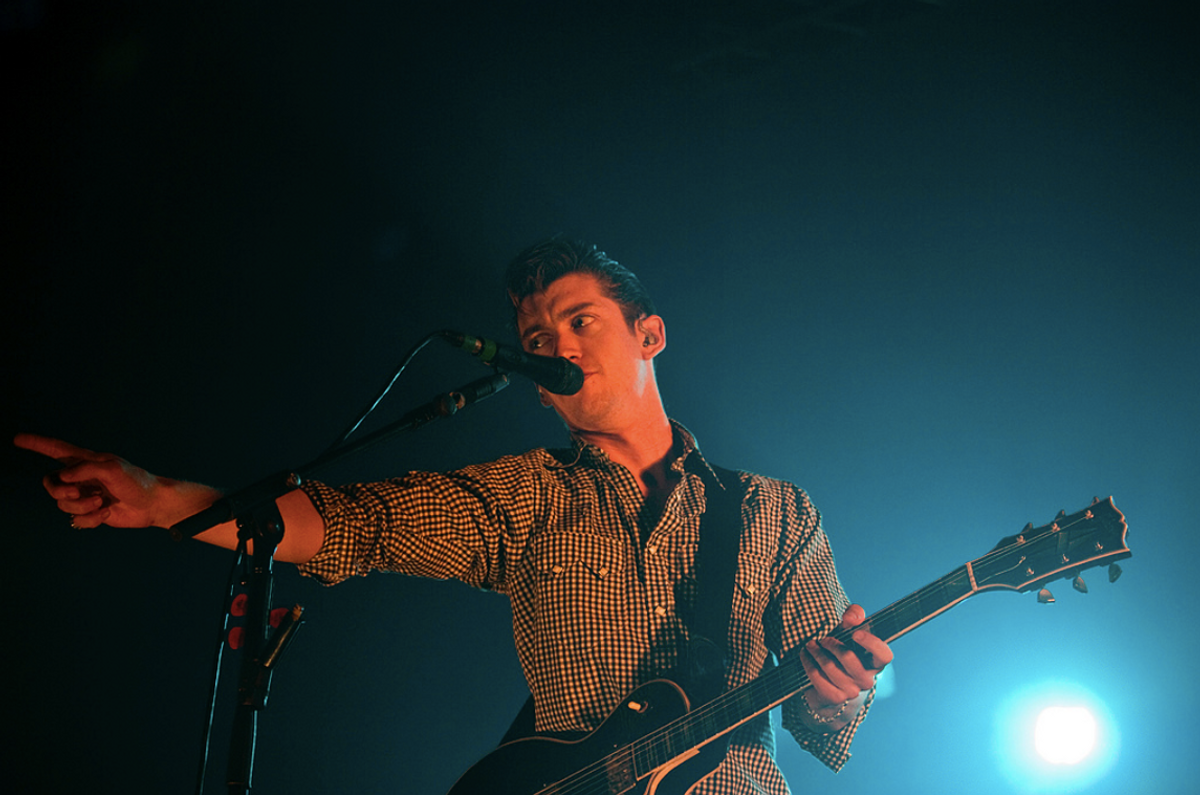 After a five-year gap from their fifth studio album, "AM," the rock-alternative band Arctic Monkeys released their much anticipated sixth album, "Tranquility Base Hotel & Casino" on May 11th. The album itself surrounds a unique and sonic concept of life in space, 40 minutes of music covering 40 years of history that mark the Information Revolution and the many implications that come with all of the incredible and unimaginable achievements we have experienced since the 1970s.

The album itself follows a similar, somewhat dreamy vibe to their 2011 album, "Suck it and See," and their 2013 album, "AM," but the similarities branch into vast differences from there. "Tranquility Base Hotel & Casino "builds upon a common theme and tells a story of an isolated and desolate society, reminiscing on the value and ideas of interaction, friendship, and questioning core values. Rather than sticking to their guitar-synth style, frontman Alex Turner inspired a more mature and jazz-inspired base by introducing and basing their melody on the sounds of a piano, more specifically an old-fashioned Steinway and Sons piano, which is commonly referenced throughout the album.

The piano, gifted to Turner on his 30th birthday, enabled him to write from a new source of inspiration, shifting away from the band’s iconic and soothingly-haunted guitar and rock n’ roll roots. The album was written and produced in the home studio of Turner in Los Angeles, which he refers to as his “Lunar Surface,” alluding to his mysterious and extraterrestrial character, wistfully reflecting on his introspective work and watching the world change within the confined walls of his studio. Whether it be symbolic of a safe and secluded space or a space of isolation and loneliness, the Lunar surface parallels the separation the band feels from their changing post-modern society.

While prior Arctic Monkeys songs have touched on social issues and more intuitive, intrinsic thought, "Tranquility Base Hotel & Casino "is a monumental album of maturity from a musical, personal, and lyrical basis. Social commentary is shown to be something of a second nature to the band on this album, covering the ideas and changes our generations are currently going through.

The album begins with “Star Treatment,” giving off a classic and simple percussion base with a smooth, jazzy piano tune. The opening lyrics, “I just wanted to be one of The Strokes, now look at the mess you made me make,” may be the best way to describe the development and change of the Arctic Monkeys over time. Towards the beginning of their career, the band took heavy inspiration and influence from the 2000s rock-alternative band "The Strokes," mimicking their unique blend of synthetic vocals with a heavier beat and tone. The reflection of their past products and lyrics left the band in a state of trying to find their own identity within music, something seen as a struggle throughout their 12-year, six-album journey.

“One Point Perspective” describes the loss of childhood innocence and dreams as they progress into a more demanding and competitive society and enter into a bland adulthood. “American Sports” is one of the more blatant social commentary tracks on the album, giving an introspective look at a future dystopian society, struggling with the addiction to work and collapse of civility. “Tranquility Base Hotel & Casino” has a rather dark meaning underneath the simple description of a resort-style retreat on the moon. The song makes several poignant disses at technology’s influence and changes on romance in society and our perceptions on communication and intimacy being influenced by mass media portrayals of romance, online dating, and social media.

“Golden Trunks” is one of the tracks that blends the older style of the band into its new album, delving into modern-day politics and the nature of many campaigns and politicians bending and shifting around their views to gain the support of the masses, along with commenting distaste with the ideas of things constantly being publicized and promised with a lack of action from not only the officials and professionals, but also from the people on the other side of the screen. The verses mark several disses at President Donald Trump, "The leader of the free world reminds you of a wrestler wearing tight golden trunks. He's got himself a theme tune, they play it for him as he makes his way to the ring," comparing him physically to resemble wrestler Rick Flair. The comparison to a wrestler also emphasizes the aggressive, tenacious, and harsh whirlwind of blows to people that political battles have developed into.

“Four Stars Out of Five" most resembles the classic style of hit Arctic Monkeys songs, but merges it into their new identity by having the piano subtly in the background with the guitar making a temporary return to center stage. Giving off a strong David Bowie vibe, the song describes reviews and advertises this fictional land the band has created. It also describes technology’s influence of dragging people into its control, with technology addiction and media being such a common thing in society, and only growing in control and influence as time passes on. It also can be interpreted to comment on consumerism in our capitalist society, with the constant need to update experiences, create new, and appease the target audience of society, all whilst being judged by an online review. The idea of it being only four stars out of five rather than a perfect five stars creates this idea that no matter how ideal something may be, it can never fully appease everyone or maintain a "perfect" status.

“The World’s First Ever Monster Truck Front Flip,” while having a peculiar title, continues on the theme of infatuation with technology and how, while it may make things easier and more accessible, it has affected our motivation and emotional intelligence and cognition. “Science Fiction” combines the foreshadowing negativity of technology with the increasing influence of money and obsession with wealth and affluence. “She Looks like Fun” describes people’s perceptions of others through social media platforms, such as Instagram or Tinder, and the character that people create out of these profiles. “Batphone” follows the theme of frustration with technology changes to our interactions and media addictions.

The album closes with the melancholy, sad, and nostalgic tune “The Ultracheese,” an engrossing reflection on both the band’s past and society’s past of isolation and loneliness stemming from a grueling and tolling combination of fame, technology, and missing the simplicity and peace of the past. While the album’s songs critique, dissect, and preach ideas of a negative theme, “The Ultracheese” closes out with the line, “But I haven’t stopped loving you once,” showing that despite all the changes the band has undergone throughout their career and how the world has changed, their love and passion for music never faded, ending the album on a more positive note.

Overall, the album is a progressive whirlwind of maturity and depth from a beloved band, diving into real potential issues arising in our present and future with these messages encrypted into versatile and enticing tunes. While the initial response of many comes from a place of criticism and confusion due to the more abstract and strange nature of this album, along with the album straying away from the popular and appreciated style of the band, each individual chapter of this book of music grows on you, and leave you with a deeper and even stronger appreciation and love for the Arctic Monkeys.