We All Need A Tom Hanks Movie Marathon
Odyssey
CurrentlySwoonLifestyleHealth & WellnessStudent LifeContent InspirationEntertainmentPolitics and ActivismSportsAdulting
About usAdvertiseTermsPrivacyDMCAContact us
® 2023 ODYSSEY
Welcome back
Sign in to comment to your favorite stories, participate in your community and interact with your friends
or
LOG IN WITH FACEBOOK
No account? Create one
Start writing a post
Entertainment

We All Need A Tom Hanks Movie Marathon

His acting is real and genuine every time. 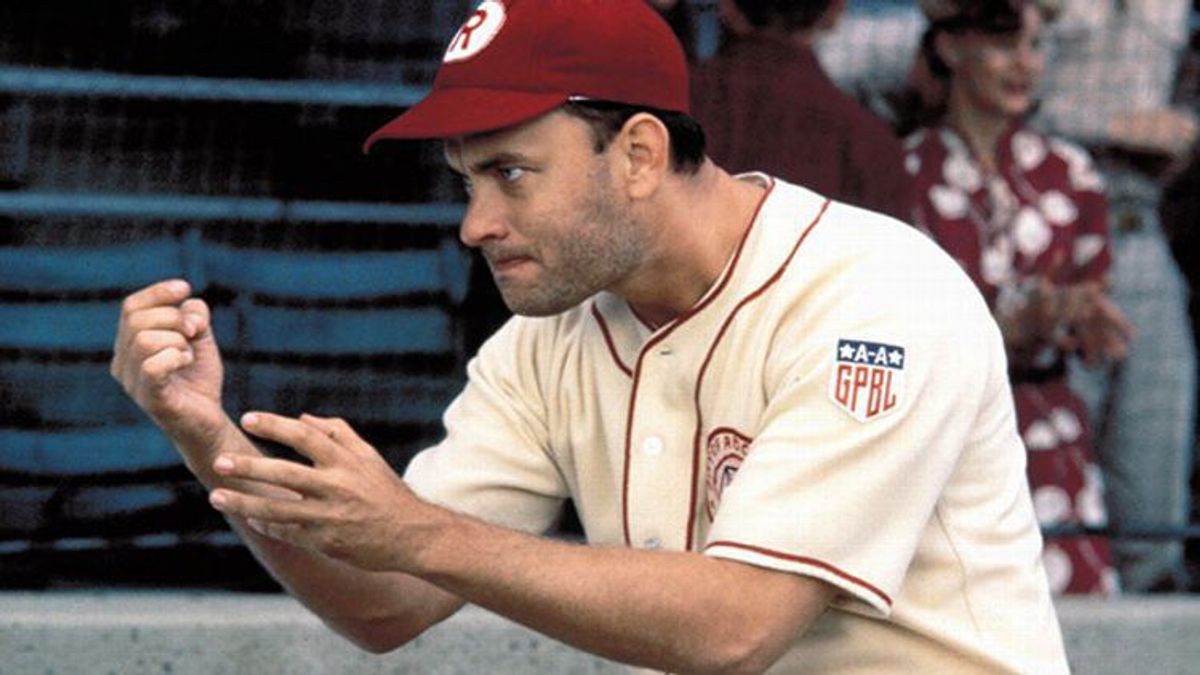 Here is an epic movie marathon that you really need to have soon!

A League of Their Own, debuted on July 1, 1992, where Tom Hanks played a grumpy and drunk coach named Jimmy Dugan. "There's no crying in baseball!" This movie takes place when the men are sent to war, and women are playing baseball. See what it was like to make it into a Women's Baseball League. The pitcher, Kit Keller (Lori Petty) and the catcher, her big sister Dottie Hinson (Geena Davis) are very competitive when it comes to baseball.

June 25, 1993, a Drama/Romance, called Sleepless in Seattle, made its debuted with the lead has Sam Baldwin (Tom Hanks). He plays a loving dad to a son named Jonah (Ross Malinger), but they have endured the passing of his wife, Maggie (Carey Lowell). This movie will pull at your heart strings like never before from a movie. I finally got to watch this movie and Tom Hanks is amazing has Sam. His acting is so real and genuine. Just wait, a leading lady named Annie Reed (Meg Ryan) is a writer and trying to find who she is really suppose to be in love with. Sam and Annie's world just may come together, all because of a radio station.

Forrest Gump, one of my all time favorites came out on July 6, 1994. Take a journey through the narration of Tom Hanks as Forrest Gump and prepare to love it. Tom Hanks acts alongside Sally Field, who plays his loving and inspirational mother, Ms. Gump. Then there is Robin Wright who plays his troubled childhood love, Jenny. Another important guy is Gary Alan Sinise as Lieutenant Dan Taylor, who is determined and brave. And last but not least, you will love the scenes between Forrest Jr. (Haley Joel Osment) and Forrest (Tom Hanks) because you can really feel the love of a father and son between them.

Then I recently learned that he is the funny voice behind the conductor in The Polar Express, that came into my life back on November 10, 2004. He was behind the voices of the Hero Boy, Father, Conductor, Hobo, and Santa Claus, which is five more reasons to love this Christmas Classic. He was also one of the executive producers for the movie. When you get on the Polar Express everything is more fun and real. Just believe!

Extremely Loud and Incredibly Close came out on December 25, 2011, took place around the 9/11 attack on the World Trade Center, so it is very emotional. Have your tissues close by, because Tom Hanks' character's family gets their world shaken. Watch how Oskar (Thomas Horn), loses his father, but finds a key that may just lead him on his father's final message to him. Through this movie you will see how grieve other takes his mother (Sandra Bullock), and how they feel disconnected for awhile because of all the grieving.

Toy Story series began in 1995, which is when animation gained a talented actor for their leading Sheriff. Sheriff Woody (Tom Hanks), is an all-around child's best friend of a young boy named Andy (John Morris), but he sees his position has Andy's favorite toy being taken by Buzz Lightyear (Tim Allen).

Then five years later, on November 13, 1999, your favorite characters are back in Toy Story 2, and things aren't good when a toy dealer Al McWhiggin (Wayne Knight) gets his hands on our favorite toys. See Andy's toys meet the Round-Up Gang, Jessie (Joan Cusack), Bullseye, and Stinky Pete the Prospector (Kelsey Grammer).

The story continues on June 18, 2010, and you will need tissues for this one. The gang is back and in a lot of danger when Andy is leaving for college in Toy Story 3.

To get you excited about re-watching or watching for the first time, here are some clips from behind the scenes. See the actors behind your favorite characters. And get ready for Toy Story 4, that is said to premiere June 2018.

I hope you enjoy these Tom Hank movie classics just as much as I have. Sheriff Woody has always been my favorite Toy Story character, and it is fitting that my favorite actor is the brilliant voice behind him.

Now enough reading about these lovable movies, and gather your squad up. You have a lot of movies to watch.

Nicole Marie Nigro
Individual Creator
9274
c1.staticflickr.com
Where to start...... Let me start with the cliche that life throws us curveballs and what we do with it is what counts.