I can be both. 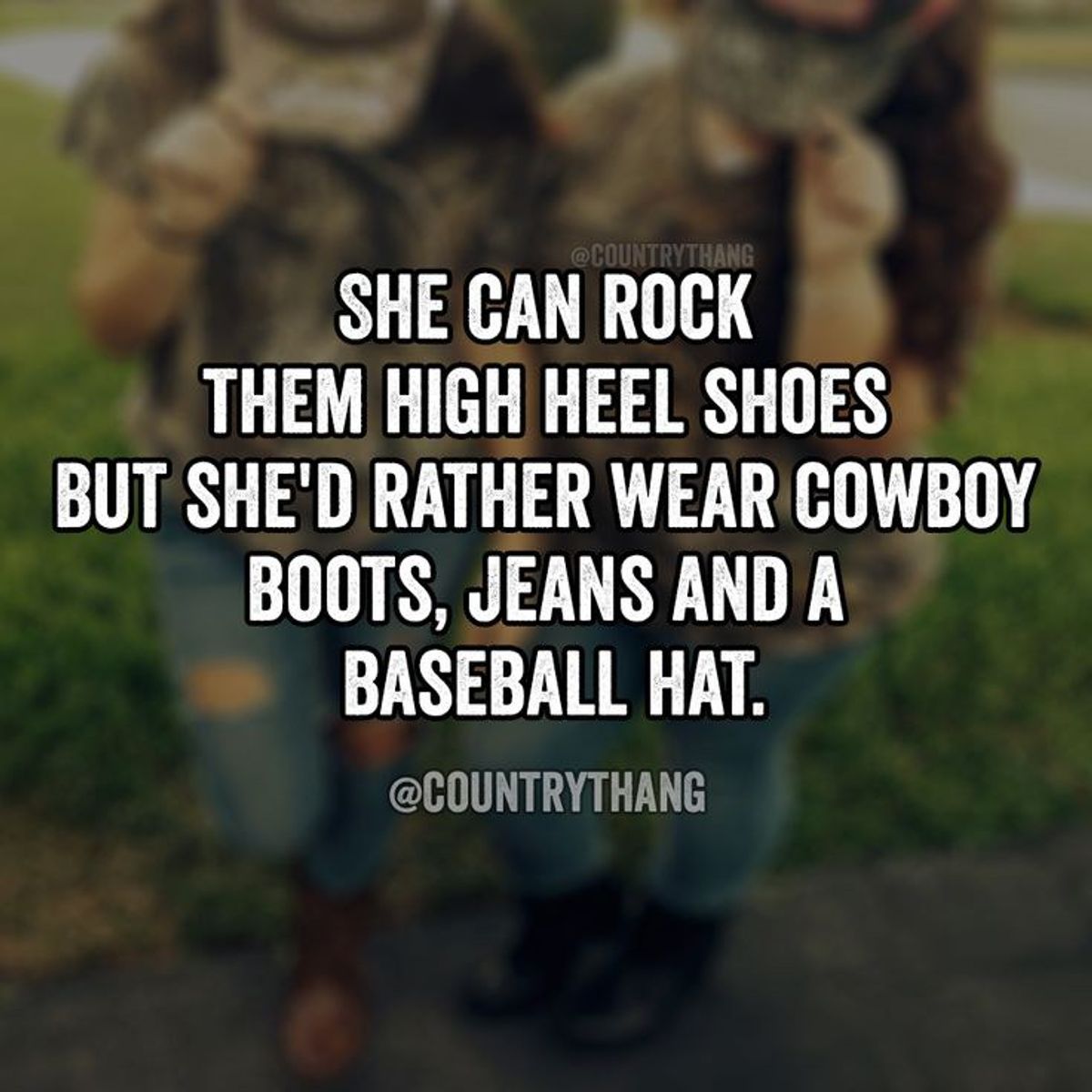 Having two different personalities is a good thing until it comes down to choosing which one I should be, the tomboy or the girly-girl.

Back home, I'm treated like one of the boys. I'm asked to go mudding, go fishing, go sit at a football game, and I enjoy it. A lot. I like wearing jeans, a long sleeve, and a hat out to go pick up food from the grocery store and it be normal. I like wearing my boots out to go help papa feed cows and my crocs are my first go to shoe when in a hurry as well.

But that isn't the case in Norfolk. If I wore my crocs, somebody would ask "what're those?" But where I live, if you didn't have Crocs then it should be on your Christmas list. I wear my boots with my dresses and get asked where I'm from because not many people wear cowboy boots. Lord help if I wear my hair up with a hat on. I'd probably be known as the girl who dresses like a boy. So I keep it elegant with my monogram boots (because in the South if it doesn't walk, it gets monogrammed) so I have a little Southern in me.

It's a lot different when the boys look as you as a dude until it's okay to dress up and then it's like I'm the most gorgeous person who walked this Earth. It's as if WOAH GIRL YOU LOOK GOOD is being screamed at you when they see me looking all nice. Especially in Norfolk. Since most guys are used to me being in sweats and a big t-shirt without even caring. The guys are very surprised when

There's plenty of reasons why I have two different personalities because I love living in the country but I've gotten fond of living in the city as well. Even though I will never truly leave 'home' I am thankful for the differences of being able to dress up and go casual.

Things are totally different between the country and the city and I am so thankful that I can rock both looks of being a girly girl and a tomboy at all times! Even though most of the times I would much rather wear cowboy boots than heels.

Kassie Hsu
Baylor University
3680
Panda Whale
Here are 100 things I'd rather to than study. I know the semester just started, but
Featured