Open Letter To My Subaru At The Beginning Of Its Lease
Odyssey
CurrentlySwoonLifestyleHealth & WellnessStudent LifeContent InspirationEntertainmentPolitics and ActivismSportsAdulting
About usAdvertiseTermsPrivacyDMCAContact us
® 2023 ODYSSEY
Welcome back
Sign in to comment to your favorite stories, participate in your community and interact with your friends
or
LOG IN WITH FACEBOOK
No account? Create one
Start writing a post
Lifestyle

Open Letter To My Subaru At The Beginning Of Its Lease

I learned too soon that absence makes the heart grow fonder. 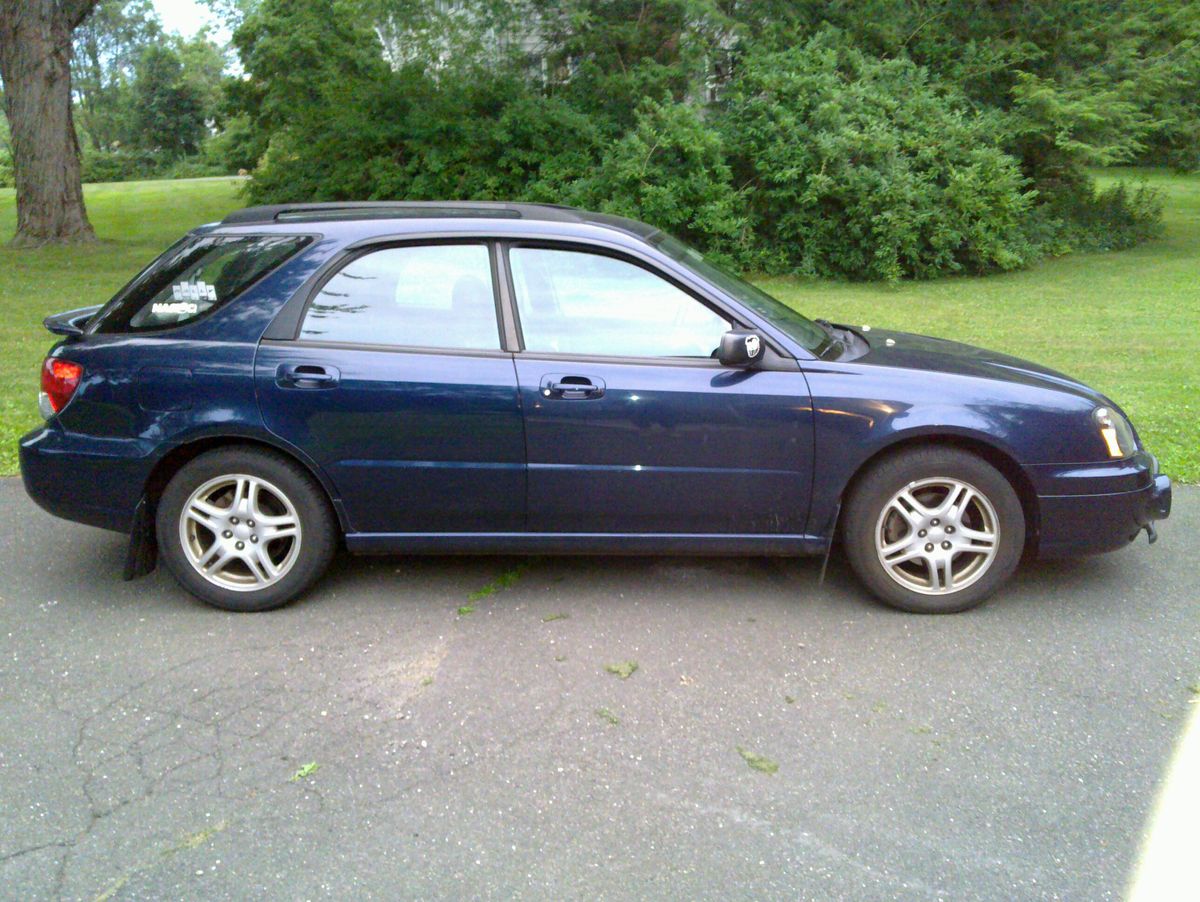 Back in November, I'd written a letter to the trusty blue Toyota Prius that I was about to return to the dealership. While I entertained leasing another Prius, I ultimately decided to return to my Subaru roots.

You, the 2018 Impreza, in some ways resemble that Legacy, and it's not just that pretty shade of deep blue. You're long and low to the ground and hug the road in a way that my Prius never could. I had yet to turn in the Prius when I signed my new lease on you, so it was my boyfriend that drove you home on the first day, while I enjoyed one of my last rides in the old car. My first excursion with you was, in fact, an Odyssey holiday party. I've never been a fan of driving in the dark. I hadn't gotten a chance to take you for a proper test drive; the first time I showed up at the dealership, there was a massive tailgate going on for the Florida Classic, complete with a car show that made driving near-impossible. The second time, we were just in a rush. Needless to say, I was nervous to take you out on the road, but we both got there in one piece. In fact, I was astounded at just how smooth the ride had been.

I'll admit after I signed the lease I felt a little silly. I'd grown up with Subarus, but I'd grown up in Pennsylvania, where the winter brings out a certain smugness in Subaru drivers, who can maneuver their way out of any number of sticky winter-weather situations. Now that I'm in Florida, I wasn't sure if I'd be able to take advantage of all you had to offer.

But after New Year's, when a cold snap brought chilly air to Orlando, part of me (albeit, a very small part) was excited to see a little "icy road" light pop up on your dashboard. I was still horrified at the thought of sharing the potentially-slick Route 50 with Florida Drivers who, let's face it, do some pretty questionable things even when it's 70 and sunny. Yet I was comforted. That indicator light was your way of letting me know that you'd keep me safe.

I immediately felt guilty that I'd already proven unable to do the same for you. When you and I got to my office that morning, I hopped out and took another look at the dent and huge scratches on your driver's side doors. My appointment with the body shop wasn't for another week, and as I'd left town shortly after that terrible morning when I discovered you damaged, you'd been sitting that way for too long.

I'd woken up to go to the grocery store that morning about two weeks after you'd become mine, and as I approached the driver's side door, I spotted the damage. I'd parked you on the street as I'd always done with my Prius. My boyfriend works nights, and this way, he could park in the driveway and I wouldn't have to wake him up early in the morning because I needed to be somewhere, and he'd parked me in.

I haven't parked on the street since. With my boyfriend's schedule being opposite mine, it's resulted in a lot of waking each other up to move our cars out of the way. But at least such a hit-and-run won't happen again.

You were still drivable, for that I was thankful, and of course, I was not driving you when it happened as I slept that night, so I wasn't hurt. But I felt so bad that you were.

I wanted nothing more than to catch the person who did it, but all I had to go off of was my neighbor's shaky Ring footage (of a pickup speeding backwards around the corner for reasons that will always be unclear to me) and a few scraps of flimsy white paint from whatever car had did the deed. I wandered around the neighborhood for weeks, looking for a truck whose white paint was cracking, whose façade now housed a few dark blue streaks, to no avail. I vented on Nextdoor hoping that somebody else would spot the car, but all I got were a few sympathetic responses. I had hoped that even if the driver hadn't come clean, that maybe he or she had seen the post - just to take in the "I've had this car for less than a month" detail and feel guilty about what they'd done, if they even remembered doing it. I can't see why anyone with a reasonable BAC level would think to round a corner in reverse.

The cops, the nice lady at State Farm, the guy at the body shop, were all outraged on my behalf when they realized just now new the car was.

I was even angrier by this unknown person when I took you for repairs and found myself driving a rental that shouldn't have been so shoddy at just 35,000 miles. The roads were no longer icy, but it still got cold at night, and I longed for your heated seats, the ones that I'd been worried would go unused in Orlando, even though they'd been all I ever wanted in a car.

I picked you up yesterday and you looked as beautiful as you had the first day I'd seen you, that day when a football game kept me from taking you for a spin. It was 4:30 PM and there had been an accident somewhere on the one-lane road where the body shop sat. Needless to say, I didn't quite enjoy our ride back to our home but driving to work this morning, I was as happy as someone could be navigating traffic at 7 AM.

So our adventure together begins again. To school, to Disney World, to the Beach. Who knows where to after that? I hope you're ready to go anywhere and everywhere. I sure am.