This Viral TikTok Cleaning Hack Changed The Way I Clean,

This Viral TikTok Cleaning Hack Changed The Way I Clean, And You NEED To Try It Too

Seriously, my world will never be the same. 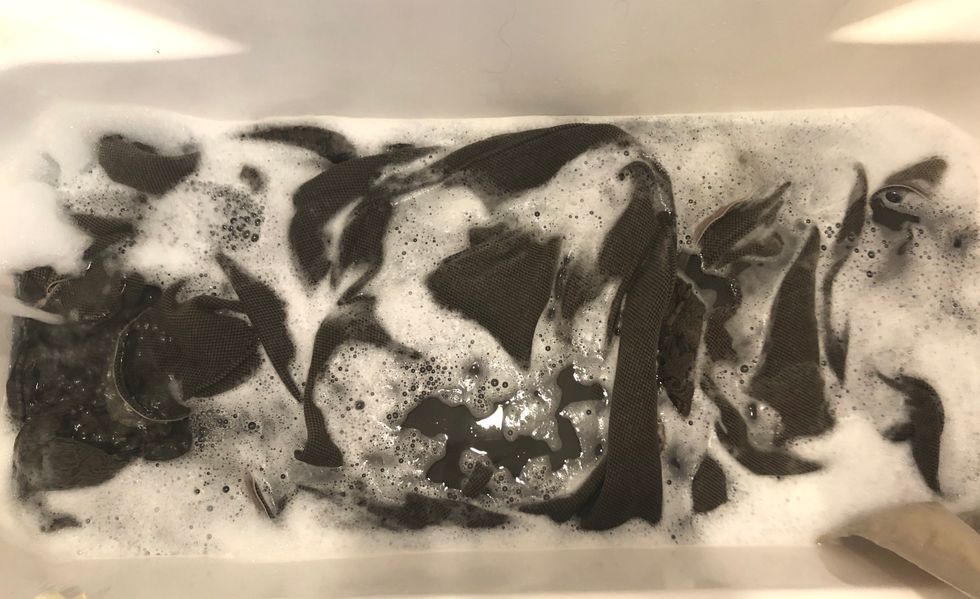 TikTok teaches me something new every day, seriously! This time around it's a cleaning hack that has seriously changed how I'm going to clean forever.

The thousands of TikToks uploaded using the hashtag #CouchStripping are enough to show you this is no joke.

So, I decided to include my (very gross) pictures as well, to really show that this is no joke of a hack.

She soaks her couch cushions in the ingredients, and within a few minutes, you can see a ton of dirt and grime come out, and after soaking for a few hours, her entire bathtub is covered in dirty water from the cushions.

Commenters shared that the dirt coming out of the user's video wasn't their fault, but a result of the chemicals in their laundry detergent that simply added a new layer to the fabric instead of stripping the old dirt and grime away.

After reading this and watching this video, I knew I had to try this on my own couch cushions at home.

Though we wash ours monthly, we've had these for over 10 years — I wanted to know how this was going to play out.

Here are my couch cushions, soaked in the mixture in my bathtub. Notice the white bubbles! This was just right after I had put them in the tub.

Here is the aftermath of what my tub looked like after I soaked the cushions for four hours.

I was shocked, excited, and also a bit grossed out at the end result here.

You can't see much here, but even when I drained the tub, there was plenty of dirt and grime left on the bottom, and I wash my cushions every month!

After I took the cushions out, I put them on a rinse only cycle in the washing machine and dried them outside since it was a sunny weekend.

My couch looks, smells, and feels so much better.

Though I was extremely skeptical of this trend, I can safely say since washing my couch, I've washed backpacks, comforters, towels, and so much more using the Borax hack.

This is definitely staying in my cleaning routine. Thanks, TikTok!