Reselling Thrifted Clothes Might Sound Smart, But It's A MASSIVE Harm To Low-Income Communities

Low-income communities depend on thrift stores as their main source of clothing and Depop resellers have made it much more difficult for them to buy the clothes they need. 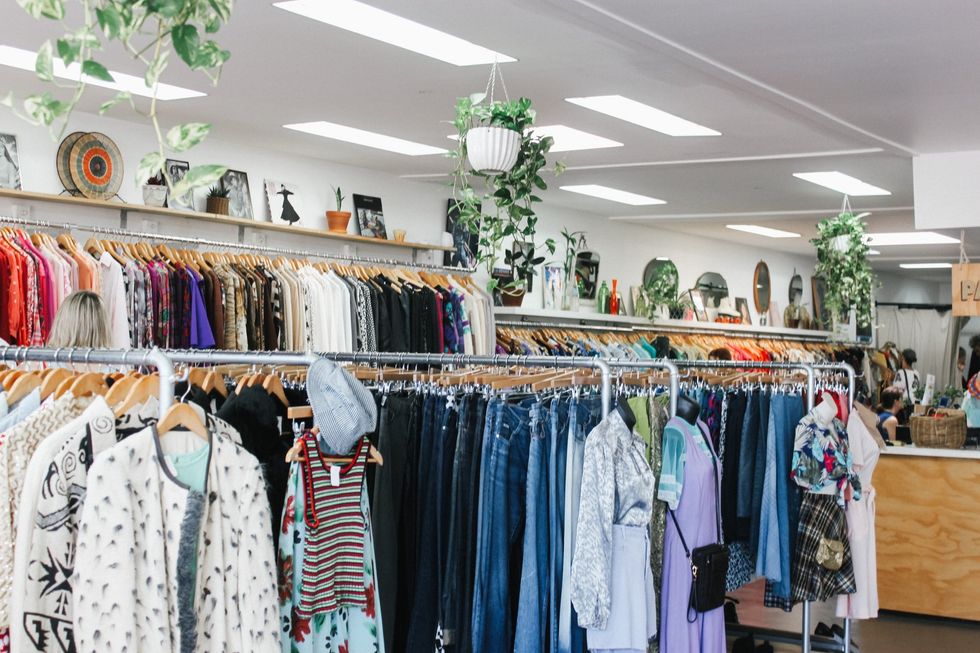 Reselling clothing on Depop that was originally bought at a thrift store has become an extremely popular small business these past few years. And while these sellers may be helping this clothing find a new home and avoid a landfill, they are still negatively impacting the communities that rely on thrift stores, even though it was unintentional.

It has caused thrift stores to increase their prices and have less clothing available in general. I have seen this happen in my local thrift stores where just a few years back a shirt from Goodwill would cost around 3 dollars, and now I have seen shirts for as much as 10 dollars.

I am positive some of you may read this and think "10 dollars for a shirt isn't even that much."

It may not be much to you because you are privileged enough to be able to afford clothing that is priced that high, but for many people, it is not financially possible for them to spend 10 dollars on a shirt.

Low-income communities depend on thrift stores as their main source of clothing and Depop resellers have made it much more difficult for them to buy the clothes they need.

One of the main points made in their argument is that thrift resellers make the clothing more widely accessible by taking it out of the stores and selling them online.

It may make it more accessible for those of us with an internet connection.

But, they are failing to recognize that many low-income households do not have internet access, and their only option is to shop in-person at a thrift store.

Ghost Soda's post also tried to explain that the rise in thrift store prices is not due to resellers but the popularity of thrift stores increasing in general.

Even though it is true that more people have turned to thrift stores recently in an attempt to shop more eco-friendly, Depop resellers cannot deny that they have had a huge role to play in thrift stores becoming more popular. Now that the general public can see that you can make money off of reselling thrifted clothing, more people are going to thrift stores to try to start their own reselling business.

Ghost Soda claimed that resellers do not make as much as people believe.

The fees that Depop and other selling platforms take and the costs associated with shipping are astronomical.

The example they gave was that if a reseller sold an item for 20 dollars on Depop that was originally 4 dollars, their net profit would be 5 dollars after the fees, shipping costs, and cost of the item are factored in.

Even if Ghost Soda's cost breakdown is one hundred percent accurate, it does not change the fact that the buyer still has to pay those 20 dollars for an item that was originally 4 dollars.

This makes the item inaccessible to the low-income communities it was originally meant to go to.

Another problem that I have with thrift resellers is that since it's currently trendy to wear over-sized clothing, resellers buy and sell a lot of plus-sized clothing, which leaves a limited supply for plus-size, low-income people.

Ghost Soda defended thrift resellers by stating that they are not taking away resources from other people because thrift stores will be resupplied infinitely.

Even though it's true that thrift stores constantly have new clothes being donated, resellers are always going to go after the pieces that are in style, which happens to be over-sized clothing right now.

Even when the stores get new plus-size clothing, they will be taken by the resellers and the plus-size people will still be left with nothing.

Thrifting is a great option if you want to do your part in shopping sustainably.

But, taking advantage of low thrift store prices in order to make a profit by reselling is unethical and directly harms low-income communities.