This Week In Mom Fails

Personal failures that should make you feel a little bit better. 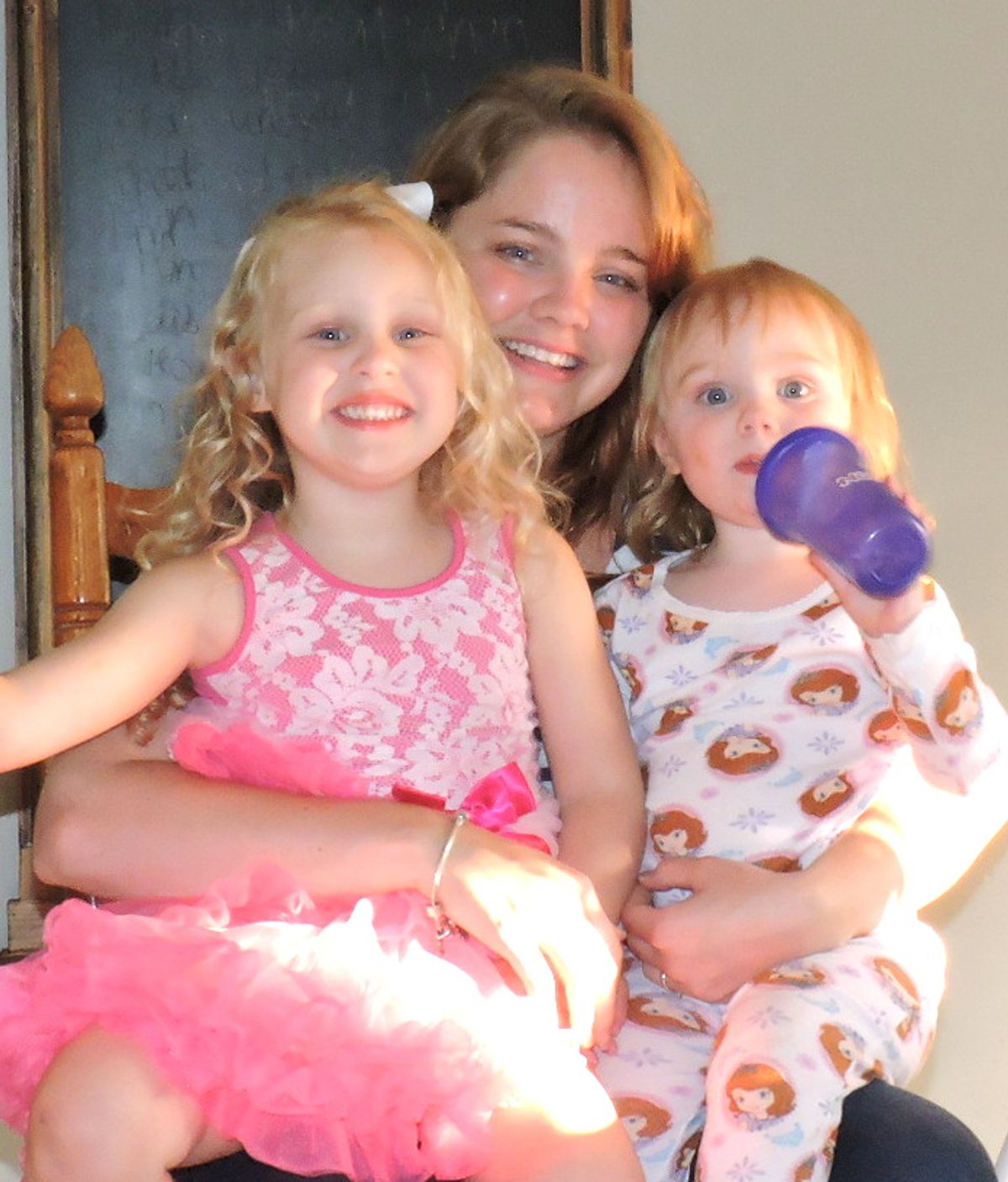 As moms, most of the time we focus on the things that we didn’t do right. Before we go to bed, we dwell on these things, tell ourselves we will do better only to do something just as bad or worse the next day. I see this over and over again in my mom groups that I’m involved in and even more in social media feeds. If it makes you feel any better, here are some of my mom fails from this week alone.

1. Too much screen time.

Guilty. In fact, I’m convinced that the tablet is the only reason why our oldest knows her ABCs, almost all the shapes, most numbers and every color. She can also do basic puzzles and connect the dots. It’s amazing.

I try to cook a warm breakfast two or three times a week, but let’s be honest, poptarts are always in demand. I could make a gourmet spread and I guarantee that poptarts would go first. I can’t compete with that.

3. Forgotten to change a pullup before bed.

You can imagine how this ended up. And I’ve done this several times. Even if I cut drinks off at 7pm, sheets still get soaked. I’ve also forgotten to put a pullup on our oldest, who is potty trained, just hasn’t mastered night time potty training.

I will not admit to how many times this happens. They always remind me once they’re half asleep in bed too. It wouldn’t be that bad, but again, they remind me. We always make up for it in the morning.

5. Gone two days without a bath.

Good grief. Did you know it took me an hour and half the other night to bathe, brush teeth, cut nails, put lotion on, comb through the hair and put pajamas on both of the girls? I don’t understand how people with more than two kids can handle it. I'm still trying to figure out how more kids don't look like homeless kids from a Sarah McLachlan commerical.

6. Let the oldest wear the same outfit two days in a row.

Sometimes it’s just not worth the fight. For real. I have tried reasoning with this kid on more than one occasion, and it’s not worth it.

7. Dropped a four letter word while yelling at the oldest.

See the above. There are some things that aren’t worth it. I argue with this kid more than any person I’ve argued with before. She has to have a reason for everything, logic has to back it up and order has to follow. She’s a very type “A” person.

8. Ignored the youngest when she baby talks.

I do consider this a fail only because when the youngest gets upset or cranky, she does revert back to baby talk. She got hurt late last week and I ignored her until she could talk clear. Afterwards I felt terrible because a bruise started forming on her face from where she fell.

9. Let the youngest eat nothing but clementines for dinner.

Yep. This is a major fail. I always make the girls eat at least three bites of everything before letting them push their plates away. But this week, I was weaker than my youngest. She took one bite of everything and I gave in. Besides, having too many clemenintes will lead to nasty poops and maybe she’ll stop.

10. Thrown the McDonald's toy away by accident.

Yes. And they cried. They were the little cute barbies. I didn’t realize they were in the box before I tossed them in the trash. I wasn’t going to admit that mistake by digging through last night’s uneaten dinner to drag the barbies out, so we ended up going through the drive through again the next day.

11. Forgotten to take care of myself.

This is the biggest mom fail of all. I worry obsessively over our girls. Every fever, ear ache and cry and I’m right there making sure everything is okay. I lose sleep over their futures, hoping they can be leaders of a brighter tomorrow. I always put myself last. But in reality, I need to put myself first so I can be the best mom possible. Instead, I’m sick, in bed, writing my article hours past the deadline.

While moms look like superheroes to most and especially our children, we are human. We make mistakes and fumble like the rest of society. Raising children is one of the hardest jobs on the planet. It’s a miracle that any child makes it past the age three, or that could just be my skewed version of the world right now. Don’t beat yourself up over the little things. If you’re like me, you have least 14 more years to make a major mistake.

Nicole Marie Nigro
Individual Creator
7622
c1.staticflickr.com
Where to start...... Let me start with the cliche that life throws us curveballs and what we do with it is what counts.