Neko Atsume: This Could Be Paradise

Neko Atsume: This Could Be Paradise

Do you want a yard full of kitties? Yes you do. 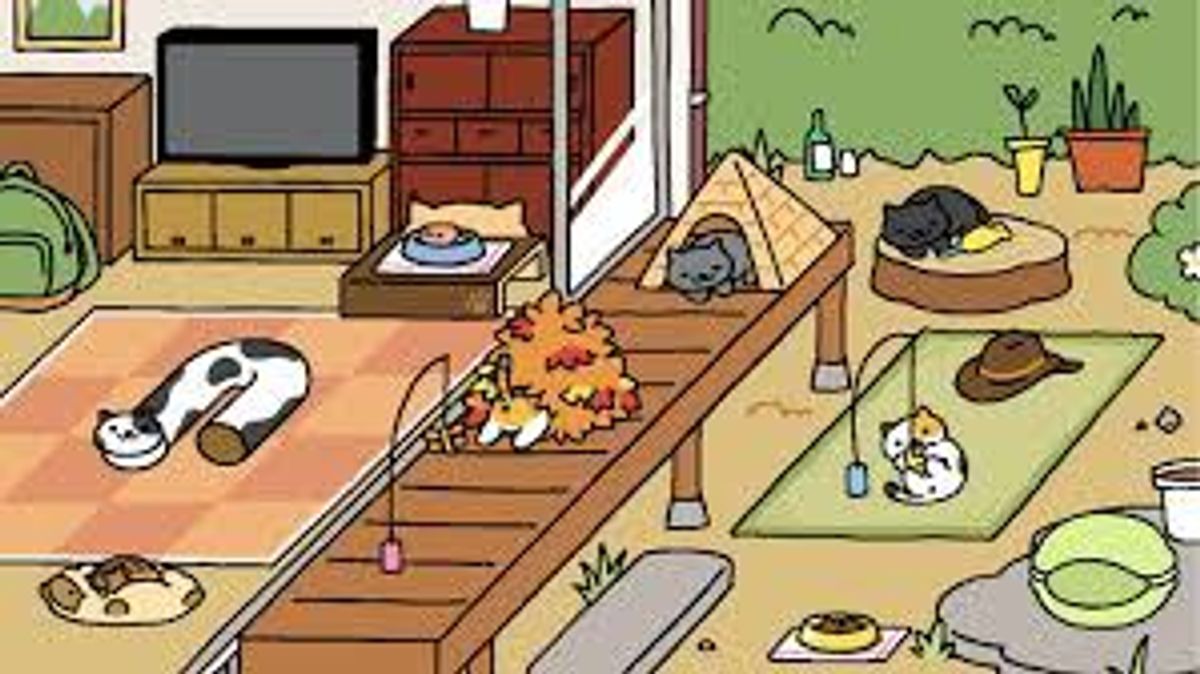 When I was a much younger and less wise girl a month ago, I would awake each morning and ignorantly check Facebook and the other boring apps that the iTunes store told me were “essential," thinking that they had some comfort, diversion, or information to offer me. This little routine continued uninterrupted until the day my wonderful friend, Karen, told me (indirectly, via a post on Instagram) about this app called Neko Atsume.

Now, Neko Atsume isn’t just any app. I’ve actually ceased to think of it as an app. It’s more like a cat garden to me now. That’s right, it's a garden full of fuzzy, roly-poly kitties. Neko Atsume is a game (in the sense that you can collect cats like Pokemon) in which cats visit your yard and leave you gifts (silver or gold fish).

You can then use these gifts to purchase things for your garden such as a toy train, a cardboard cat cafe, or, you know, a doughnut shaped tunnel. These goodies then cause even more cats to visit your yard. Cats that are pleased with you will even bring you "mementos" such as seeds, ribbon, or little mittens that they find on the street (there's no dead mice as of yet). These are their way of telling you that you've won over their affection and that you don't have to do much to get them to keep coming back.

Once you start playing, you realize that there are a variety of cats and you ultimately develop favorites. Mine is Fred. Each cat has their distinct personality and Fred's is "Lady-killer" (if you meet his little ginger self, you'll see why). Some of the cats are “rare,” in that they have more of a personality/identity than the others (Señor Don Gato, for instance). You can attract these specific cats using particular goodies. Some are more elusive than others (not Tubbs—if you leave out any food more expensive than Thrifty Bits, he will come) and when these rarities come, they generally leave you with more gold and silver than the normal cat.

Anyway, the real reason that I think that this app is great is because, instead of checking your Facebook,Twitter, or Instagram incessantly (wherever you get your social media dosage from), you can just check on your little cat friends and see how they’re doing. It’s low pressure, low stakes, and high reward. Also, for me, as someone who has had animals for her whole life and who now misses them in college, it's nice to be able to take care of something.

While this article may seem a bit over-the-top, the truth is that my addiction to Neko Atsume is very mild compared to some others. If you google it, which you inevitably do once you start playing, you’ll even find a subreddit dedicated to the game. I’ve only skimmed it briefly, but I do recall someone saying that they wanted the theme song played at their wedding. Warning, this game is highly addictive (but also highly enjoyable).