Watching the World Cup with a French family? 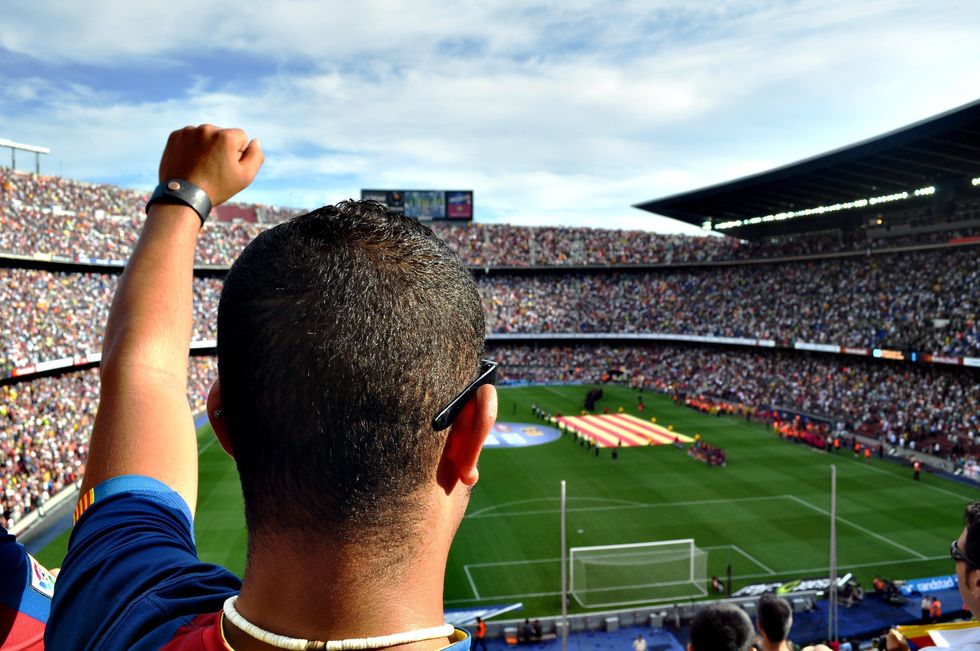 It's FIFA's prime time! Soccer lovers from brand new to intense are excited to see how The 2018 World Cup is going to turn out. This worldwide competition takes an entire month, demonstrating the talents of soccer players globally. This year it started on Thursday June 14th with thirty-two of the nation's teams gathering in Moscow, Russia. Teams play against each other to earn points, hoping to earn enough to get the chance to play at the end. The final game on July 15th determines the winner of the prestigious 2018 World Cup.

So far, Cristiano Ronaldo of Portugal is the top scorer, a favorite player both for his skills and his looks, with Denis Cheryshev of Russia and Diego Costa of Spain next in line. In 2014, Germany won the 2014 World Cup with Argentina as the runner up. Who will it be this year...? (eee!)

In every household, flags are waving and languages are flying. Families are hunkered down in the living room, ready to cheer for their favorite teams and players throughout all the games. This time I got a special treat.

A few years ago, my mother married a Frenchman. He is literally as French as it gets. He has a thick accent, drinks cappuccinos throughout the entire day, runs a gourmet French restaurant... I could continue for days. Let's just say visiting home is pretty awesome.

This past visit home, I learned that football or, as we Americans call it, "soccer" is the most popular sport in France, even more than tennis which they watch year round. My mother and I found it quite amusing to see how invested my step family was in The World Cup. Their reactions were more entertaining than the sport.

So in case you find yourself in a house covered with red, white, and blue flags that are not for America, here are 10 things to know about watching The World Cup with the French. Let the twitchy moustaches commence!

They will wake up to watch the game at 6AM in their time zone.

He said he was going to and we all thought he was crazy. I temporarily woke up around 7AM and literally heard the TV...

All will have cappuccinos in hand.

I can guarantee you it was not from a Starbucks cup. Them French have their own espresso machines...

They will be wearing a soccer team jersey that says “FRANCE.”

He wore it home, he wore it to work, and then he came home in between work to watch the games for his teams.

You’ll see crumbs from a homemade croissant on the coffee table.

Hmm hm! Homemade croissants are nothing like the ones you will find at coffee shops... Delish.

I kid you not. The first time he did it I thought it was a car horn.

You’ll hear Franglish such as “Allez, come on!” and “Awww I cooould have dun zat!”

There were a couple other words but I will not share them here... #filthylanguage

My mother felt the need to warn me beforehand so I wouldn't think there were shenanigans from the bedroom... xD

When the French aren’t playing, they root for their favorite players that are sprinkled across other teams.

This took me the longest to figure out. I kept wondering how can there be this many games JUST with the French team?

They know a strange amount of detail about every single player on the team and will analyze their achievements and moves. The girls also analyze the players’ rate of handsomeness.

I could hardly tell the difference between half the players on the same team, let alone pick them out so easily! My family went on about their history and other teams they played for. Also, some girls are really into sweat.

The snooty black house cat will sit in your lap for protection from the crazy screaming people.

Isn't he so handsome? Maybe it's just me. We had some lovely cuddle time while the family would silently watch with intent and then sporadically holler.

See you in four years!