Things To Do If You Ever Find Yourself In Charleston, South Carolina

Things To Do If You Ever Find Yourself In Charleston, South Carolina

There's also something new to be discovered if you look hard enough! 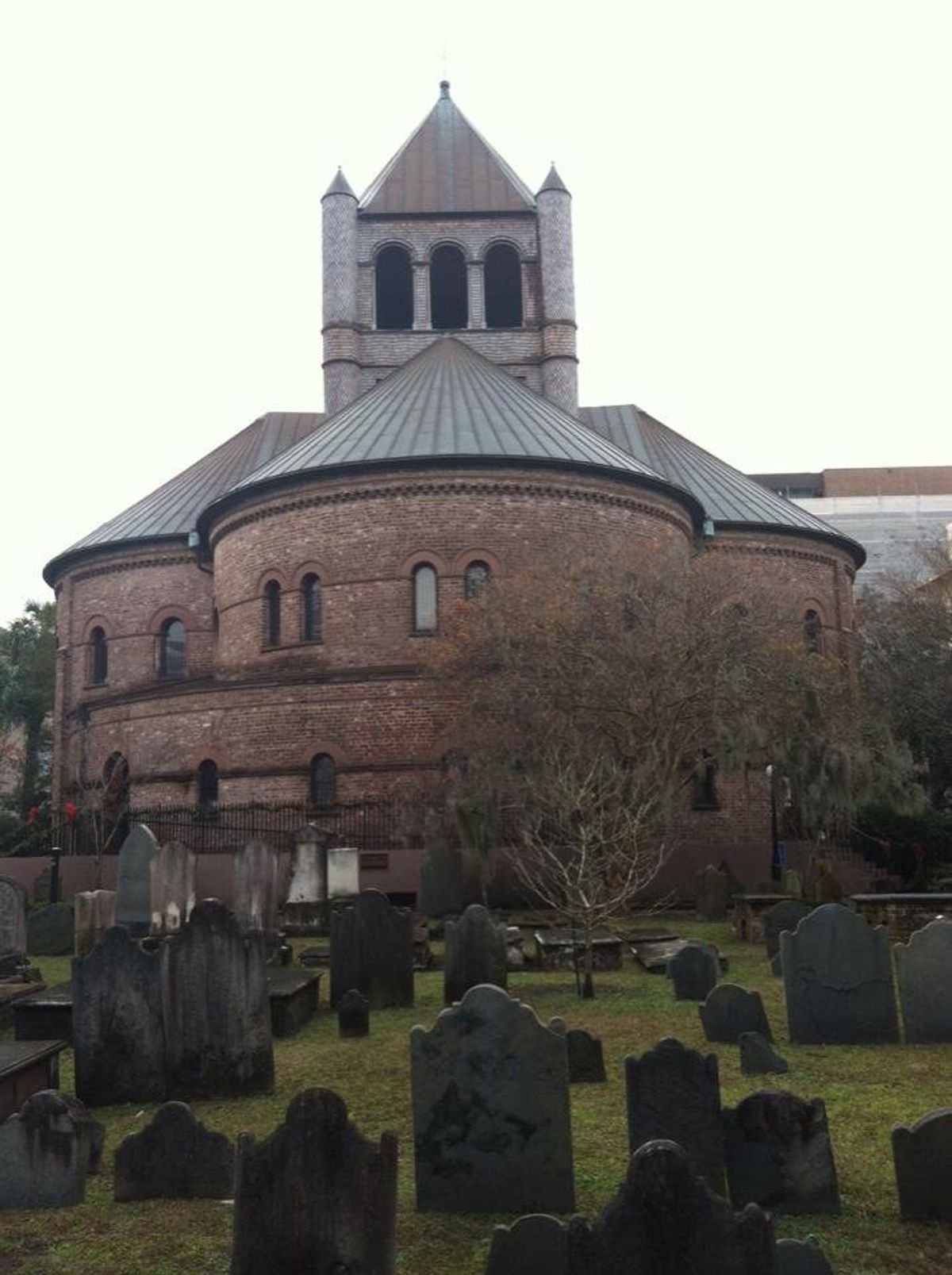 Recently I traveled to South Carolina with some of my family members to ring in the new year. So if you ever end up in Charleston or any of its surrounding areas, here are some things that you could do!

The beaches on the East Coast are so much prettier than the ones near me and the waves are huge! It's a great place for surfing or just to wave watch. There's also a great view of the Morris Island Lighthouse on Folly Beach that can be accessed through a short walk down the Walk in Love trail. This features numerous graffitied hearts and words of encouragement along its path! Folly Beach includes lots of shells, huge rocks, tons of driftwood, and sometimes shark teeth! And if you're lucky enough (like I was!) you might even spot a dolphin or two!

Charleston is home to numerous ghosts and ghost stories, and people who know how to tell them. You'll get to know some of Charleston's most famous spots for ghost detection, plus you get a little bit of Charleston's background and history!

3. Dine out at one of the many restaurants and cafes.

Everyone knows that the best part about traveling to new places is the food! Charleston has all kinds of selections from seafood to southern, all the way down to gourmet steakhouses. Whatever you're craving, Charleston has it, and even the pickiest of eaters can find something on the menu.

Charleston has a lot of history, so in order to preserve the culture and beliefs of its ancestors, it erected museums and monuments all the way from art to the Confederacy. You'll see battle-torn flags and clothes that some of the soldiers wore during the Civil War. Old letters and weapons found on battlefields during the aftermath. And it's a great way to see a lock of General Lee's hair!

5. Visit some of the Plantations.

South Carolina was a slave state and Charleston harbor saw some of the first slaves when the settlers immigrated there. So naturally, Charleston erected and maintained many slave plantations. While no longer operational, you can access these plantations on a guided tour, where you will learn more about how a slave worked and lived on a daily basis, as they underwent harsh conditions.

6. Visit some of the old cemeteries and churches.

Charleston has a ton of really old churches (even a French Huguenot church) and really old cemeteries that are really awesome to see! It's always peaceful and serene inside the churches and outside in the graveyards, so it's a great place to relax and unwind and look at some really cool architecture and tombstones. You can explore them anytime within visiting and operational hours. But be warned, the graveyards are really old, so be careful with them!

South Carolina played a major role in the Civil War and Fort Sumter played a major part in the defense of the Confederate soldiers after they took the fort and held it for nearly four years against Union attack. You can take a boat ride through Charleston harbor where you get nearly an hour of self-exploration of the fort. You can also visit the Fort Sumter museum located inside the fort, where you learn more about the soldiers and how they survived nearly four years under siege. It will teach you that the Confederates didn't fight a losing battle, but instead, they fought for what they believed in.

So yeah, Charleston, South Carolina is a great place to visit by yourself or with the people you love. Particularly for those who really enjoy history, especially the Civil War era!