11 Things We All Adore About Autumn

The basic obsessions we all have with fall are officially upon us! 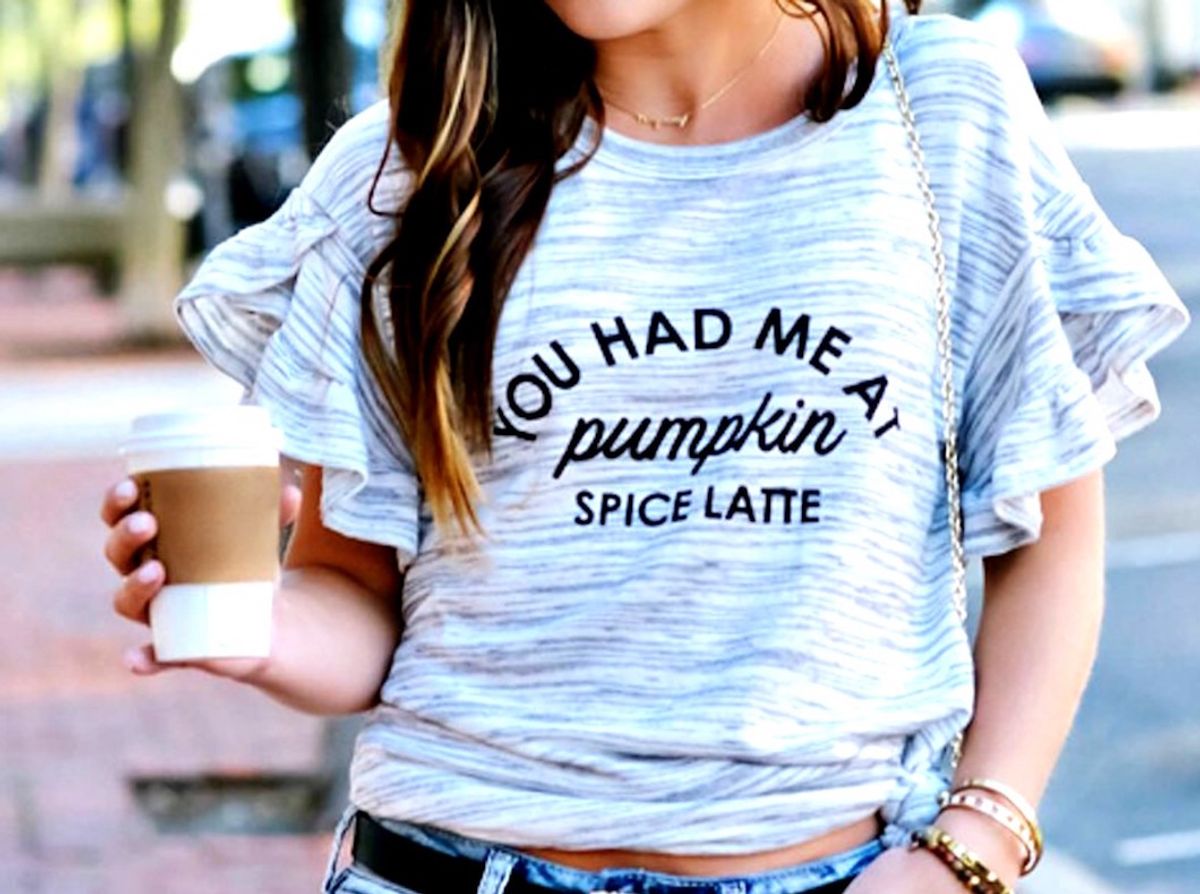 Of course, coming in at number one is the infamous pumpkin spice. Pumpkin spice lattes, cookies, candles, and even cereal hits the stores before it's even technically fall, but who could complain? It seems that pumpkin spice season comes upon us so quickly but leaves us even sooner.

Although it may not be as popular, cinnamon apple is a great scent and flavor for the fall season. Apple cider, cinnamon apple scented candles, and apple pie all serve as a happy substitute or partner for pumpkin spice.

Though not everyone enjoys watching football games, football tailgates never fail to be a blast for everyone involved. You don't have to root for a team or know all of the plays; you can simply enjoy good food and fun music while hanging out with tons of people you like.

The best time to wear a striped sweater... wait for it... IS ALL THE TIME! When the leaves start falling, we've officially hit the point in the year that it's chilly in the morning and throughout the rest of the day. No one likes the point where it's freezing in the morning and 80 by the time the day really gets going, but once we hit that consistently shivery weather, fall has officially arrived. Sweaters, leggings, boots, and cute scarves finally make their way out of our closets and into the real world for the best part of the year.

Going and picking the perfect pumpkin is always a blast whether you're a little kid with your parents or a young adult with your roommates. Let's not forget how fun, and disasterous it can be trying to carve them into exactly what your stencil shows that it should look like.

Booze and boos are in full swing for this season's popular drinking festival. Most people love a good beer, especially when surrounded by fun activities, good music, and cozy fall décor.

Everyone loves a good scare, especially when the weather is perfect for cuddling up with bae so he/she can "protect" you from the haunted house actors or movie characters. October, the official month of horror movies, haunted houses, and loads of candy, has to be the peak of fall for sure.

What's better than stuffing our faces in honor of the Native Americans being killed off by the Europeans who came to steal land and lives??? Okay, maybe when it's put like that, it doesn't sound extremely appealing; however, no matter how you slice it, the holiday is a loud of bull. Either way, who doesn't love a national excuse to gain a minimum of 10 pounds in one day?

Right after the celebration of bullshit where we pretend to be grateful and not hate our families, we go right back to the normal American way of bulldozing over anyone in our way. Deals are more important than people's sanity and safety of course, so if you're not super competitive, this day may not be for you.

Sitting around a fire while drinking and roasting marshmallows may be one of the oldest and best traditions of fall. It's an easy and cheap way to be able to bond with your best buds.

Although some may say that it's a disgusting trend, I'm all for an excuse to let my legs get to Chewbacca level for one month out of the year. I save on razors, time, and I don't get cold as easily.