The Intrinsic Value Of Education
Odyssey
CurrentlySwoonLifestyleHealth & WellnessStudent LifeContent InspirationEntertainmentPolitics and ActivismSportsAdulting
About usAdvertiseTermsPrivacyDMCAContact us
® 2023 ODYSSEY
Welcome back
Sign in to comment to your favorite stories, participate in your community and interact with your friends
or
LOG IN WITH FACEBOOK
No account? Create one
Start writing a post
Politics and Activism

The Intrinsic Value Of Education

Education has another type of value that is not monetary. 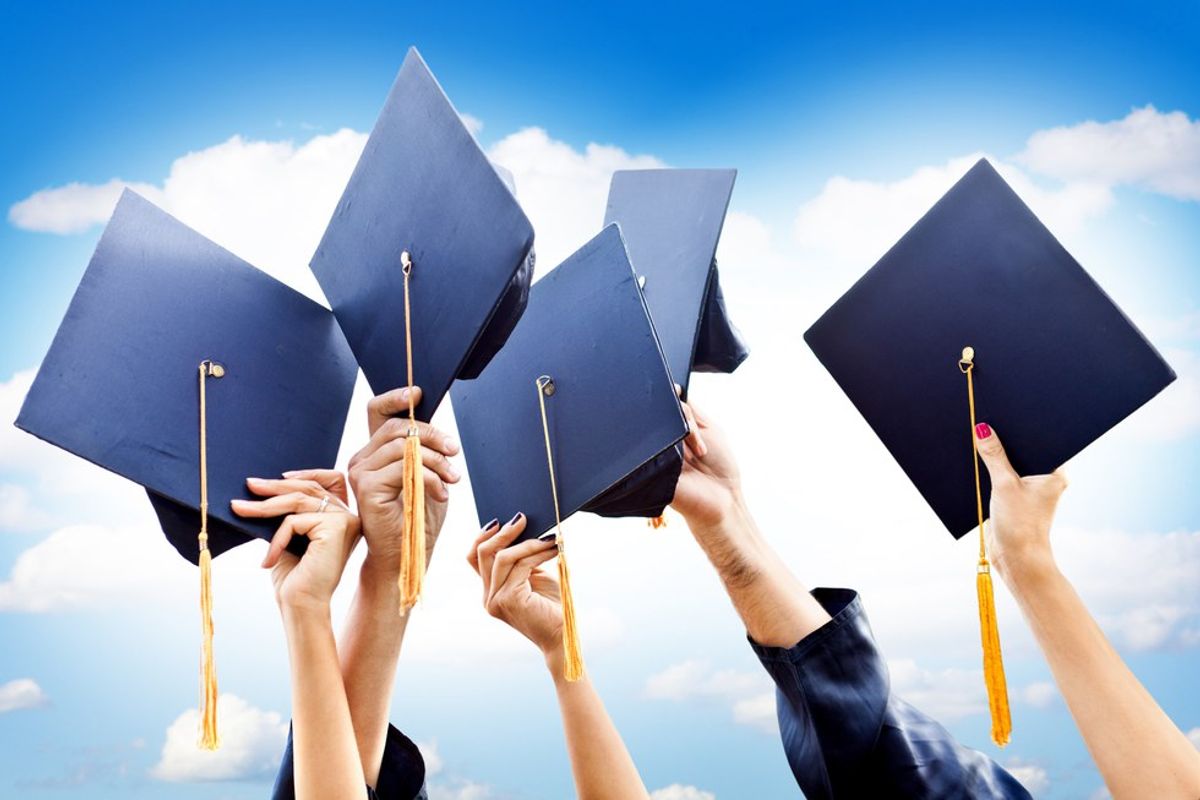 If someone asked you to list one thing that had important value to you, what would you tell them? The word "value" may trigger a different response from person to person. Some would answer the question with something that has immense monetary value. Others might answer the question with something with more intrinsic value. There are many types of value for objects or concepts. Whichever one is given to a particular object or concept influences how we talk about it and what we do to uphold its value. With recent debate about the cost of college education there is political tug-of-war between free/affordable college and keeping college high-priced. This article is not about finding a common ground between the two, but merely to talk about education from a perspective that offers a different type of value.

The common rhetoric for education is one that places high monetary value on it. Parents may consider college as the cumbersome bill that they must foot in order to give their child or children a pathway to success. Politicians will talk about education usually in terms of cost regardless of their political leaning. The media will usually bring up college when it talks about trends on college campuses or about tuition cost. However, one major demographic of Americans that discusses education with regard to its intrinsic value is teachers. This should come to no surprise. They are the intermediary between what a student can potentially learn and what they have learned. They facilitate the learning process through their own pedagogical principles. In order to be a teacher, there is a type of value for education that extends far beyond just money. When a teacher truly cares that you have mastered their course material they feel that their students have truly succeeded in their course. Their students can now use that newly acquired knowledge and skill set in future courses and in their future careers as tools for their own success. Note, that a teacher rarely ever perceives the education of their students in terms of money. There is a different level of understanding for what an education truly means. It is this perspective that, unfortunately, is not the dominating one.

We can examine the type of value our country places on education. For example, school teachers are highly underpaid in their career fields compared to some non-education career fields (professional athletic coaches for example). Another example includes the common notion that modern day students, the millennials, are lazy, entitled brats who do not want to work for anything and are unable to foot their education bill like the generation before them was able to. This notion falls short when you examine college tuition from the 1970s compared to today. College tuition then was merely a few thousand dollars’ total compared to $40,000 plus today for the average student. There is already an immense amount of work that goes into being a student, which becomes the epicenter of every young person’s life when they enter college. It’s almost a full-time job. To work the necessary amount of hours for four years at minimum wage, which did not adequately rise with the inflation of college tuition, would be impossible. To truly meet the financial cost, you would have to have some type of support system. However, you then get into the other hairy aspect of education which is the significant difference in who is able to afford their tuition. With the widening wage gap in the United States, it comes to no surprise that less and less students would be unable to afford their tuition without taking some type of loan. But getting student loans is not easy. If students, however, are able to get them, they then accumulate an enormous amount of debt. Applying for financial aid is another alternative, but if your financial aid office is anything like mine, or like any other university’s, you would know that getting denied for your financial aid and then having your appeal denied for your financial aid sets you back enormously.

I digress, it is disheartening to see so many of my colleagues unable to return to my university because they were unable to meet the demands of their burdensome tuition bill. Our ideas of education being a consumer good has had deleterious effects on the future of so many students. We rest on the idea that higher education is what gives young minds the expertise to be the future career holders and then we expect them to turn over the current set of career holders today. Would anyone else have this type of expectation with any other types of consumer good? An education is not an iPhone. Both are valued and talked about who can afford it, but there is large disparity in obvious value between the two. The iPhone rests on how expensive it is to its competitors and its brand name. There is nothing intrinsic to it.

The large, and often forgotten about, aspect of education that extends far beyond money is its intrinsic value. Learning is as natural a process to us as eating. We need smarter people to push humanity forward. We need smarter people to turn over the professional world with more innovative minds. But we cannot reach that goal if we continue to value education as a consumer good and rest on the inaccurate notion that every underprivileged person can somehow, by some miracle, achieve the “underprivileged college success story” that has only further simplified an already complex problem.

To conclude, it might scare some to think that too many people getting a college is somehow a bad thing. What scares me even more is less and less people not receiving an education because they cannot afford it. I do not know about you, but living in a country full of uneducated people does not sound like a progressive one. Education will soon only be affordable to the elitist Americans if we do not transition our minds from the capitalistic idea that college has only monetary value. Education has been treated like a consumer good for far too long and soon the consequences in every aspect of our society will be evident. We did not become the people we are today with educators who didn’t value the intrinsic quality of education. When we start appreciating education and its intrinsic properties we then can begin making education oriented decisions. Decisions of value that education may transition from a consumer good to a public good.