I Went To The Southern Border
Odyssey

I Went To The USA's Southern Border

Newspaper after newspaper talk of our southern border's security crisis, but what is it like to see for yourself? With a team of students by my side, I went to find out. 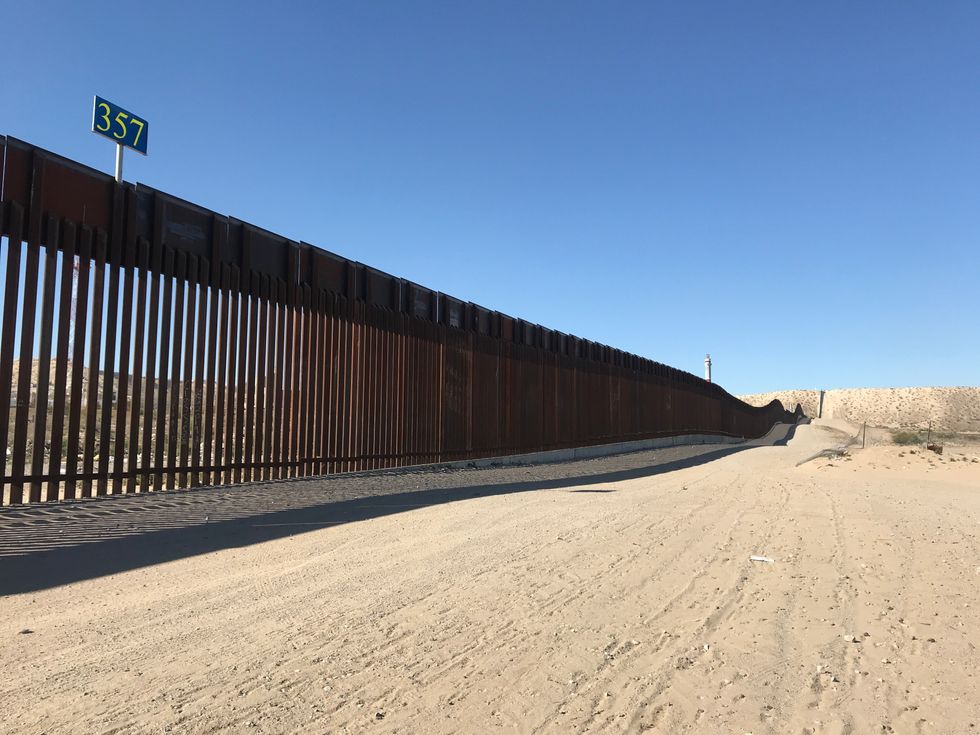 On Friday, the 15th of February 2019, President Donald Trump declared a national emergency in El Paso, Texas, to free up government funds for the ever-prominent border wall. Trump cited the current situation in El Paso as well as his rally, which led him to make this controversial move.

Members of the Republican and Democratic parties alike have deemed this decision as an inequitable use of power, hence the extensive controversy that has surrounded the issue in the time following the event. According to the El Paso Times, Trump demanded about $5.7 billion USD for the construction of a wall on the border, claiming that "'We're going to confront the national security crisis on our southern border, and we're going to do it one way or another.'"

However, my friends, how do we know that this is the right way to confront the security plights plaguing our border? Perhaps one source may say that we are making the correct decision, but others might say otherwise. As the Chinese proverb says, "There are three sides to every story: your side, my side, and the truth." We know only the knowledge that is passed down to us through a series of journalists and reporters vying for the public's attention, and they can only tell us so much of what they see and hear- and from their eyes only.

The closest one can ever come to a situation's truth is to see it for themselves, however. My private high school recently made the decision to utilize the resources that fortune has presented us with to take a group of students into the belly of the beast - El Paso, Texas. The home of the Mexico-USA border, and home of today's turmoil.

Upon hearing of this golden opportunity, I eagerly signed the necessary papers to participate in this enthralling experience. Twenty-three students in total were selected from the interested student body, with the resulting group being mainly comprised of eleventh-grade students, with a few tenth-graders (Me!) and ninth-graders mixed in. The trip's itinerary provided a diverse assemblage of volunteering opportunities aiding immigrants in the process of seeking asylum, as well as educational presentations on the topic of immigration.

Through this, not only was I able to verify and disprove some previously reported "facts" on the immigration issues facing our country today through the informational presentations and experiences that I participated in, but I was able to see the arguably equally significant side of the situation- the human side. Facts, figures, and statistics can make for article after article, and breakthrough after breakthrough- but just as well, the face of a despaired, sobbing child separated from his or her parent can speak volumes not to our minds- but our hearts.

Many groups of El Paso citizens attended Trump's previously mentioned rally pertaining to the wall's construction, one of which was a particularly pertinent posse- the U.S. Border Patrol. While this gives many readers and viewers of the daily news the impression that our security is in absolute favor of the wall's construction, I heard what they truly believed- straight from the source themselves.

I spoke with one officer in particular, yet for the sake of his privacy, I will address him by his surname, Martinez. Martinez stated that in New York City, which has a land area of 302.6 miles squared, there are a total of 38,422 police officers. He went on to say, "We cover about 125,000 square miles of land out here, and at the moment, we only have 1,800 officers on this." In other words, considering the sheer land mass and the amount of danger presented in the land the border patrol officers currently cover, they are severely understaffed- which can especially be seen when comparing the ratio of officers to square miles of land in New York City to that of El Paso.

According to Martinez, the current fence on the southern border is made of 18-foot high steel pillars, built with reinforced concrete for strength and structural integrity. Currently, the fence does not go all the way around the border, however, Martinez stated. When prompted if the fence has proved to be helpful thus far, Martinez and his co-workers explained that while the fence fails to keep a lot of people and contraband out of the country, it is quite helpful to keep out one thing in specific- vehicles.

Vehicles had previously been utilized in the transportation of large groups of people, drugs, and other forms of potentially hazardous contraband. However, the fence has been a major aid in the prevention of such vehicles from entering, thus making the job of border patrol officers like Martinez a bit easier.

In addition, Martinez stated that the fence has succeeded in slowing down the entrance of people and goods in general, acting as a sort of troublesome obstacle to hinder the speed of those attempting to illegally enter. However, that is not to say that a fence or wall is the proper solution to the current border crisis. According to the border patrol officers we spoke with, it is not to be known as an end-all solution, or a foolproof way to impact the flow of illegal immigrants, but simply as an obstacle designed to give the border patrol teams more response time, therefore making it slightly easier to apprehend the immigrants in question.

However, while this is all perfectly beneficial for keeping out contraband and/or dangerous men and women, what about those who are simply seeking asylum from a home of peril and fear? Those who want nothing more than a chance at a better life for them and their loved ones? According to Martinez once again, in the past few years, one amount has spiked in particular- the number of families trying to enter the United States of America.

In other words, America, a fence can only do so much to keep danger at bay. We aim to divide our people from danger...but at the cost of dividing our people from theirs?

There's plenty more to this story, dear readers. Look out for Part 2 to see what else is truly happening at America's southern border. Thank you for reading!

immigration
Report this Content
This article has not been reviewed by Odyssey HQ and solely reflects the ideas and opinions of the creator.