Examining The Politically Charged Nature Of 'Wicked'
Odyssey
CurrentlySwoonLifestyleHealth & WellnessStudent LifeContent InspirationEntertainmentPolitics and ActivismSportsAdulting
About usAdvertiseTermsPrivacyDMCAContact us
® 2023 ODYSSEY
Welcome back
Sign in to comment to your favorite stories, participate in your community and interact with your friends
or
LOG IN WITH FACEBOOK
No account? Create one
Start writing a post
Politics and Activism

Gregory Maguire's novel is more than a fairy tale. 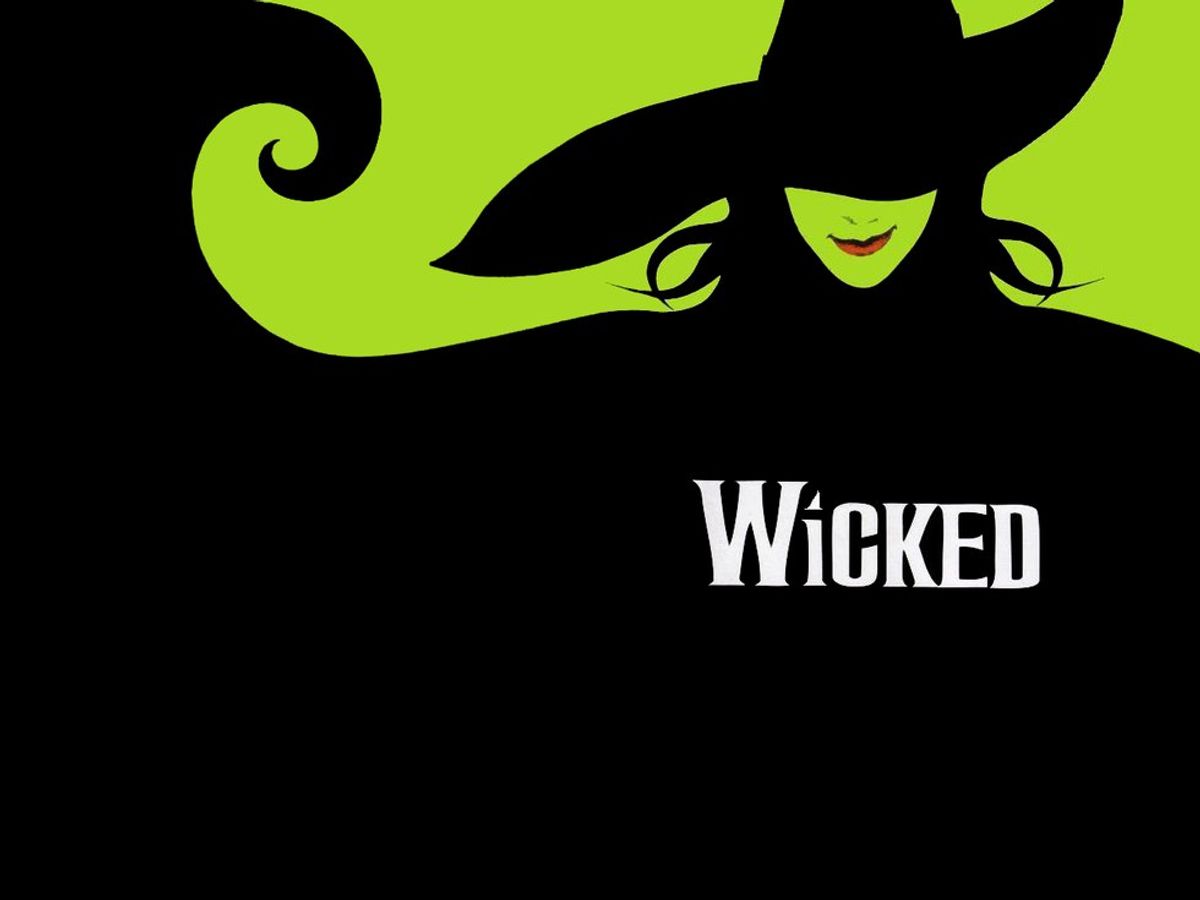 In October of 2003, "Wicked: The Untold Story of the Witches of Oz" debuted on Broadway. The performance, which originally featured Idina Menzel, Kristin Chenoweth, and Joel Gray, tells the tale of the Wicked Witch of the West and Glinda the Good Witch before and after Dorothy arrives in Oz. It's received quite a few awards and is the 10th longest-running Broadway show. One of the show's most popular songs, "Defying Gravity", has been sung in countless school productions and was even featured in an episode of "Glee."

Many people forget that "Wicked" the musical stemmed from Gregory Maguire's 1995 novel, "Wicked: The Life and Times of the Wicked Witch of the West." Maguire penned this to be a reimagined version of Richard Baum's "The Wonderful Wizard of Oz" and the 1939 film adaptation it inspired. Maguire was inspired to write his series during the start of the Gulf War. He's quoted saying that,

I became interested in the nature of evil, and whether one really could be born bad. I considered briefly writing a novel about Hitler.... But when I realized that nobody had ever written about the second most evil character in our collective American subconscious, the Wicked Witch of the West , I thought I had experienced a small moment of inspiration.

Maguire's text is lengthy and a little hard to process, but there are so many important lessons hidden between its pages. Here are just two political statements that are made in "Wicked":

Divisions Are Alive And Well In Society

The story opens with Elphaba, an average young girl who happens to have green skin. Right away, there is a clear distinction between Elphaba and the other people of Oz. On numerous occasions, Elphaba is discriminated against. To make matters worse, the "great" Wizard of Oz endorses segregation and stereotyping of various ethnic groups animals.

As the story continues, Elphaba interacts with Glinda, then known as Galinda, at Shiz Univeristy. Glinda, like many students at the Shiz, is a typical spoiled private school student. Elphaba, however, is on scholarship. This creates an obvious class division between Elphaba and most students at the Shiz. However, the rich students prefer not to acknowledge this disparity. In the musical, another situation occurs at the Shiz. While in Doctor Dillamond's class, a student is found to have written, "Animals should be seen, not heard." It's quite a polarizing statement, one that has been encouraged by the government.

It's clear that Maguire is hinting at racism and elitism within America, but he's also referring to sexism and religious traditionalism. Consider if "animals" was replaced with women in the above quote. It would then resemble 1 Corinthians 14: 33-35, which has been incredibly misconstrued in society today. One could make the argument that race and class have also been perverted in America — people either choose not to see race or make it a point to embrace it with positivity or negativity. As for elitism, many American citizens, like the rich students of the Shiz, don't even consider how prevalent poverty is in society. To them, It's easy to scoff at those on welfare and blame them for not utilizing their opportunities then to help them find financial stability.

Terrorism Is Not Always Black And White

Elphaba, upon failing to convince the Wizard to stop discriminating against minorities, becomes a civil-disobedient. A 2010 article from Mari Ness notes that,

The Elphaba we first meet is an innocent if rather green and biting child with a fondness for the word “horrors.” When we next meet her, she is a somewhat cynical, occasionally sharp-tongued teenager with a strong moral core. A series of tragedies, betrayals, conspiracies and a murder transforms her into a still moralistic terrorist.

Since no one else will stand up and fight against tyranny, Elphaba feels as though she must rebel for the good of the people, even if it means using violence. An article from Inlander described this as a turning point. Upon singing the song "No Good Deed" in the musical, Elphaba "becomes what everyone has already named her" but then "questions her own intentions — asking whether she’s really acting for everyone else’s benefit or whether she was doing it for her own benefit … She is very much a citizen — she believes in what’s right and good, and she makes no apologies.”

At the end of the play , the people of Oz gleefully celebrate their triumph over Elphaba. One citizen says, "No one mourns the Wicked." Glinda claims that "goodness knows the Wicked die alone. It just shows when you're wicked, you're left only on your own."

Here, we find Maguire testing the nature of terrorism. If an individual, like Elphaba, is fighting to overthrow the government and reestablish order, is that individual defined as a freedom fighter or a terrorist? And based on this, does the threat to society deserve to have any basic human rights? Legally, terrorists are not entitled to any protection under the Geneva Conventions, which govern treatment of civilians, prisoners, and soldiers. The Conventions have strict requirements, even for those who violate all aspects of international law. Many have criticized the U.S., specifically, for enacting "cruel and unusual" treatment of prisoners of war. Maybe Maguire is trying to say that terrorism is not always easily defined. And in terms of the treatment of terrorists, ethics cannot necessarily be thrown out the window.

Gregory Maguire uses the world of Oz to question bureaucracy, religion, power and various other issues in society today. Specifically, when examining societal divisions, Maguire critiques how institutions perpetuate the creation of in and out of groups. He also proves how the system can create even larger issues like civil disobedience, rebellion, and possibly terrorism. In questioning terrorism, Maguire examines the nature of criminality. What makes a criminal? And do criminals, even terrorists, deserve to be treated as human beings?

"Wicked: The Life and Times of the Wicked Witch of the West" more than a reimagined fairy tale; it's a striking political allegory that begs readers to question the world that they live in.