The Paradox Of Gun Control
Odyssey
CurrentlySwoonLifestyleHealth & WellnessStudent LifeContent InspirationEntertainmentPolitics and ActivismSportsAdulting
About usAdvertiseTermsPrivacyDMCAContact us
® 2023 ODYSSEY
Welcome back
Sign in to comment to your favorite stories, participate in your community and interact with your friends
or
LOG IN WITH FACEBOOK
No account? Create one
Start writing a post
Politics and Activism

The Paradox Of Gun Control

What more is it going to take? 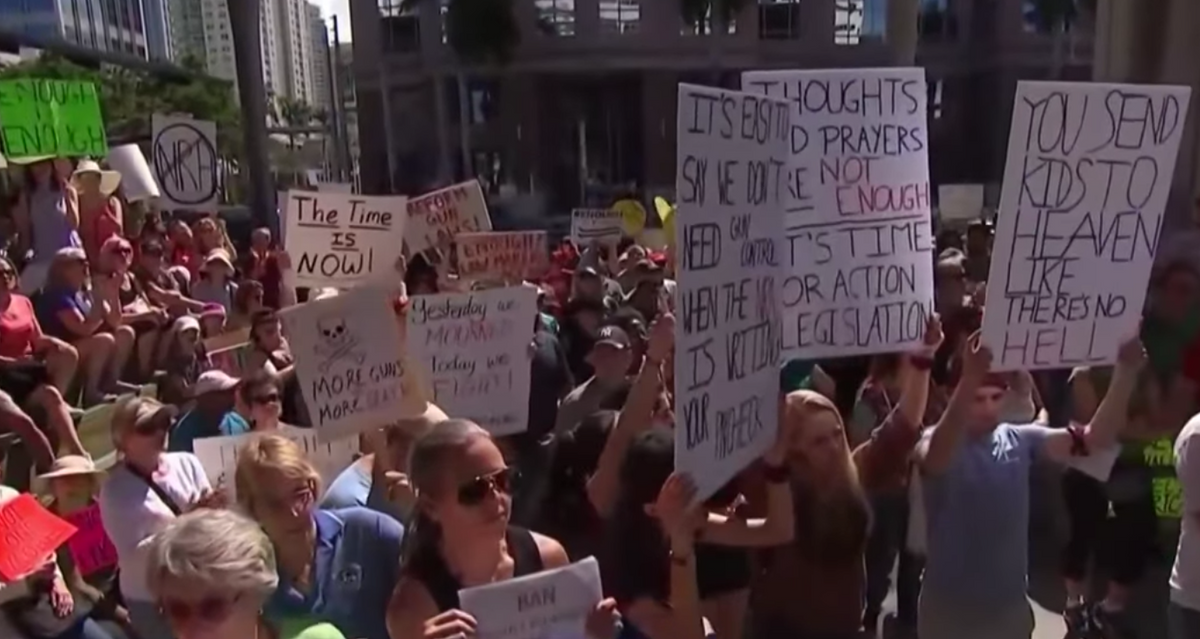 When you think of America, what values come to mind?

Sure, life, liberty, and the pursuit of happiness. Freedom. Equality. The land of the free and the home of the brave! All those great red, white, and blue slogans that we swear our nation encompasses.

Oh yes, because the Constitution and the Declaration of Independence said so! And if they say so, it must be true.

Doesn't matter how the world progresses, how unequal the world proves to be, or how some people still aren't really free. We want to believe in the goodness of America's legislation and trust that it's the best in the world-- perfect, and any changes would be gravely unAmerican and tip America over into a state of imperfection. And what would American be if not the greatest country in the world? ...or is it?

For some reason, Americans are obsessed with being the best.

We've been told since kindergarten that America is the greatest country in the world. Regardless of our history of enslaving people, prejudice, violence, poverty, political unrest, and divided state of affairs. We all know about this too. It's not like we're unaware of America's problems, but we insist it's still perfect the way it is.

Today I learned that the US doesn't lead the world in anything except mass shootings and incarceration.

Yet, we are set in our ways. Why do people want to cling to legislation written hundreds of years ago? Are we not conscious enough to recognize a major and fatally problematic error in the way our nation operates to fix it?

What would our founding fathers say?

Here's what doesn't make sense. Nobody is even trying to take away the second amendment. As it stands, there are too many loopholes that make it easy for mentally ill people, people who are DANGEROUS, to get guns.

Powerful guns, at that.

Those who are against making it harder for mentally ill people to get guns only want their guns should they find themselves in a situation where there's something like a mass shooter, or some other murderer.

Uhh... clearly anyone who's going to kill anyone for any reason besides self defense is mentally ill. What makes more sense, give EVERYONE a gun and hope the good survive, or try to prevent the trouble makers from having a gun in the first place?

The second amendment was written by people. It is not the way the natural world was intended to unfold. So why are we so stuck to it?

How many more mass shootings is it going to take for everyone to see it clearly?

Nicole Marie Nigro
Individual Creator
383
c1.staticflickr.com
Where to start...... Let me start with the cliche that life throws us curveballs and what we do with it is what counts.