The NFL And Domestic Violence

As the NFL returns, most NFL players are known for delivering big hits on the field. But some are getting a reputation for hitting women off the field. 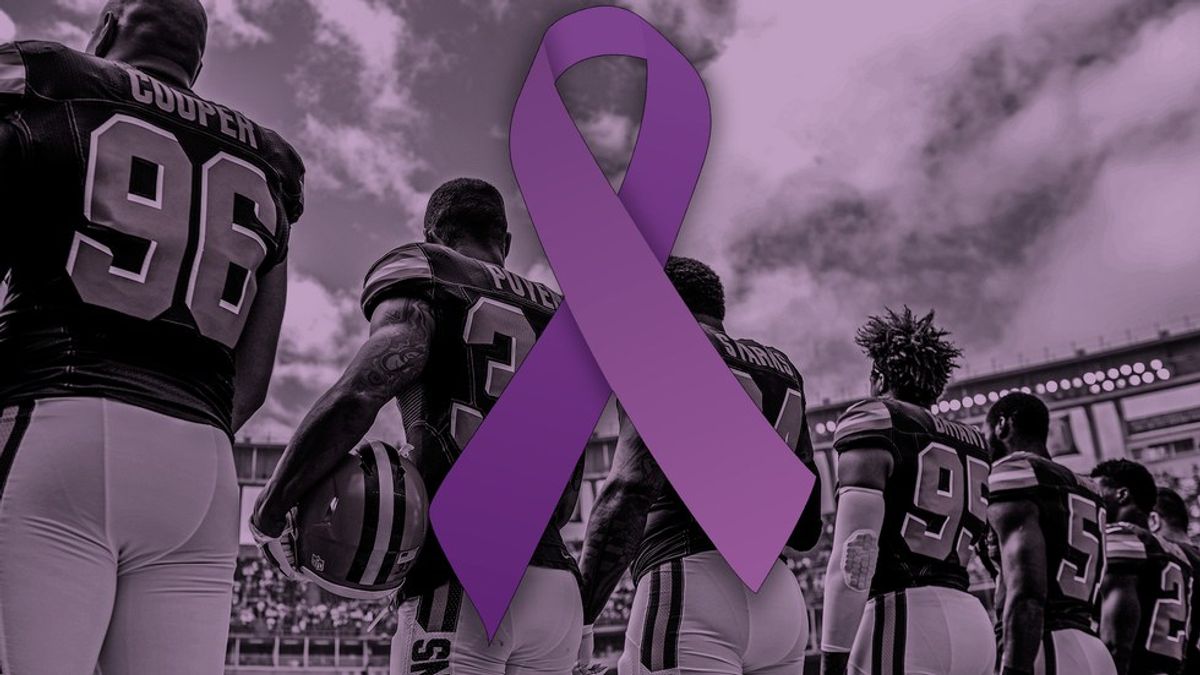 The National Football League is possibly the most polarizing sports league in the country. With amazing games happening every Sunday, the NFL has become known for its dynamic players who can make big plays and deliver big hits on the field. But while there have been players making big hits on the field, some have been getting in trouble for hitting off the field.

In the recent years, the polarizing football league has been facing a huge problem with some of their players getting in trouble for domestic violence. Recent incidents with players such as Ray Rice and Greg Hardy, have put the NFL in some hot water for their handling of each situation. And with the recent situation involving now former New York Giants kicker Josh Brown, the NFL has come under harsh criticism for these recurring domestic violence issues.

The NFL has also been criticized for how they have handled these situations. During the Josh Brown incident, Josh Brown admitted to hitting his wife, however, the league only gave him a one-game suspension initially. It wasn't until a week after Brown made this confession that the New York Giants cut him from their roster. Although Brown was eventually cut, the league and the Giants were still bashed for not handling the situation sooner and better.

It's funny how the NFL would be quick to discipline players for wearing custom cleats or celebrating touchdowns, but they hesitate when it comes to disciplining players involved in domestic violence cases. The NFL has done more to prevent players from hitting each other too hard than they have to keep those same players from hitting women. The league needs to do more to prevent these kinds of incidents from happening with more than just threats, suspensions, and pointless seminars. They have to be more swift and harsh when it comes to domestic violence and show the victims of this terrible crime that there is hope in the fight against domestic violence.

While steps have been taken to punish the players who committed this kind of violence, much more needs to be done in order to prevent players from committing this crime in the first place.