The Myth Of Two Genders
Odyssey

The Myth Of Two Genders

The transgender identity has existed for as long as gender has — so why is it such a foreign and new concept in the United States? 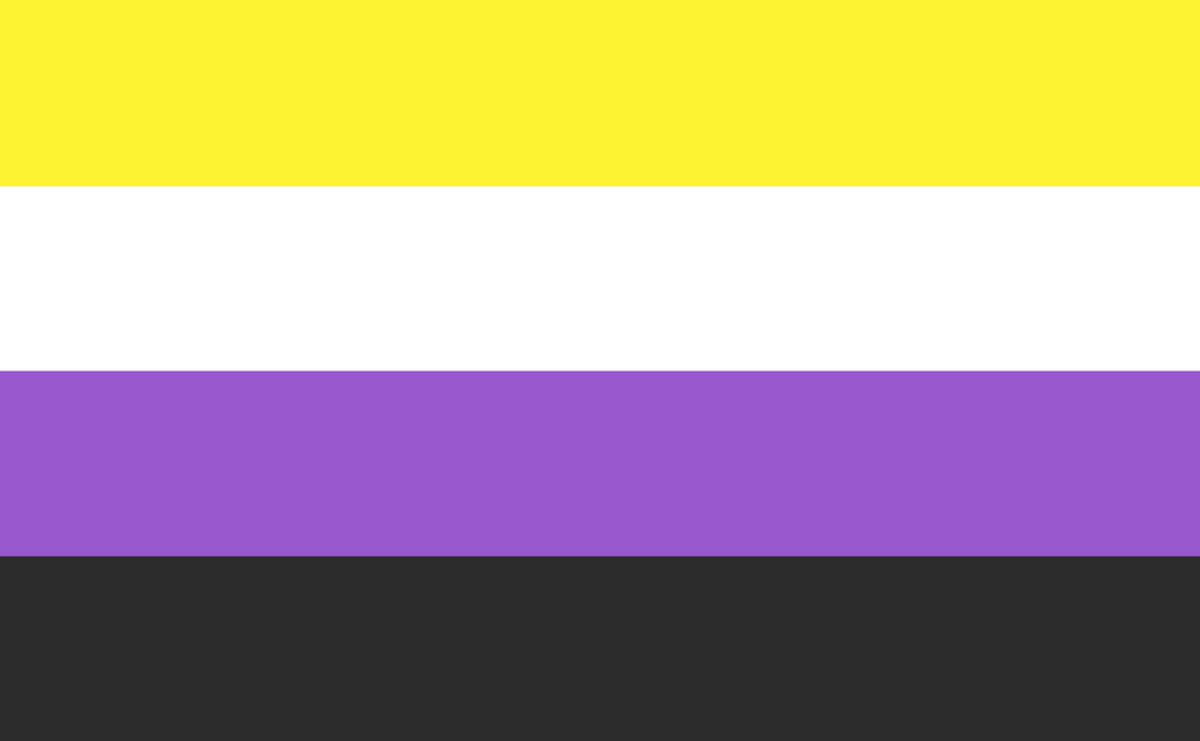 In June of 2015, a monumental decision was made by the United States Supreme Court: making same-sex marriage illegal was unconstitutional. This marked a huge step in LGBTQ (lesbian, gay, bisexual, transgender, and queer/questioning) activism. A goal that so many had worked towards for so long was finally completed. However, the fight for LGBTQ rights in the United States was far from over. The focus instead shifted to transgender rights.

Transgender visibility is a relatively new concept in the United States. Christine Jorgensen was the first trans person to gain widespread attention after her medical transition in the early 50s, but she was far from the first person to undergo gender confirmation surgery. In fact, the first procedure of the sort was performed in 1931 in Berlin. Trans women also played a large role in leading landmark moments of LGBTQ activism, such as the Stonewall Riots -- so why has it taken so long for trans identities to enter the mainstream? And what about the notion that there are more than two genders, and that gender identity is only determined by what an individual says about it? To answer these questions, one must look to the psychology and long history of humankind.

The human brain needs to categorize everything it comes across. Categorization has proven to be a necessary means of survival. It is what tells people what is and is not dangerous. It also assists in identifying others, and forms ideas about what a person should be like based on certain characteristics. One of these major characteristics is sex.

Humans, like any other creature, are motivated by the need to reproduce. Naturally, it makes sense to categorize others based on sex. And so, someone with a vagina, labeled as a female, has to mate with someone with a penis, labeled as a male, in order to have a child, since their individual sets of genitalia are required to do so.

The roles of males and females, then, were crafted over their reproductive abilities. Since females carried and birthed children, they were more likely to be caretakers, while males were more likely to be breadwinners. As civilizations began to form, and humans became more and more advanced, these perceptions of how males and females should act evolved along with them. The idea that those designated as female should be nurturing and those designated as male should be aggressive served as the basis for what is now known as gender. This means that essentially, gender is a social construct created to designate how people should call themselves, speak, dress, and behave. While gender roles and stereotypes vary through changes in society due to time and geographic location among other things, the general idea that females, now called women, should be kind and tender, and males, now called men, should be domineering and strong, still pertain to this day.

This being said, the idea of two genders, very reasonably, is based on the fact that there are only two discernible sexes. The issue then, however, is that there aren’t only two sexes. Aside from the many genetic possibilities for sex, at least 1 out of every 2000 babies born have visibly atypical genitalia from birth, and even more have genitalia that become noticeably atypical as time passes. This alone should debunk the idea that there can only be two genders and that there has only ever been two genders. In fact, the existence of genders outside of “man” and “woman”, otherwise referred to as third genders or non-binary identities, are as old as “man” and “woman” themselves.

Gender and sex have had huge distinctions in multiple cultures, historically. In Ancient Egypt, for example, gender was very complex, and the term sht (pronounced sekhet) was used to describe someone who was neither man nor woman. Writers, philosophers, and others in ancient Greece, India, and Rome either spoke of or identified as a gender outside of man or woman. Hinduism and Judaism acknowledged more than two genders. Even nowadays, identities such as two-spirit (a Native American concept) and hijra (an Indian concept) continued to be used after centuries of usage. Today, there are many terms for non-binary identities, and more and more people are starting to identify as such.

As clearly demonstrated, non-binary identities are not a new idea. Quite the opposite. And it is not limited to particular countries; it is a phenomenon that is found in cultures all across the planet. The reason the concept sounds foreign in the United States when it has been used so freely everywhere else in the world boils down to the history of Western Civilization as a whole.

Marriage, Christianity, and the Enforcement of the Gender Binary

The concept of marriage is another one of those concepts that have existed for about as long as humans have existed. Partnering up to raise children occurred in prehistoric times, but the idea of a lawful union began about 4,000 years ago in Mesopotamia. Marriage was a method of strategically creating alliances and gaining power by requiring one family to marry their child designated as female off to another family’s child designated as male. The reason for it to be one male, one female trails back to the need to reproduce. If a married couple did not produce children, then the family tree ends, and so does all their combined power and wealth.

There were not many rules on marriage until the rise of Christianity. The history of marriage and Christianity is quite layered and lengthy. At first, marriage was not something that was necessarily encouraged by Christianity; later, it was permitted only between a married male and female who had the intention of conceiving (having sex without the intention of having children was forbidden). As the Church grew, so did its power, and by the Middle Ages, it had turned marriage into a holy, monogamous union between a male/man and a female/woman who intended to have children and live a spiritual life (even though men were permitted to be unfaithful, whereas women were severely punished for it).

Within a number of centuries, Christianity became the dominant religion of Europe. And so when the Age of Exploration began, colonization ensued. Religion was a major part of this colonization.

As previously explained, genders outside of man and woman exist all across the globe. When looking at the Christian model of marriage, combined with a few select Bible verses, these genders did not fit neatly within Christian belief at all. So those genders were purged, in the same horrifically violent way that white settlers colonized everything else. Everyone with a penis was now a man, and everyone with a vagina was now a woman.

Even centuries later, we are still erasing the existence of anything outside of male and female. Take the instance of intersex people, for example. Doctors often perform unwanted, non-consensual “normalizing” surgeries -- that is to say, doctors mutilate the genitalia of intersex individuals, often as babies, so they can neatly fit into the categories of male or female. To make matters worse, it is a completely legal procedure.

With this in mind, it becomes apparent that there is a larger force at work here, erasing anything that cannot be easily categorized as one gender or the other. Societal roles as we know them suddenly become very arbitrary, especially when one takes into consideration that such roles are constantly changing (like how high heels, makeup, and the color pink used to be associated with masculinity). So what do we make of this?

All in all, a person’s gender identity has nothing to do with anyone’s life outside of theirs. There’s plenty more to be said about transgender identities, and because of this, I will be writing a follow up article to this next week, explaining why trans identities are valid from a medical and Christian perspective (I am unfortunately limited to only a white Christian American viewpoint on the matter, and would appreciate any input from anyone of a different background), but for the time being, respect is the only solution. If an identity causes harm to no one, then there is no reason to be up in arms about it, especially when it is merely a social construct anyway, right?

Caitlin Marie Grimes
University of South Florida
8018
Beyond The States