Why Jimmy Butler is the only player to embody Michael Jordan 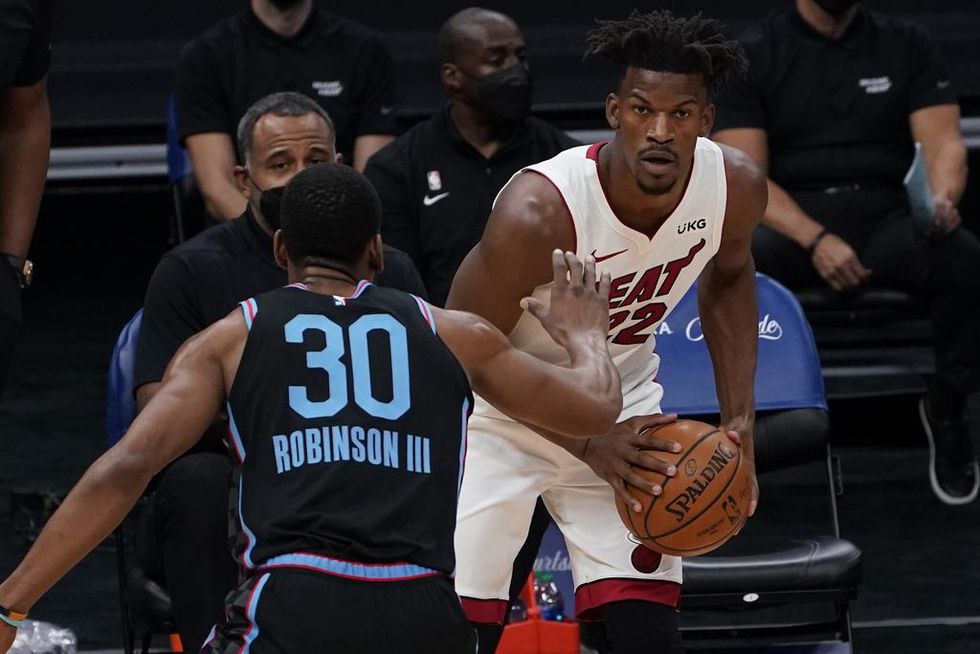 There are very few players in the league that embody the great Michael Jordan's drive and tenacity.

There is one player that seems to be a carbon copy of Jordan's work ethic and where he put his priorities. That player is Jimmy Butler

Jimmy Butler is a player from Tomball, Texas in suburbs of Houston. Despite a fairly successful high school career, he was not very heavily recruited out of highschool. As a resultm he ended up going to Tyler Junior College in Tyler, Texas. He also had a successful basketball career at Tyler Junior College, where he eventually drew D1 interests.

He decided to attend Marquette University where he led the university to relative success in the Big East. Following his senior year, he declared for the NBA Draft. He was selected 30th overall by the Chicago Bulls in the 2011 NBA Draft

He was drafted to a team that included great players like Derrick Rose, Joakim Noah, and Carlos Boozer. He was largely there to be a defender, not really be a top scoring option.

However, Jimmy Butler worked hard and worked his way up to be the team's franchise player, especially following the departure of Derrick Rose to the Knicks. The front office tried to pair him up with other stars, recruiting the likes of Dwyane Wade and Rajon Rondo. However, it did not work out and pretty soon, Butler started requesting a trade.

Butler was traded to the Minnesota Timberwolves in 2017, where he was seen as the franchise player alongside Karl-Anthony Towns and Andrew Wiggins. Butler then proceeded to lead to the Timberwolves to the NBA playoffs, their first playoff since 2004. However, things began to sour between the Timberwolves and Jimmy Butler. Butler accused the other players, primarily Towns and Wiggins, of not being willing to work hard. This all culminated in an infamous practice where Butler, alongside the third string players, beat the starters in a scrimmage match. Butler, towards the front office officials watching, screamed, "You need me!"

Butler was subsequently traded to the Philadelphia 76ers in 2018. With that team, he helped them to reach the Eastern Conference Semifinals, where they lost a tight seven game matchup against Kawhi Leonard and the Toronto Raptors. Butler ultimately left the Sixers too for similar reasons to that in Minnesota. He accused the organization of not having a winning mentality and not willing to criticize each other.

In the 2019 offseason, Butler requested a trade to the Miami Heat. He had stated that he felt this was going to be the place where he would end his career. With the Heat, he found an organization with a hardworking culture, that "Heat culture." With the Heat, he went to the NBA Finals, superceding most people's expectation, defeating teams such as the Boston Celtics and the Milwaukee Bucks. Though they ultimately lost to the Los Angeles Lakers in the Finals, Butler and this Heat team to them to 6 games.

A big part of Jordan was that his main focus was simply winning. Butler is the same. He has often said that the only thing that he cares about winning. He cares about people that work hard and who are willing to call someone out if they are selling short. He did not see that in his later years in Chicago, his year in Minnesota and his year in Philadelphia. It can be said, however that he has found that in Miami and Pat Riley. It is a promise that Butler will work hard and will continue to work hard as he tries to acquire that elusive first championship.