The Lion King Still Lingers, For Now
Odyssey
CurrentlySwoonLifestyleHealth & WellnessStudent LifeContent InspirationEntertainmentPolitics and ActivismSportsAdulting
About usAdvertiseTermsPrivacyDMCAContact us
® 2023 ODYSSEY
Welcome back
Sign in to comment to your favorite stories, participate in your community and interact with your friends
or
LOG IN WITH FACEBOOK
No account? Create one
Start writing a post
Politics and Activism

Africa’s wildlife not threatened by dentist, but miscommunication and land loss. 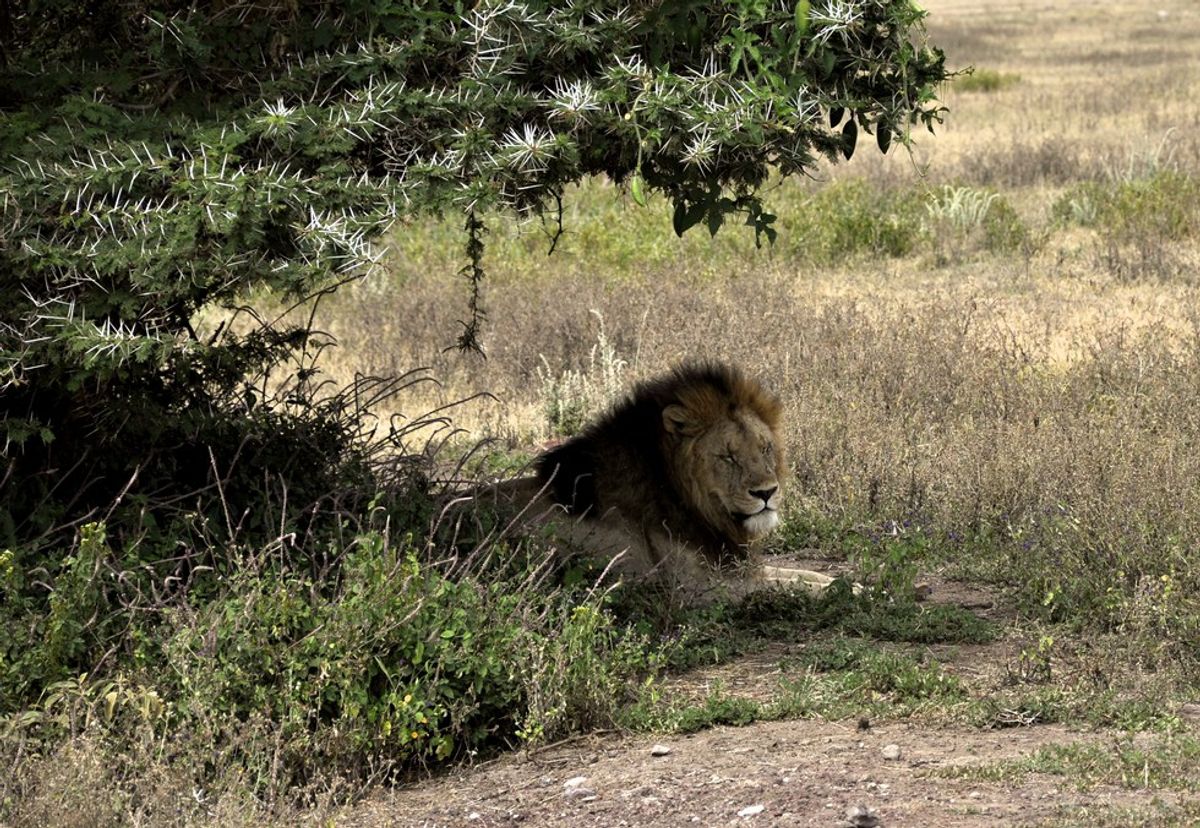 On Wednesday, Aug. 12, animal lovers around the globe celebrated “World Elephant Day.” The timing couldn’t get any better. A dozen updates and shares on Facebook and I realized just how much last month’s media drama had affected folks on the Internet.

I admit it. Ever since, there has been echoing attempts to throw Dr. Walter Palmer, the killer of Cecil the Lion, in a pile of elephant poop — or however else people wanted to handle his actions to cause viral shame — and I have to say, it felt good in my all-cool-animals-matter heart. Unfortunately, however, the truth about sport hunting on the African savannah is rather more complex than a Minnesota dentist.

In fact, I recently visited the Northern circuit of Tanzania, with its couple of million abundant species. To my great (or rather so uneducated) surprise, hunting for fun does not necessarily have a negative impact on the biodiversity. As Martha Honey describes in her book “Ecotourism and Sustainable Development: Who Owns Paradise?” (p. 244), sport hunting is the ultimate paradox of ecotourism.

She goes on to explain that, “Although some of those involved in conservation and nature tourism find hunting distasteful, cruel, and ethnically reprehensible, many admit that if properly managed, trophy hunting helps curb poaching, does less environmental damage, and brings in much more foreign exchange than do photographic safaris.”

As Honey says, this double-faceted relationship might help sustain the wildlife in the area. In so doing, hunters provide more revenue to the country than do the many clicks on the newly bought system cameras that hang around the necks of gawking tourists, who want nothing less than to capture the memory of a lifetime — sometimes so badly that they forget to put the lens down and enjoy being in it.

But who decides what is considered OK to shoot? An elder Canadian guy living in Moshi, Tanzania, described how he’d been out hunting at one of the game reserves. He had got the license certified for certain animals only (and here I was, thinking that anyone can fly over there and start firing bullets left and right).

The first herd of animals was at range, but they weren’t on the list:

Maybe I was right? For what's problematic with game reserves is not the idea of killing majestic animals, but the constant mismanagement that comes with it; problems that can be traced to cultural endeavors, others that have been snapped up from the introduction of Western corporations and their moneymaking greed in the area.

The true issue for many of these animals is land restrictions: tourism companies take over big chunks of land to build complexes for Westerners to enjoy; agriculture has become hip and an easy way of living lately, and climate changes affect the water supply in and around the national parks for both humans and wildlife alike.

And so, with the loss of crucial land outside of the national parks, greater animals such as the elephant will continue to decrease. Trapped within park boundaries, their mobile lifestyle cannot be satisfied. At the same time, weaponry dispersed decades ago during civil wars now come in handy to poachers, who see the giant tusks as a better future for themselves.

Thanks to an Asian invasion of Africa lately there are now even legalized routes to ship off a set amount of ivory to Asia. However, the illegal bi-product takes advantage of the scene, which makes it difficult to control how much actually ends up in China.

Dr. Charles Foley, a researcher at the Wildlife Conservation Society, has been working with an elephant project in one of the national parks, Tarangire, since 1993. He works to secure wildlife corridors outside of the parks (plots of land stretches strategically drawn after the movement of animals) to helps alleviate the tense situation between humans and elephants.

“Wildlife numbers will come back, but you have to protect the land,” Foley said determinedly, before zipping from his cup of tea. He seems hopeful about the future of the elephant, although the overall count has dropped drastically from 1.2 million in the ‘60s to only thousands today.

Foley mentions the importance of media to inform especially the Asian population about the ivory trade, as he believes they are not educated about the ongoing. Whether media companies can make elephants the “new panda” over there remains questionable. But Foley does not show any sign of worry.

“A country who can ban people from having two children can do anything,” he said with a laugh.

QueenRadhi
The State University of New York at Stony Brook
3571