The Highs And Lows Of Being A Girl Who Loves Sports

I swear I don't only love Beckham for his nice face, although it helps. 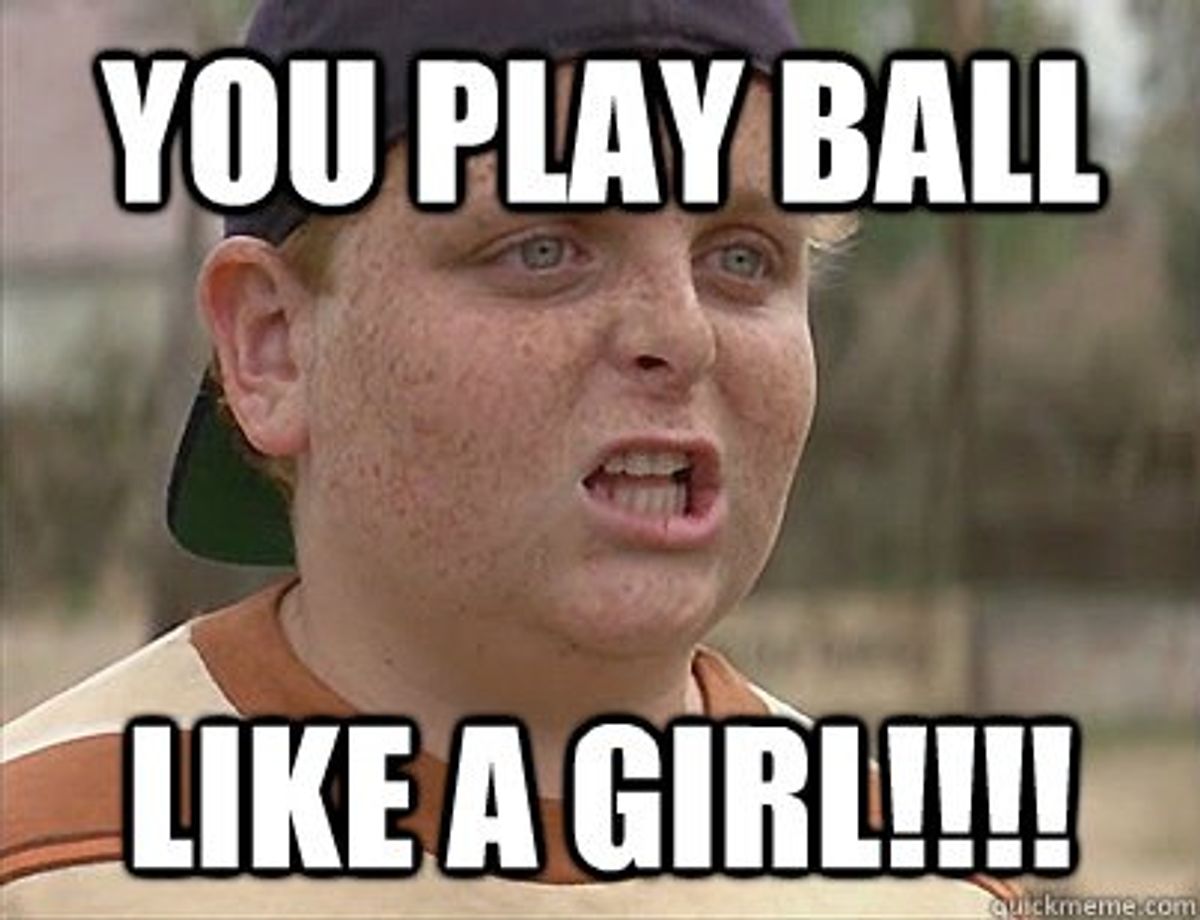 I grew up in a house where, nine out of ten times, when I walked into the living room, ESPN was on TV. My weekends were either packed with my soccer games or watching one of my brothers' baseball tournaments. All of the animals in my house are named after members of the United States national soccer team. I love sports, and I love the life that I live because of them. However, there are struggles to being a "sporty girl" every once in a while. It's okay, though, it's worth it.

Of course, we all love a good tailgate. But for many girls who aren't sports fans, this is the highlight of the day, and the game itself seems like a chore in between the tailgate and the after-party. For sports-loving girls, the game is the best part! Actually understanding what's going on around you can make everything a whole lot more interesting.

The moment you say you enjoy sports, boys suddenly feel the need to question you as if you have actually taken up "unimportant sports trivia" as your college major. Oh, you said you like the Giants? But you can't name the 7th hitter in their starting lineup from 1997! LIAR! You know nothing!

...I said I like sports, not that I know every trivial fact about every person who ever played a sport.

High: Exercise can be really fun.

I will never ever be able to shake the idea when I'm running on the treadmill at the gym that I could be playing a game of basketball or soccer, getting twice the workout, and having ten times more fun doing it. When you enjoy a sport, it makes the struggle of working out a side effect to doing something you love, and what could be better than that? Plus, after running five miles in a soccer game, you don't have to feel quite as bad about going for round three of pizza (even though you'd do it regardless).

Low: Not always being able to relate during conversations.

I love my girl friends. I love talking about "girly" things, shopping, getting my nails done, discussing cute boys; the whole nine yards. Sometimes, however, I find myself sitting there 45 minutes into a conversation about "The Bachelor" and completely unaware of what's going on. Wait, we like Ben now? I thought we wanted him gone last week? It's not even that I wouldn't watch shows like this, it's that I missed it because I was watching the game, and chances are, it won't be as exciting for everyone else to bring up who hit that buzzer beater over who got the final rose at our all girls movie night.

High: You can hang out with the guys.

Shout out to my brothers for training me to be capable of holding my own in a room full of boys during a sporting event. Sometimes, it's fun to just chill on the couch, yell at the TV, eat some deliciously unhealthy food, and spend time with your guy friends.

Low: It's not always well received if you make a "girly" comment.

Watching sports is a blast. The amount of work professional athletes have put in to playing at the level that they do is absolutely insane. As a side effect of that, most of these athletes also tend to be in pretty good shape. I will occasionally voice this opinion as me finding certain athletes physically attractive (I love you, Blake Griffin). The second a girl points out that they think an athlete is cute, a lot of guys love to jump on them for only liking said athlete because he's hot. Oh, I only like Buster Posey because he has a cute face, and not because he's good? That's probably the only reason why he was voted MVP a few years back, right? I'm not going to lie and say it doesn't help his fan base expand, but there's more to it than that, you guys.