The 'OG' Jack-O-Lantern Will Give You Goosebumps

The 'OG' Jack-O-Lantern Will Give You Goosebumps

This Irish tradition was used to ward off 'evil spirits' – and it's super creepy. 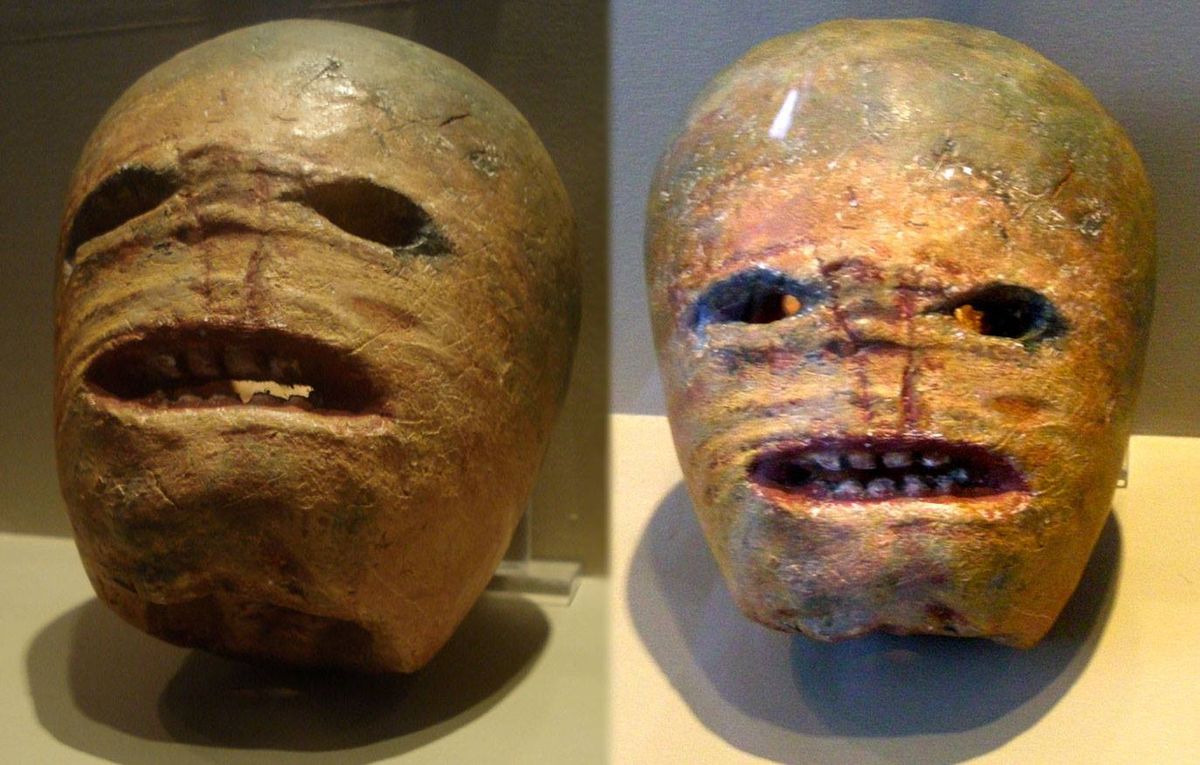 When we think of Halloween, Jack-O-Lanterns are one of the first images that pop in our head. We visit pumpkin patches or pick one up at the grocery store, and we have made a tradition of carving one each year.

Some people get really crafty or intricate with their designs, but the most common is – of course – faces.

Believe it or not, Jack-O-Lanterns have not always been carved out of pumpkins.

The original Jack-O-Lanterns were actually carved into turnips - and honestly, they're creepy.

The first Jack-O-Lanterns were made by the Irish during the Nineteenth Century. Celtic people in Ireland were carving turnips, and lighting a candle inside them, to ward off 'evil spirits.'

In Ireland, during 'Halloween,' it was seen as a time for supernatural beings; a time for 'souls.'

The Jack-O'-Lanterns originally represented Christian souls in purgatory, as Halloween is the eve of 'All Saints' Day,' (November first), which is then followed by 'All Souls Day,' (November second).

They stem from an old Irish folk-tale from the mid-Nineteenth Century, about Stingy Jack, a lazy blacksmith, who uses a cross to trap Satan. In one version of the story, Jack tricked Satan into climbing an apple tree, where Jack placed crosses around the trunk to keep him from being able to get down.

In another version, Jack actually carved a cross into the bark of the tree so that, again, Satan would be unable to get down.


Since Jack was far too sinful to make it into Heaven, he was left on Earth to wander for all of eternity, constantly in search of a resting place.

The tale claimed Jack carved a turnip, and lit a candle inside, to guide himself on his journey. He became known as "Jack of the Lantern," or you guessed it, "Jack-O'-Lantern."

The tradition of carving Jack-O-Lanterns out of pumpkins did not come until much later, when the Irish made their way to America, 'home of the pumpkin.'


Not only were pumpkins new and exciting to the Irish immigrants, they were a great hallow medium to work with and carve.

Christian and Pagan holidays in America eventually merged, and Jack-O-Lanterns quickly became one of the most commonly seen symbols for Halloween.

It has become a tradition we've held near and dear for hundreds of years, and carving Jack-O-Lanterns will probably continue to be a family-fun tradition of Halloween for many more, I'm sure.