The Best Episode From Every Season Of One Tree Hill

The Best Episode From Every Season Of One Tree Hill 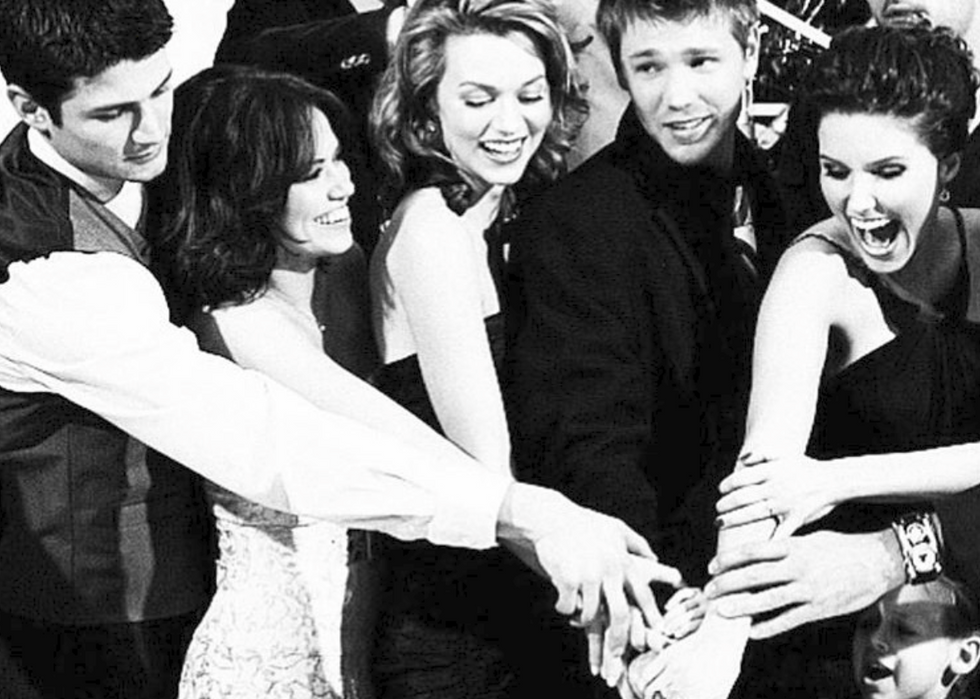 Anyone who knows me knows that I *LOVE* the TV show "One Tree Hill." While it premiered when I was super young, I found interest in it later in life. I first watched the entire nine-season series when I was in high school and it was still on Netflix. I fell in love with the drama, the scenery, the storyline, and Nathan Scott. (Anyone who's seen even the first episode knows what I'm talking about with that last one!)

Since then, I have: procured several OTH t-shirts; gone to one of the show's conventions in Wilmington, NC (where the show was filmed); and rewatched the series a handful of times. With quarantine upon us, and having finished "Once Upon A Time" and "Hart of Dixie," I've gone back to my roots and started "One Tree Hill" over from the beginning.

I figure I've watched this show enough times to make the following list, but everyone has their own opinion so feel free to comment yours below! Here's a list of my favorite episode from every season (beware the inevitable spoilers):

The Tree Hill Basketball and Cheer teams head to Charlotte, North Carolina for their respective competitions. While the teams do well, the drama certainly escalates after Peyton begs Haley to fill in for one of the cheerleaders. Half-brothers, Lucas and Nathan, are forced to share for once in their life, as Haley is Lucas' best friend and Nathan's new girlfriend.

Brooke's new neighbor, Felix, organizes a "Dare Night," in which teams compete to finish as many dares as possible within a certain time period. It's guys against girls in this night of fun, but things begin to escalate when Peyton confesses to a priest that she did drugs in order to secure a band for one of her "open mic nights." While dark secrets are shared in full, several moments of hilarity also ensue - making this my favorite episode of the second season.

In the season finale, Nathan and Haley have a grand wedding as Brooke and Peyton's friendship is on the brink of disaster, thanks to Lucas. Oh yeah, and Brooke's new frenemy, Rachel, confesses to sleeping with Nathan's uncle...in a toast to Nathan and Haley at their wedding.

The State Championship is fast-approaching but, while the team is getting into shape, outside complications plague the students of Tree Hill High. Nathan owes a bookie the championship, Haley is experiencing pregnancy complications before learning the sex of her baby, Peyton confesses her feelings for Lucas, and Lucas and Nathan are at odds about life and basketball.

As the show jumps ahead four years, Nathan and Haley experience marital problems as Nathan grows closer to their son's Nanny and Haley deals with a difficult student in her classroom. Lucas takes out his anger on Peyton for being rude to his new fiancé, and Brooke has troubles with her mother recently stopping into town.

Lucas and Peyton babysit Jamie, Nathan and Haley's son, while they have a double date night out on the town. Brooke tries to get a good read of Julian, Peyton's ex-boyfriend who moves to Tree Hill to produce a movie based on Lucas' best-selling novel.

I specifically love this episode because we see Nathan and Haley happy again after making it through their marital problems, and there's also a karaoke scene of Nathan and his friend, Chase, singing "Bust a Move" by Young MC.

Nathan and Jamie join Haley on the last few shows of her tour. Brooke and Julian figure their relationship out as Clay and Quinn do the same. I love this episode because we get to hear Haley (Bethany Joy Lenz) sing again, after she's taken a break from the road since her last tour almost caused her and Nathan to divorce.

As Nathan and Haley prepare for the birth of their second baby, everyone gathers at the hospital to recount stories of Haley's best (and worst) moments. Brooke and Julian prepare to adopt a newborn, until bittersweet news accompanies the baby's birth. I love this episode because flashbacks from earlier seasons are brought in. Also, Bethany Joy Lenz was pregnant in real life when Haley is pregnant in this season, so I just think it's cool knowing that!

Brooke and Julian have their twin boys baptized, which brings Brooke's divorced parents into town. Nathan and Haley continue to adjust to being a two-child household. And people from everyone's pasts continue to make their way to Tree Hill.

That's my list of favorite episodes from each season of "One Tree Hill." However, I adore the entire series and all of the goings-on. If you're looking for a new show to binge (or you just want to rewatch a classic), Hulu has all nine seasons of "One Tree Hill" available right now! Like any show, it may take a couple episodes to get into, but I promise you won't regret it!