The 1975’s "Notes on a Conditional Form": Album Review

The 1975’s "Notes on a Conditional Form": Album Review

The 1975 continues to surprise fans with experimental sounds on their fourth album, "Notes on a Conditional Form."

JonnaHarris
May 22, 2020
University of Illinois at Urbana-Champaign
12 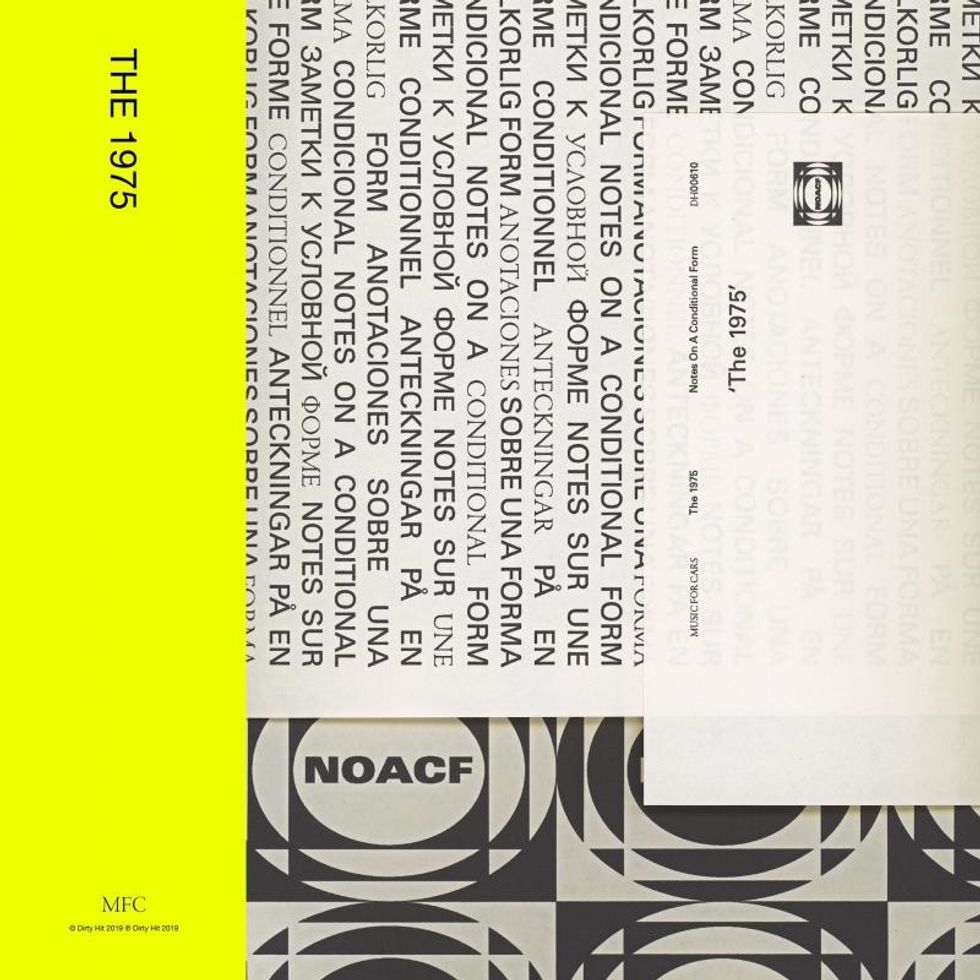 The 1975 skyrocketed to fame back in 2013 with their debut self-titled album, "The 1975." The band built an entire fanbase and essentially a culture that influenced teenagers all over the world. From their neon signs to Tumblr-worthy lyrics, The 1975 developed an image that fans couldn't get enough of.

As time went on, the band has continued to grow and refuse to limit themselves to one specific sound or genre. In 2020, "Notes on a Conditional Form" proves that they are not done experimenting- they're just getting started.

Let me start by saying that this album is a lengthy one. With 22 tracks, the band touches just about every genre on the spectrum.

The album starts with their signature track "The 1975." Musically, the song is similar to every other "The 1975" track on the band's previous albums. The only difference is a narration by environmental activist Greta Thunberg. Lead singer Matt Healy, once stated in an interview that he starts each album with the same song but just revised in a different way. "It's similar to when you start up an Xbox or PlayStation and you hear that same noise every time," he said.

"If You're Too Shy (Let Me Know)" is one of my highlight songs. It's definitely is a feel-good retro synthpop song. Fans of the band's sophomore album, "I Like It When You Sleep, For You Are So Beautiful Yet So Unaware Of It," will absolutely love this track.

Instrumental interludes like "Streaming", "Yeah I know", "Shiny Collarbone" and "Having No Head" are so different from each other and sounds like they chose a bunch of random ideas out of a hat and went with it. I'm not a fan of the interludes because they easily distract you from some of the better and more thought out songs on the album.

There are some gems lost in between the interludes. "Frail State of Mind", "Me & You Together Son" and "Nothing Revealed / Everything Denied" are all golden songs. I just wish it wasn't so hard to find them in the midst of 3-minute instrumental tracks.

The slower and acoustic tracks on the record like "Playing On My Mind" and are simple and display Matt Healy's vulnerable songwriting.

From a production standpoint, this album is very intricate and impressive. It's obvious to hear that they didn't shortchange any of the songs. I just didn't like some of the songs, it's that simple.

To wrap things up, I can't put together a description of this album besides the fact that it's a melting pot of.. stuff. I enjoyed songs here and there, but I don't think I can sit through another 22-track album in one sitting again. It could've been a superb and concise album if the band cut out some of the interludes and narrowed down on a certain sound or theme. But that's The 1975 for ya. I admire that they stick to what they truly believe in and do things regardless of the response from the public. They're rebels, isn't that why we all fell in love with them in the first place?