A New Yorker's quickie in Toronto. 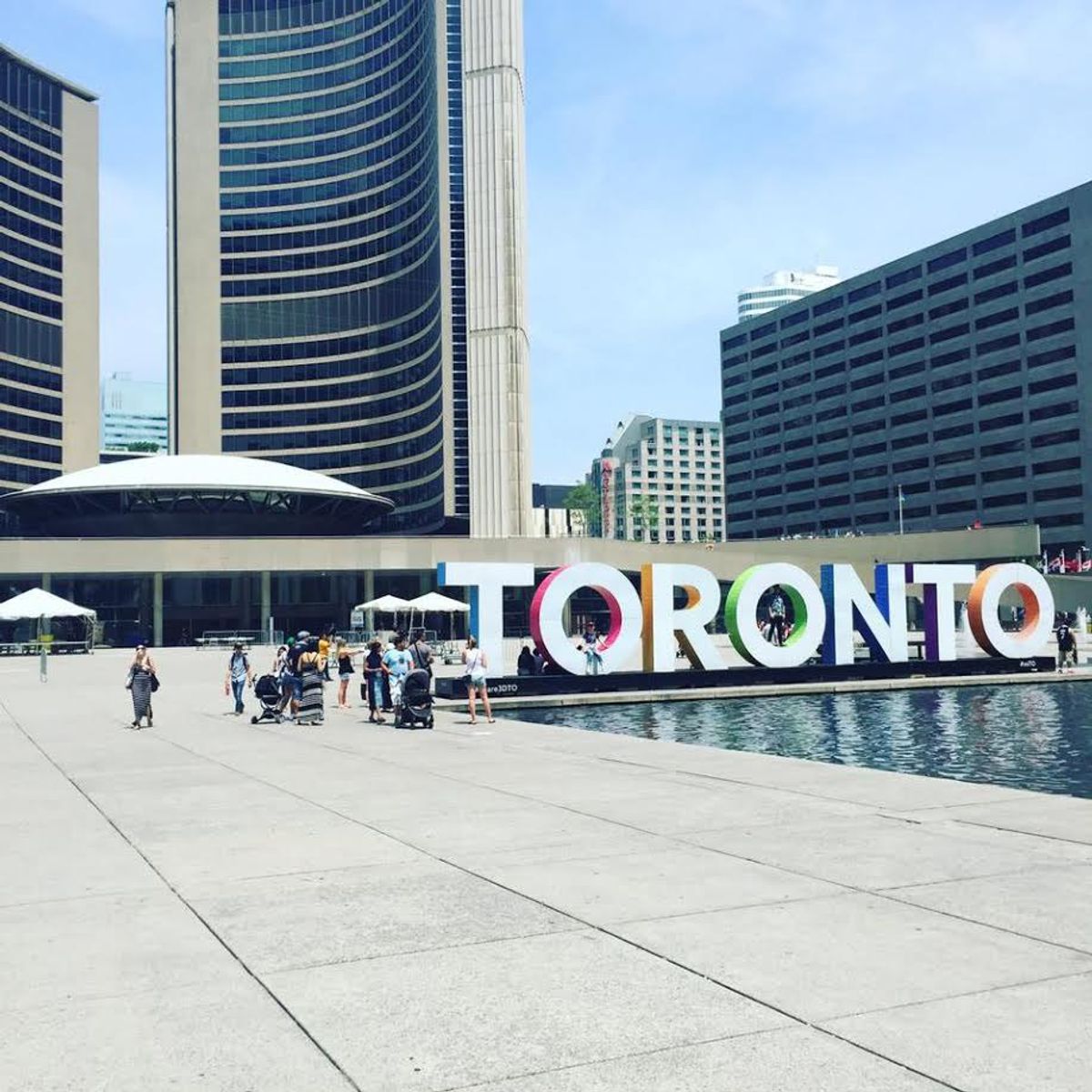 What comes to mind to the average American when one thinks of Canada? To some maple syrup, hockey, and mounted police may come to mind. What comes to mind when the average American thinks of Toronto? Some may say the (overrated) rap artist Drake or Caribana. My third eye let me know there was more to Toronto and Canada than what is usually thought of. In 2014 I had gone to Montreal with some friends to Montreal Museums Day which is the last Monday of May; this day coincides with our American holiday Memorial Day. Montreal was the premier Canadian city until the new kid on the block in Ontario became the premier Canadian City. My regret with Montreal is the fact that I did not educate myself about the city until my grandmother asked me certain questions I did not know.

In 2016 I hit Toronto for our Memorial Day weekend with one of the friends I hit Montreal with. I felt that before my second time coming to Canada, I would be more self-informed. One part of my self-education was to watch The Agenda with Steve Paikin. The show I found on the internet that brought in Ontario residents to shed light on Ontario politics, infrastructure, education, international affairs, racism, and Islamophobia just to name a few topics. One of the shows I watched was “David Austin: Black Radicalism in Canada” which piqued my interest as an African-American curious to the black diaspora. The specific episode shed light on a burgeoning black radical movement in the late 60s in Montreal. The specific episode also led me to buy and read David Austin’s "Fear of a Black Nation: Race, Sex, and Security in Sixties Montreal." The David Austin text informed me of a lot. For one it let me know that the longest international border is the American-Canadian border. Another small fact I learned was that Malcolm X’s parents met in Montreal and were both into the upliftment of the black diaspora. Nonetheless, I learned of the black migration to Canada in part due to current Prime Minister’s Justin Trudeau’s father, the late Pierre Trudeau welcoming in blacks from the Caribbean during his time as the Canadian Prime Minister in the Sixties and Seventies through immigration reform. Even though most of the book revolved around Montreal, I thought something would shed light on Toronto. The next best thing after trying to enlighten myself on Toronto would be to just visit.

As I touched down on Canadian soil that Friday morning, I got through customs and a black male Toronto Pearson Airport worker saw me, gave me the “brother” nod, and greeted me by saying “Welcome fam.” I felt even more assured in our neighbor to the North after such a greeting.

Getting into Downtown Toronto is quite easy from Toronto Pearson Airport. You can buy a ticket on the UP Express train and get into downtown Toronto in less than 30 minutes. Onboard you can even get access to the free Wi-Fi. As you get closer to the city you see the CN Tower from afar until you reach Union Station and can see it more up close. As a traveler on a budget, I stayed at the Planet Traveler on College Street. It is within walking distance of Toronto’s Chinatown, restaurants, lounges, convenience stores, and lots of nightlife. The TTC (Toronto Trade Commission) Subway’s Line 1 is also walking distance to get you to other parts of the city. The TTC’s streetcars also serve as a viable way to move around as well.


I was there on the Friday night when Toronto Raptors lost the series to the Cleveland Cavaliers for the NBA Eastern Conference Finals. Prior to the game the energy in the city was electric. The team was on the cusp of taking a nation to the NBA Finals, which had never happened before. Sadly I saw the hope grow into despair with the loss. If they had won two more games, they would have gone to the NBA Finals. The electric atmosphere prior to the game is something I shall never forget.

As a sports nerd, I had to visit the Hockey Hall of Fame on Saturday. I am a very casual fan of both the New York Rangers and Boston College Eagles Hockey team. I was able to see the jerseys of Bobby Orr, Wayne Gretzky, and Mark Messier. I also saw a timeline of the teams in the National Hockey League. I was also able to visit the Stanley Cup in the Great Hall.


On Saturday night I went to Revival Bar’s “Nostalgia: Back by Popular Demand” where I listened to hip-hop, reggae, and soca from the early 2000’s on College Street. The event had a strong Caribbean influence showing love to Jamaican, Trinidad & Tobago, Barbados, and Guyana among other Caribbean nations. As an African-American in a highly Canadian Caribbean venue with next to no Caribbean roots, I was embraced and shown love. I even had some people just come by and ask how I liked the event and if I was having a good time. I guess even amongst others my vibe spoke American.

A cool spot within walking distance of my hostel was the Kensington Market I hit on both Saturday and Sunday. At this location are many bars, lounges, boutiques, art galleries, food markets, and many vendors with a great bohemian flare. You can get some gelato here or a Jamaican beef patty here. At the Kensington Market there are also Pedestrian Sundays where you can see sketch artists creating art or hear local reggae bands providing live entertainment.

I was invited by my friend Annika and her crew to the Hot House for Sunday brunch. The Hot House is a restaurant in Downtown Toronto with an amazing brunch spread with great vistas of the 6. Annika and her cadre of Torontonians gave me an inside perspective on Toronto. Most notably they educated me on Canadian Caribbean culture and history in the city. One dart was the influence of the culture on Drake’s “Views” in a sonic sense. I was also informed that many Caribbeans in the Greater Toronto Area were fond of the late Canadian Prime Minister Pierre Trudeau who had a lot to do reform immigration to Canada that favored black Caribbeans at a time when the United Kingdom tried halting them from entering. She is a great resource of knowledge. Follow her on Instagram @thestylishreid for more information on Toronto.

When I visited Montreal I patronized Tim Horton’s (very touristy) for a maple donut and wanted to relive the experience in Toronto. If you have a sweet tooth, please eat a maple donut for the sweet tooth culture.

A place off the beaten path in Toronto is Eglinton West. In the 1970s and 1980s, many Jamaicans came to this neighborhood. It is one of the largest Jamaican expatriate communities in the world. In this neighborhood I visited Rap’s Restaurant and had some jerk chicken. I also took a chance to read the Caribbean Camera, A black Caribbean newspaper that hipped me to Toronto’s black diasporic community. Sadly what I saw was that development was happening in the area. This development would appeal to young professionals in the form of housing. Also, there would be changes in transportation to get these professionals to central Toronto. Basically, it looked like gentrification was happening here.


Needless to say this was a truly amazing weekend. With the now President –Elect Donald Trump at the helm of American leadership, Toronto is a great place to relocate to. There is no language barrier and it is similar to most major American cities. Also, do not forget this metropolis is more than just imitation rappers and maple syrup.