In A Year Where NOTHING Has Gone Right, Thank God For Taylor Swift

In A Year Where NOTHING Has Gone Right, Thank God For Taylor Swift

Miss Americana has been blessing us all year, and she's showing no sign of stopping. 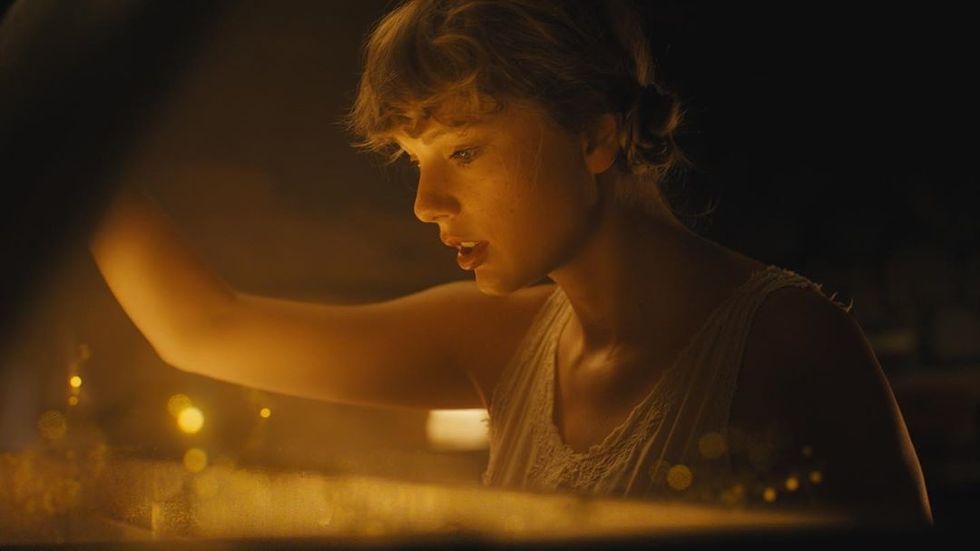 I think it goes without saying that 2020 has been ROUGH. I mean... we're in the middle of a global pandemic during an election year, and while it seemed like everything was starting to improve for a while, it's all starting to get worse again.

I was at a point where I was simply going through the motions of everyday life, knowing that few exciting things were heading my way and that what I used to consider "normal" was far from its return.

That is until the morning of July 23. For the first time in my life, I was early for work, so I opened up my social media to find that the pop goddess known as Taylor Swift decided to surprise-release a FULL album entitled "folklore" at midnight on July 24!

Less than 24 hours from her post! Not only did that help set the tone for my day even more, but it also changed my view on the COVID-19 pandemic. Finally, there was something to look forward to!

Through my excitement though, I couldn't help but realize that TS has been delivering for us ALL year, even if it went unnoticed. First, at the end of January, "Miss Americana" premiered on Netflix.

Swifties and non-Swifties alike got an all-access pass to Taylor's life. We saw how she evolved from the quiet girl who just wanted to sing and not upset anyone to the queen who is unapologetically herself and is ready to stand up for whatever she believes in. This powerful documentary also gave us "Only the Young," which is the power anthem we need moving into this election season.

Next, Taylor released "The Man" as a single. I still blast this song regularly as I drive down the road when I need a reminder that it's hard to be a woman, but that hard work can and will pay off. Plus, I still can't believe she transformed herself into "the man" for the video. INCREDIBLE hair and makeup!

As COVID-19 began to progress, it became clear that Taylor would have to cancel her Lover Fest tour. For the fans that were lucky enough to score tickets, I am sure this was a major blow.

However, for many other fans, this provided a new and exciting event at a time when NOTHING good was happening. The first of her Lover concerts had already taken place in Paris, and it just so happened that the concert had been audio and video recorded. So, being an angel, Taylor went ahead and released some of this footage as a one-hour TV concert. Then, the live songs were released the next day to keep the party going.

As Taylor mentioned in her "folklore" announcement, she had a lot planned for this summer, and in fact, we have the receipts. She made two cryptic Instagram posts in May. If you made the caption of the first image into a URL (notalotgoingonatthemoment.com) and went to that website in May, you would have found a countdown clock leading up to May 22.

When Taylor posted again a few days later, she had snakes in her photo caption. Snakes could then be found on the countdown clock page. Even today, when you go to notalotgoingonrightnow.com, it redirects you to Taylor Swift's website. Therefore, the website was not fan-created or a coincidence.

There were plans in place, but COVID-19 and Black Lives Matter protests made the point that many more things in the world were more important than music releases, so Taylor held off.

However, we have now reached a point in time that Taylor is imparting one more lesson on us before gifting us "folklore": there's never the perfect time to do something; you just have to decide to go for it. So as I spend the next few days listening to this album non-stop, I will remember that taking chances is worth it, while thanking Taylor in my head for making 2020 bearable... and perhaps, in some twisted way, one of the most impactful years of my life thus far.