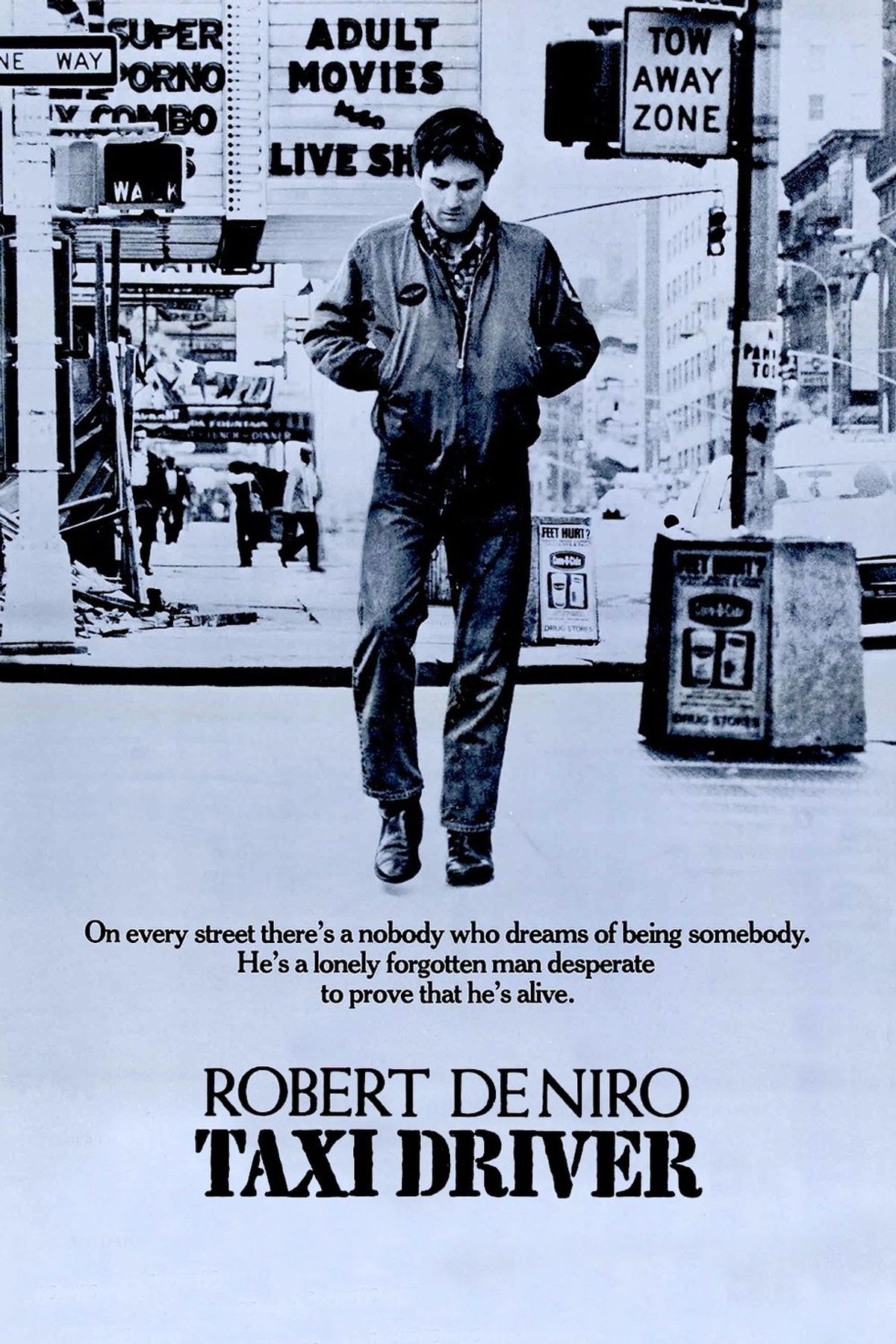 The central theme of Taxi Driver could arguably be summarized in this line. Travis Bickle, the anti-hero of this 1976 New York masterpiece, is consumed with loneliness. He doesn’t know how to interact with people, but all he wants is a sign of attention while battling with his reclusiveness. And yet, we sympathize (sort of) with Bickle because at least once in our lifetime, we have felt the state of being so alone. Some people are just better at dealing with it then others.

Martin Scorsese’s Taxi Driver, one of the greatest achievements in the history of the cinema, is a powerful and absorbing picture. It is a milestone for independent cinema as well, paving the way for films with more deeper meanings and artistic styles. The film is about Travis Bickle (Robert DeNiro in one of the best performances of his career), a young Vietnam vet living in 1970’s New York. Travis, who has chronic insomnia, decides to get a job as a taxi driver during nights to keep him busy. During the day, he visits seedy porn theaters and writes in his diary (in which we hear chilling narration from DeNiro). At night, he becomes disgusted and obsessed with the scummy, vile underworld of New York filled with prostitutes, pimps, dopers, pushers, killers, and delinquents. “All the animals come out at night” says Bickle, cruising down the streets in his yellow vessel. From the minute Taxi Driver begins, and the pounding score reaches our ears, we envision this city as a hell. The first shot of the film shows the taxi rising out of clouds of steam coming from below, as if doom had arrived coming to wreck havoc in an unsuspecting society.

The story kicks in gears when Travis encounters two key characters, the first being Betsy (Cybill Sheperd), a young woman working as a campaign volunteer for presidential candidate Charles Palentine (Leonard Harris). The second is a twelve-year-old prostitute named Iris (Jodie Foster in a powerfully brave and committed performance), whom Travis encountered after she entered his cab in order to escape from her sleazy pimp, Sport (the great Harvey Keitel). Travis’s sexual frustrations come to light in the former character, as he takes Betsy to a porn film as a date (you can imagine how it goes). The latter character is the most intriguing aspect of the film because Travis wants to save the young Iris as a way to redeem him of his sins, even if Iris doesn’t want to leave the life she is in. Travis wants to save someone that doesn’t want to be saved, but is so immersed in getting her out of the prostitution business as a way to deal with his frustrations stemming from the vileness of the city. The latter half of the film shows Travis resulting to horrendous and violent actions (especially the famous climactic scene, a brutally graphic scene that was deemed too disturbing for audiences during the 70’s).

Everything, from the jazzy and piercing score by Bernard Hermann (composer for Hitchcock films such as Psycho and Vertigo) to the poetic cinematography by Michael Chapman, is intended to resemble some kind of mood or feeling felt by the awkward Bickle. Herrman’s score includes a saxophone that stands out to symbolise Travis’s loneliness, and later becomes more darker and brooding than jazzy as the film progresses. The visual style is also a very important key in Taxi Driver, as each shot by cinematographer Chapman and director Scorsese emphasises emotions and symbolisms. One famous example is the scene where Bickle calls up Betsy after their disaster of a first date. He has tried calling her numerous times, as well as leaving her flowers, but to no avail. As we see Travis talking on the phone, the camera pans to the side in order to show an empty hallway, as if the conversation was too pathetic to bear.

41 years later, the film has become one of the quintessential New York-based films, as well as being recognized as one of the best films of all time. It’s dark nature and graphic violence isn’t for everyone, but a master director working at the peak of his powers crafted the picture. Taxi Driver is the kind of film to probably not be made or even watched today, and this is why it is also so relevant. Not only does it pertain to an era of films that took so many risks, but it also captures a moment in American history that shows a different New York going through states of crime, drugs, and paranoia. It certainly is a time capsule of a film, and one of cinema’s bravest and towering achievements.