In a world where your identity is often decided for you, race is always a contributor. 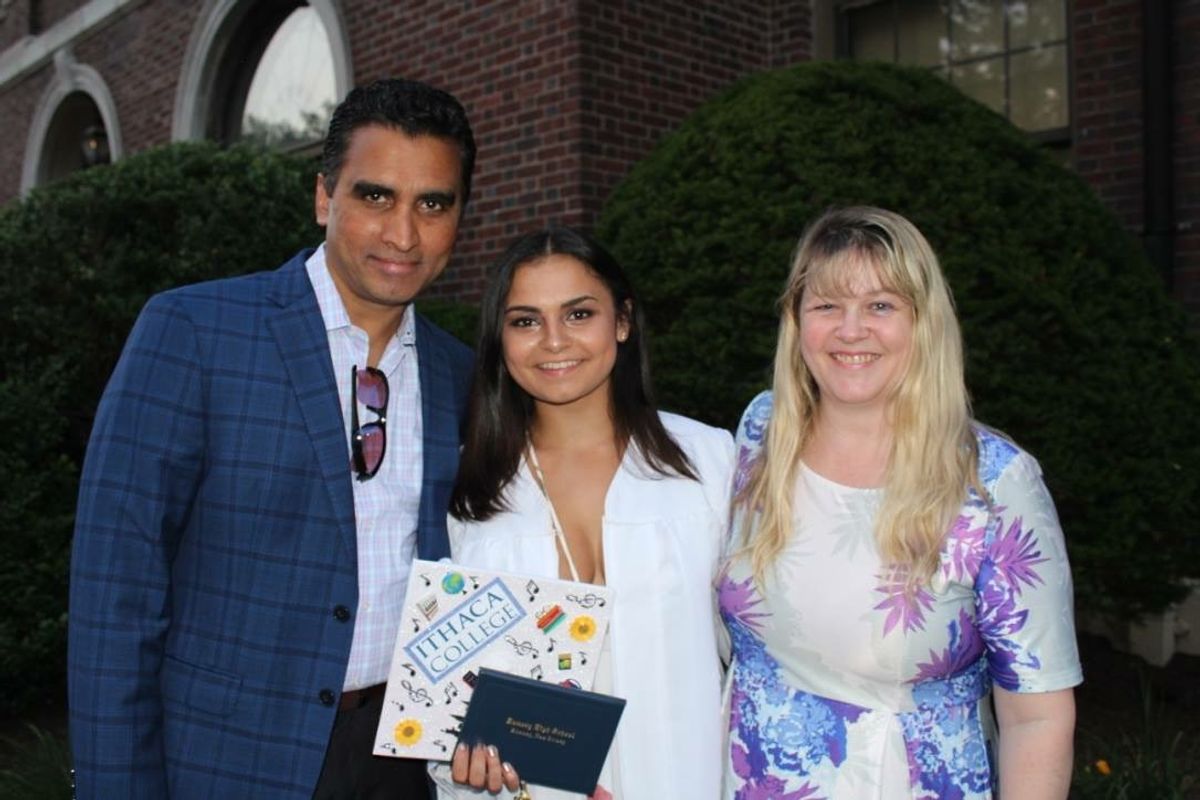 Some people claim “they see no race” when it comes to defining people, but if the past few years haven’t proved that statement to be the falsest thing ever said, then I don’t know what will. Let’s be real for a second – race does matter. Unfortunately, it has mattered for the worse more frequently than the better, but we can’t pretend like it holds no meaning. It affects how we are seen in the world, and it most definitely defines us, whether we’re White, Black, Asian, European – you get the picture. Race is an identity that you are given, whether you like it or not, when you are born. That being said, what if you don’t fit into any one racial category? Does that mean you still have an identity to fit into? Based on my own experiences, I can tell you right now that it often feels like you don’t.

I am a mixed child; product of a very white mother and a very Sri Lankan father (Sri Lanka is that teeny tiny island off the coast of Southern India, btw). When I was really little, I used to think everyone had parents that looked completely different from each other, and I didn’t even know what race was to be honest (ah, the naivety of a child). Then I started to make friends, the majority of which had two white parents, or two Asian parents, and very rarely would I come across parents of different races.

This probably contributed to my shyness growing up, though not the only reason, because although I didn’t necessarily look too different from my classmates my name definitely stood out every single day when the teacher was calling attendance. In plain words, I thought I was weird, abnormal, strange, you name it, because I didn’t even understand what race I belonged to. It was frustrating to have my classmates assume my race, and people would often say you look Italian or Russian or Hispanic, but I was none of those things. How can I be Sri Lankan and white if I don’t look entirely like either one?

One of the most traumatizing, race related moments of my childhood was when we were reading a book about culture in pairs. A Muslim woman was shown wearing a Hijab, and the boy who was my partner pointed at me and laughed, “Hey, look, it’s you!” Though this is extremely offensive and by all means shows just what a charming young man he was, he meant it as an insult; to hurt my feelings. And that it did. Not because of the race he was assuming me to be, but because of that mocking tone in his voice that clearly meant I was different. It took me until my last year of high school to fully understand that being different and racially unique was a good thing, but that’s a story for another day.

My point is, in my mere nineteen years on this planet, I haven’t felt like I truly belong to any one race. When I go to Sri Lanka, my relatives all say how white I am, and when I visit my family in Connecticut, it’s obvious that my tan skin and black hair doesn’t quite fit in with my pale, freckled, blue eyed cousins. The only thing I truly feel like I can identify with is not a race but a group of people: my siblings. They are the only ones who see themselves as I do. We are outsiders to our own racial identity, and there definitely is not a big population of half white half Sri Lankans out there. Maybe this feeling of no belonging will change, but until then I can enjoy the comfort of my siblings’ experiences and our uniqueness to guide me through my ongoing racial uncertainty.