I Swear, And I'm Okay With It
Odyssey

I Swear, And I'm Okay With It

I am woman, and you better be ready to hear me roar. 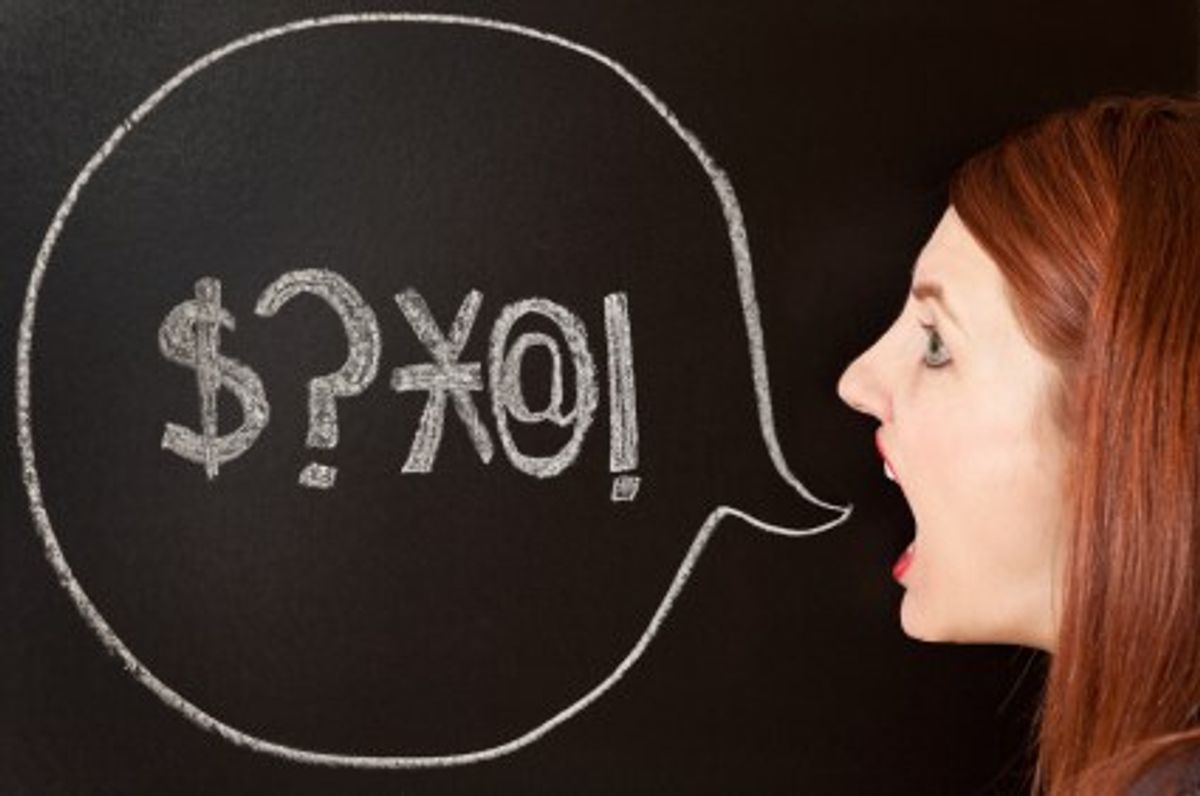 In my life so far, I have come across many people who have implied that because I am a woman, I should not swear because it’s supposedly seen as unladylike and unattractive. I understand that cursing may not be for everyone, but that doesn’t give anyone the right to tell other people what they can and cannot say.

Here’s my honest declaration: Yes, I do swear and yes, I’m okay with it. In fact, I’m more than okay with it because having a “trash mouth” is part of who I am and I don’t believe I’ll be changing it anytime soon.

I don’t use swear words in a violent or aggressive manner. I have never once in my life cursed someone out (even though I have admittedly considered it). I swear because it allows me to express certain emotions and release tensions that would otherwise stay bottled up inside of me.

When the person driving alongside me on the highway almost hits my car because they are overly engrossed in texting, I’m going to slam on my horn and yell obscenities on the top of my lungs. In this scenario, I’m not swearing to start a fight with the other driver. I’m swearing to release the tension that built up in my body as I braced for the potential impact of the car alongside me.

When I’m walking barefoot through my home and slam my toe into the wall as I turn the corner, I’m likely going to cry out in pain and drop an F-bomb or two. In this scenario, I’m cursing at my bad luck while relieving the pain of almost losing my damn pinky toe again. And for everyone out there who doesn’t believe that swearing relieves pain, a study documented in the scientific journal NeuroReport begs to differ. Psychologist Richard Stephens of Keele University in England, who led the study, says, “Swearing is such a common response to pain that there has to be an underlying reason why we do it. I would advise people, if they hurt themselves, to swear."

Some people are going to ask, “Why is she am actively defending my right to swear? Do I believe that strongly in vulgarity?” I believe that I, along with every other woman, has a right to swear, no questions asked. The context of swearwords aren’t inherently vulgar and often, it takes an extreme amount of courage and confidence to tell someone where to go.

When I curse, I do it lightheartedly. I use swearwords to express joy, passion and happiness just as much as I use them to express frustration and annoyance. There’s a huge difference between my excited “hell yeah” and my dismayed “hell no.”

I greatly appreciate someone who can creatively interlace curse words into regular conversation. I love a good tongue-in-cheek, perfectly placed F-bomb when it’s least expected, especially when it comes from someone of high respect and authority. Swearing is humanizing. It shows us that the people who we put on a pedestal are still real people at heart. Nonetheless, I respect people who swear just as much as I respect people who chose to refrain from doing it.

I swear, but I promise I’m also one of the most kind and polite people you will ever meet. I mean every “please” and every “thank you” that leaves my lips. I treat every individual with the same amount of respect that I wish to be treated with. No amount of swearwords will ever change that.

You don’t have to like that I swear, but you do have to accept that I’m not going to stop. Frankly, life is too short for me to give a damn about what other people think.

I am woman, and you better be ready to hear me roar.

Emma Hyatt
984
The Truth About My Parents' Divorce