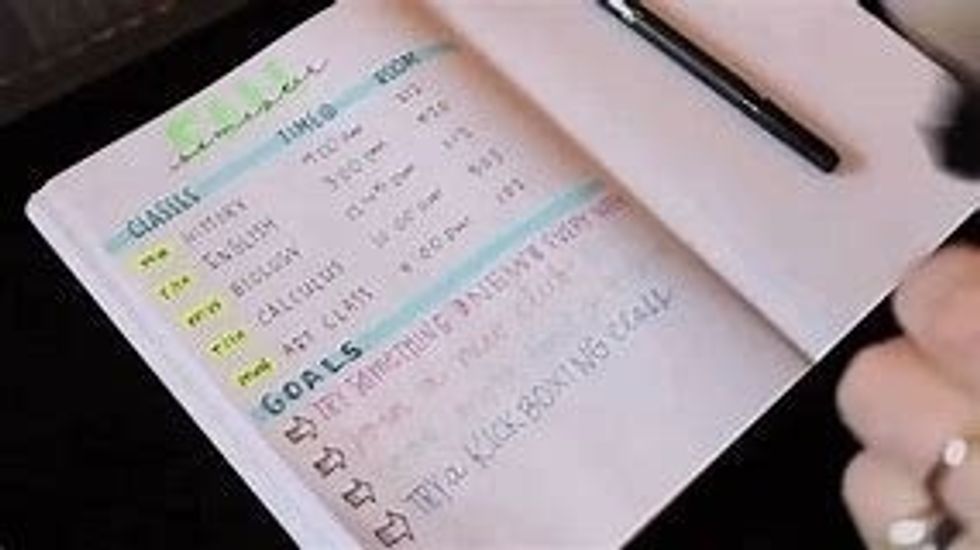 Never did I think surviving summer was so difficult if anything possible. Since the middle of May, this schedule that I embarked on was nothing short of intense. Fighting for sleep and a social life was a struggle due to the constant commitments I was giving to other people. Looking back, being involved in many different things at once was a tad-bit stressful but worth the reward offered in the end whether that was money or an experience to savor and apply for the future. This just goes to show all the hard work and pain is worth it in the end, no matter what season it may be.

As soon as finals were over, the preparation for my digital detox begun (starting the day after finals). Enjoying the last bits of social media and instant connection while looking upon what to do exactly for thirty days. Soon, I had begun my journey and spent those next thirty days without Instagram, Snapchat, Twitter, and Facebook and limited my YouTube to strictly my laptop. Getting outside became common and hanging with others was more special because of the disappearance of the "clutch," (phone). Attending, the NCAA Men's Lacrosse Championships became a the first test for me as I observed others instantly posting this moments on their many platforms. Standing on the outside, I simply took some photos and videos and spent a majority if the game observing the fast plays and steadiness of other players. Returned back to my alma mater (high school), and saw future artists speak their voice through many mediums and special styles for the eyes to thrive upon. Also, catching up with old teachers about how things were and where the future is headed for them. Soon, attended my first MLS game with a friend (thanks Justin :)). Driving through rough weather created a great atmosphere for wonderful conversation and growing connection. Continued to work out and work in my single job which would soon change in the role and jobs I would take on.

Entering June, I was still on the digital detox so exploration continued in my local community trails. Finding these trails opened the mind to an ease state and worry was taken instantly as the focus was drawn to the trees. Previously, I had signed up for an adult soccer league with friends and training alone brought energy and excitement to the day. Eventually the digital detox was up and I could once again connect. Although, the urge to swipe and scroll was less which brought discipline that I still see to this day. Received my baby (pearl yeti), who would be home to carpool karaoke and many rides across town. However, couldn't enjoy the car for long because I was soon packing for a empowering week at Georgian Court University to train girls in confidence and leadership through the role of a counselor. Witnessing many girls take on roles of government within the span of a week and grow strong connections with others made it one for a lifetime. Guiding them through a compact schedule proved to be a challenge for some, but prevailed in great results as they left stronger then when they arrived. Thanks George! It made coming back home difficult as I resumed to the work schedule and educating myself in biology.

Welcoming July with open arms soon proved to be a handful as this would be where new experiences would take place. Between going to the gym, an internship, and now the two jobs, it was truly something else. Days would start as early as six am and continue into the late evening (sometimes 11). Within these 17 hours, it was go go go. One destination the next I was non-stop and determined to make it a meaningful and worthwhile day consistently. Making sure my bio grade was healthy, I also made it point this point to physically push myself in the gym through different workouts. Trying skills from crossfit proved to boost my confidence and motivate to increase the amount of weight. However, between this schedule making time to enjoy life was also present occasionally such as trying new foods with friends, playing weekly games with other adults in the sport I loved (soccer), increasing collaboration with others at work, or embarrassing myself at golf while shoving guac down my throat, it truly was one month for the books. Especially, aiding others such as in the internship, fundraisers, and surprising my team members with food made the heart fill whole and see August in a new life as biology was finished and stats was just beginning.

The final stretch, a month common for flying us quickly causing stress among many other college students and parents to cram many memories within these thirty-one days. Sadly, my internship came to a close and seeing bright happy children everyday became absent causing personal spirits to lessen. The jobs continued to bring more hours as my new role was continuing to grow with new responsibility and the other increased in popularity to the public causing even a bigger commitment. Having all these hours and a stats class that continued in a stressful deviation, a social life proved to be near-absent. However along with a friend we were able to help another friend with an introduction to a new food, sushi. It was a great meal where we conversed over the summer and past childhood shows while dunking the various rolls in soy sauce. With this being college move-in season, hanging out with some friends with the past made the times more special especially over food. Along with a friend, we bonded over brunch and discussed the good-ole days of high school. As my stats class came to a close, there was two weeks remaining of summer and the determination factor was high. I had committed to assisting one of jobs in a vacation day program for kids in grade K-8. Within the span of two weeks I went to five new places and opened my mind to the entertainment possibility for my own job. Although, it did require an earlier start to the day (5:15 am) due to the need for exercise and energy to power me through the various situations that were held for the day. Enjoying time with family was also present in small things such as group meals to day trips such as Longwood Gardens.

In the end, the time that summer provides to us is one not to be wasted and should be spent wisely. This opportunity can be spent with family and friends doing all sorts of activities that can bring you closer to them. It doesn't have to be as big as a firework spectral or as small as going to a driving range. Step out of your comfort zone and try new things (edible or not), and make experiences that can last a lifetime, because that is what summer is meant to be.