Here's what this case will do for LGBTQ rights and why it's a cause for celebration. 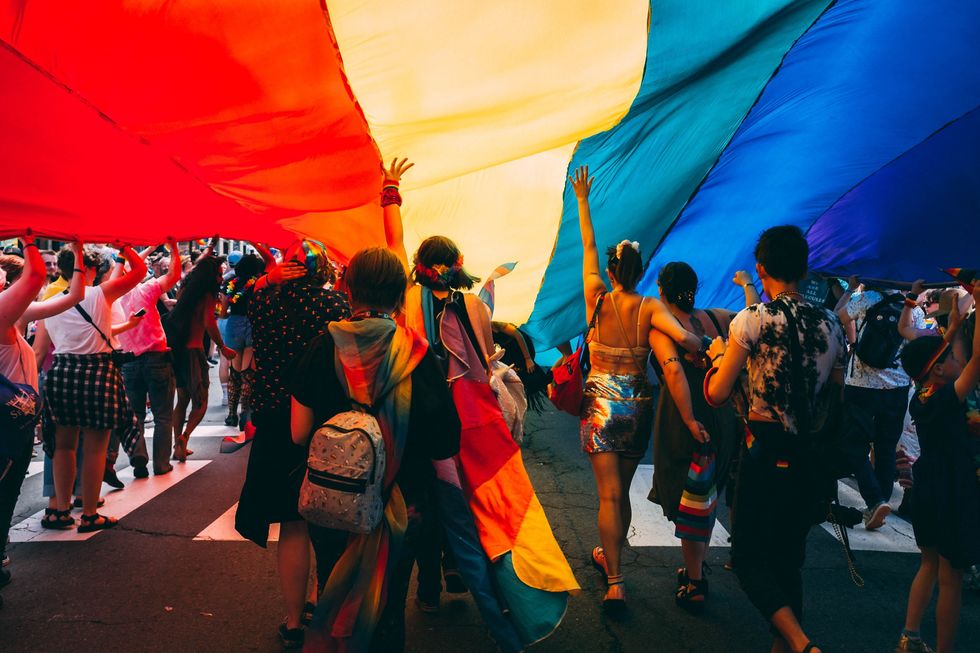 At the start of Pride Month this year, the LGBTQ community awaited a Supreme Court ruling that would decide whether federal law protects people against discrimination on the basis of sex. They announced that their 6-3 ruling does protect LGBTQ individuals in the workplace because "sex" includes gender identity and sexual orientation.

It's a much-needed ray of hope in a dark year, but what does the ruling mean? Here's what this case will do for LGBTQ rights and why it's a cause for celebration.

The Issue With Title VII

The Civil Rights Act passed in 1964 and covered a few key issues of the time. Although the 14th Amendment guaranteed equal protection under the law, racial discrimination still prohibited the growth of social justice and equality. Under President Johnson, Congress passed the Civil Rights Act of 1964, which clarified that no one could discriminate based on race, sex, religion, color or national origin.

It was a monumental legal victory for the civil rights movement of the 1960s, but even that law became murky with time. People began to understand that there is more to gender identity and sexual orientation than straight, cisgender men and women.

When people in the LGBTQ community were fired for living their truth, it was up to the states to decide if it was legally excusable or not. People could count on legal protection in some states, but many still allowed discrimination to happen because they viewed it as a freedom-of-faith issue.

Although court cases over these situations have happened before, none of them made it to the Supreme Court. Under the Obama administration, the Equal Employment Opportunity Commission (EEOC) included gender identity and sexual orientation in Title VII of the Civil Rights Act of 1964. It gave the LGBTQ community further grounds to take employers to court, but it didn't make discrimination illegal nationwide.

In 2013, Aimee Stephens wrote a letter to her boss and coworker. She had come out to her wife in 2009 and felt she was ready to do the same in her workplace. Two weeks after presenting the letter to her employer, R.G. & G.R. Harris Funeral Homes terminated her full-time employment after 30 years as a funeral director, six of them with that company. Her boss specifically stated in court proceedings that he fired Stephens because she was going to dress like a woman at work.

In 2018, Stephens won her case in the Sixth Circuit U.S. Court of Appeals. The funeral home, however, appealed to the Supreme Court. This situation was especially concerning, as President Trump had appointed two new justices to sway the Supreme court towards traditional, conservative points of view.

It seemed unlikely that they would rule in Stephens' favor. However, the court announced that firing an individual for being transgender or gay violates the Title VII clause that had upheld workplace discrimination for decades.

EEOC (Equal Employment Opportunity Commission) vs. R.G. & G.R. Harris Funeral Homes, Inc. is a crucial LGBTQ legal case because it sets a national precedent for workplace protections. People are now free to live their authentic lives, both at home and work, without fear that they will be cast aside by the legal system if their boss attempts to break the law and fire them due to their sexual orientation or gender identity.

It furthers LGBTQ rights in a way that future cases can't question or roll back. Even as the LGBTQ community celebrates this next step towards equality and progress, there's much left to do. Discrimination is rampant in public accommodation and housing, as well as other sectors of public life.

One victory doesn't mean every challenge is a thing of the past.

Before the community moves onto the next challenge, there is one major loss to reflect on in this moment. Aimee Stephens, who first brought this issue to court nearly a decade ago, passed away last month of complications related to kidney disease.

She never got to see her final victory unfold, but she will be remembered as a trailblazer for refusing to stay quiet and accept discrimination in the workplace.