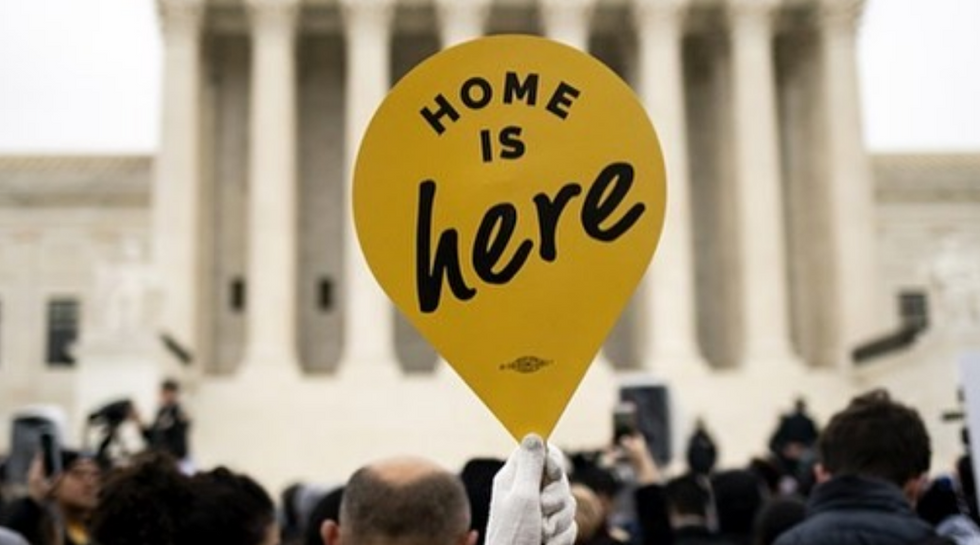 This morning, my best friend sent me a link to a news article. As soon as I read the headline, I let out a huge breath, one that I'd been holding in for the last three and a half years — The Supreme Court blocked the Trump administration's attempt to end Deferred Action for Childhood Arrivals, an Obama-era program that protects hundreds of thousands of immigrants brought to the U.S. as children from deportation and allows them to obtain a work permit and driver's license.

Events leading up to the case

Trump had announced early on in his campaign that ending the DACA program was on his agenda. When he launched his presidential campaign on June 16, 2015, he said, "I will immediately terminate President Obama's illegal executive order on immigration, immediately."

At a campaign event in August 2016, he said, "We will immediately terminate President Obama's two illegal executive amnesties, in which he defied federal law and the constitution to give amnesty to approximately 5 million illegal immigrants."

After he took office in January 2017, reporter David Muir asked him about DACA and Trump said, "They shouldn't be very worried." But in September 2017, Jeff Sessions, on behalf of President Trump announced that the administration was ending the program. They gave no real plan for what would happen after the phase-out, leaving it up to Congress. Federal court judges in Washington, D.C., New York, and California issued a preliminary injunction to block the president's action.

In June 2019, the Supreme Court announced they would take on the case, and a decision was announced a year later on June 18, 2020. The 5-4 ruling was written by Chief Justice John Roberts and joined by Justices Ruth Bader Ginsburg, Elena Kagan, Stephen Breyer, and Sonia Sotomayor. The ruling emphasizes that the administration failed to provide an adequate reason to justify ending the DACA program. Roberts wrote in the majority opinion:

"We do not decide whether DACA or its rescission are sound policies... 'The wisdom' of those decisions 'is none of our concern.' We address only whether the agency complied with the procedural requirement that it provide a reasoned explanation for its action."

According to the ruling, the attempted end of DACA was "arbitrary and capricious." This ruling helps alleviate the fear and uncertainty that DACA recipients have been facing by affirming the decisions of the lower courts that protected DACA three years ago.

In August 2018, USCIS estimated there were 699,350 active DACA recipients residing in the United States representing dozens of countries, from Canada to Finland, Mexico to Germany, Taiwan to Ireland. DACA recipients have gotten advanced degrees. They have started businesses. They have bought houses and had children who are U.S. citizens. Ninety percent of them have jobs and 29,000 are health care professionals, many working on the front lines of the COVID-19 response.

The future of DACA is still uncertain. While this ruling prevents the administration from enacting any plans to begin immediate deportations, many suspect Trump's administration will try to find another way to end the program. And DACA is only a temporary solution to a bigger problem — DACA status does not provide any permanent legal residence and it does not provide a path to citizenship. It's a limbo state until U.S. lawmakers either create a path to citizenship or end the program and go back to deporting these individuals.

Regardless, today is a victory for DACA recipients and advocates, as well as the millions who are directly and indirectly benefiting from the program. May this be a step towards a brighter future.