How To Support Scientific Research

Science Fuels Our World, So We Need To Do More To Support Scientists And Their Research Projects

Science isn't an isolated topic. It breathes and exists within all aspects of our lives. 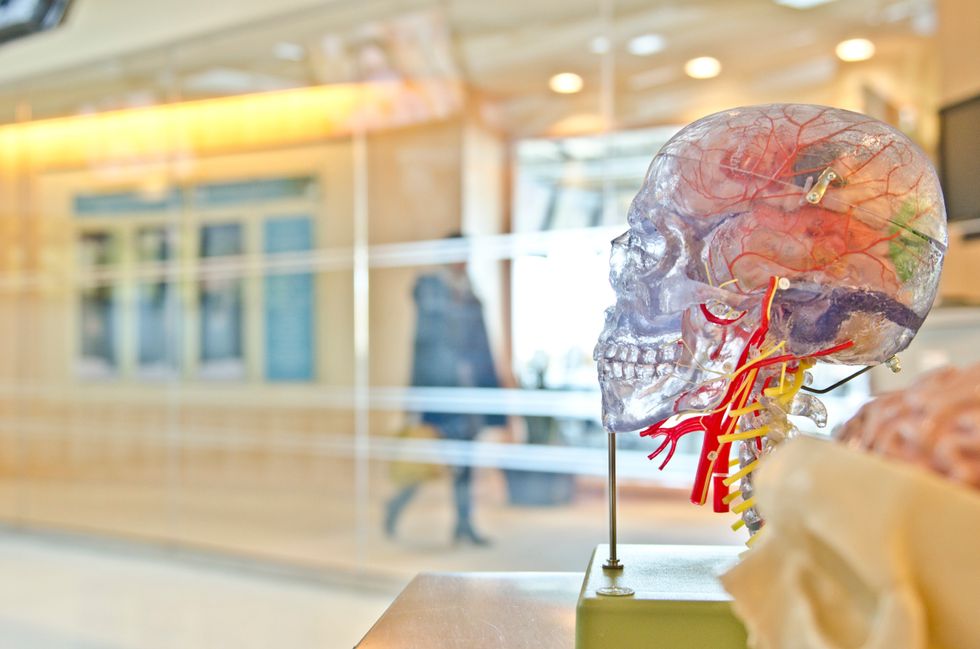 Many times I hear from people in the humanities, "I'm no good at science/physics." Other times I hear people in scientific fields say something similar to "I'm bad at reading/writing." There's an obvious divide between the two sides that proves hard to ameliorate. As a triple major in Astrophysics, English, and Medieval Studies, I've always found that interdisciplinary studies and research is essential to our growth as a society.

In its purest form, science is meant to improve society as well as satisfy curiosity. However, most of the time, if you aren't involved in science, you mostly mute it on a daily basis, even though each aspect is geared towards improving daily life. Usually, we like hearing the bottom line, like a new cure, space missions, improved environmental conditions, etc. However, most of the scientific research takes a lot of time in the research stage, before development can occur. According to this four-part series on the challenges of the scientific community by Boston University, corporations who fund scientific research only funds about 20% research versus 80% development. That's a great discrepancy considering how faulty the data is behind the development if not enough time is spent on discovering the factors behind the "bottom line." Corporate funding can also be biased as well, trying to direct results for their own gains.

Unlike a few centuries ago, when scientific funding was mostly privately garnered, today, most of the funding comes from federal grants. This makes funding competitive, as research must be relevant enough to get funded. Also, in the article from BU, they noted how many postdocs were finding it hard to find a career in academia, like they'd hoped because the funding wasn't there for their positions. Though there still is a ponderous need for people to remain in the field of academia, doing the research and development, there are also other avenues that are still related to science that are also in demand for the future of research.

In an article by a 2016 doctoral candidate, Daniel Pham, who wanted to go into public outreach, he noted the incongruity between scientists' views and the public's view of science. There was a large gap in the knowledge that is standard in academia and that of those outside scientific research. Scientists, he pointed out, were quick to say that their research or research, in general, wasn't always represented right, but they were also hesitant or unwilling to promote their work to the public as it wouldn't further their careers. However, engaging the public is so important because being an advocate for your own research gains insight into its importance. If people don't know what you're doing, they won't care if you get funded or not.

In the current age of social media and the influx of information on multiple platforms, getting the word out there is effective and possible. According to Pham's article, "A recent study has shown, however, that increased interaction with reporters and the more Twitter mentions a study receives correlate with a higher h-index of the author, a metric for measuring the scientific impact of a publication." The more citations accumulated, the more relevant the work will be.

Though there is a trend among scientists sometimes to stay in their own box, they are urged to step outside or have another step outside the box, in order to lobby for science. "Public engagement, whether it is face-to-face or on social media, will encourage people to think actively about science and understand its relevance to them in their daily lives. Increased interaction with the public will effectively inspire new champions for science research and encourage them to lobby for science." For me, I currently work at the Rutgers Physics Lecture Hall and we are constantly doing outreach for physics.

My boss, Dave Maiullo has an off-Broadway show call "That Physics Show" where he presents physics concepts to audiences of all kinds, relating it to everyday life. We at the lecture hall also do annual science shows call Faraday Shows in December that are free to the public. Traveling to other high schools, grade schools, and middle schools is a constant for us, as we teach the young kids about physics, and hopefully get them interested in it in the future. Many times, kids who've already seen the show want to come back again or are still interested in what we've taught them a year or two prior. Public outreach, in my first-hand opinion, works.

"Beyond the better-known paths in industry, as well as science writing, there is room for doctoral candidates to make their impact in fields beyond academia as policy analysts, consultants, entrepreneurs, and innovators." The people who are unable to or don't wish to join in traditional research have many other areas that are possible. I even went to the 2018 Columbia University's College Undergraduate Women in Physics Conference where people in all sectors like business, fashion, and writing, talked about their careers and how physics is still an integral part, even if it isn't specifically in their title.

Science isn't an isolated topic. It breathes and exists within all aspects of our lives. For those who are struggling to find or decide if they want a position in academia, there are other career avenues that may suit you better. And for the general public, science, the science that cures your diseases, powers your lights and air conditioners (especially in this recent heat wave), and helped create the laptops and smartphones you're reading this on, needs your attention to survive and thrive in the future.

science
Report this Content
This article has not been reviewed by Odyssey HQ and solely reflects the ideas and opinions of the creator.