WWE's blockbuster summer event already has a lot of predictions and it's not even June. 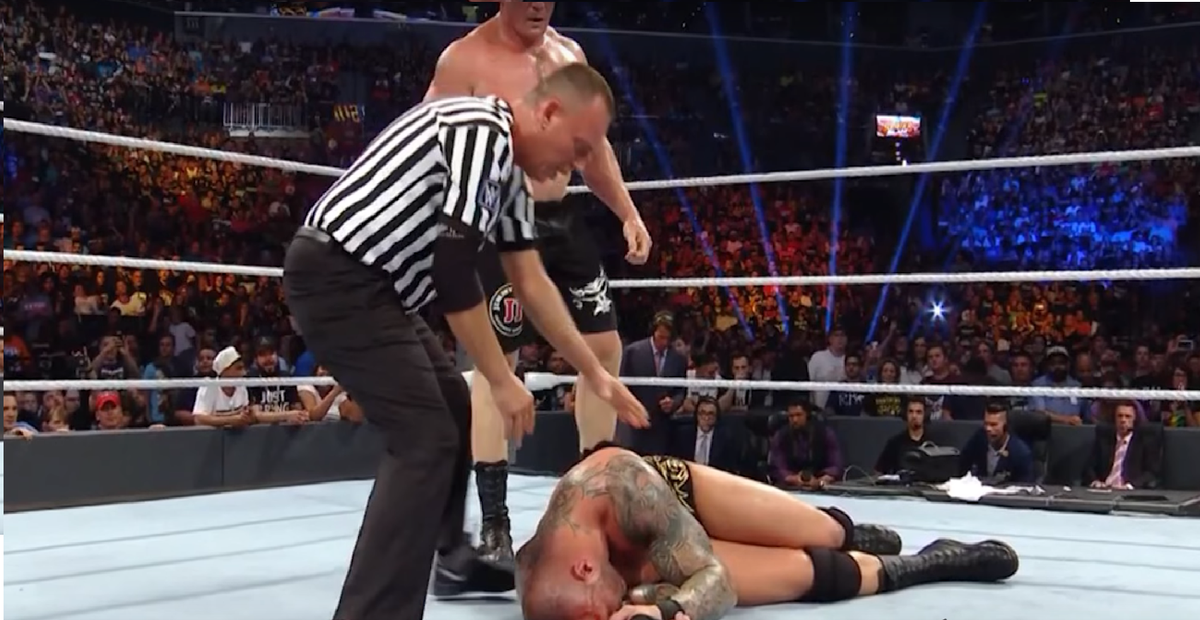 Summerslam is one of WWE's biggest events of the sweltering season, occurring every August in big arenas such as Brooklyn's Barclays Center. Considered one of the 'Big Four' PPVs in the company next to Royal Rumble, Wrestlemania, and Survivor Series, Summerslam has had its fair share of memorable moments, incredible matches, and overall a lasting legacy.

As the summer heats up in the country and Wrestlemania is over for the year, this is a perfect time to make some impossibly possible dream matches and predictions to go down at WWE's summer blockbuster event.

"The Big Dog" has been earmarked as the next big star in the company for years now, whether fans like him or not. After having a lackluster performance at Wrestlemania 34, Reigns has tried to bounce back from his two losses to Brock Lesnar in the same month.

To have Reigns finally turn heel, to finally become the bad guy in the company, would be a shock to devoted fans of the wrestler. However, Summerslam is the perfect opportunity for him to turn his back on his fans and have the credibility to be a dual performer as a bad guy and a good guy. His days as a member of The Shield was a good showcase of his heel abilities, yet this year's event is a great chance for him to break away from the good guy role and be the bad guy we're all craving he becomes.

2. Samoa Joe (c) vs Daniel Bryan for the WWE Championship

Samoa Joe's surprise jump to Smackdown recently opens a possibility of dream matches or return matches from his days in TNA and ROH. Two of those matches could possibly happen in the near future, with one potential opponent being his old ROH rival Daniel Bryan.

Both are gifted in technical prowess, and their matches in ROH are still memorable. Although AJ Styles is currently WWE Champion, Joe has garnered a reputation to easily challenge Styles for the title and set up a match with Bryan at Summerslam. It will be interesting to see these two lock up once again in a WWE ring for the company's top prize at the company's biggest event.

3. Seth Rollins (c) vs Dean Ambrose for the Intercontinental Championship

These two former Shield brethren had an awesome rivalry in 2014 when the group disbanded, and their reunion last summer by winning the Raw Tag Team Championships at that year's Summerslam was just as impressive. However, many have speculated that Dean Ambrose would be turning heel on Rollins in the near future until Ambrose was sidelined with an injury for some time that seems to be healed up for Summerslam with recent pictures of the cast-free Ambrose.

Rollins' recent title win at Wrestlemania 34 is the perfect grabbing point for both wrestlers, yet the two have had a personal rivalry that can easily be reignited this summer. Hopefully, Summerslam sees the two tear the house down in an awesome bout if it goes down.

4. Bayley vs Sasha Banks in a No Holds Barred match

Two of the Four Horsewomen have had impressive careers in NXT and WWE since 2014, including their stellar 30-minute Iron Man match at Takeover: Respect. Recently, though, both have shared signs of dissent with each other although paired in tag team matches and supposedly friends. If one was to fully turn heel on the other would set up a great opportunity to further the women's evolution in WWE, and Summerslam is the perfect place for that.

At last fall's TLC event, AJ Styles replaced Bray Wyatt in a match against Finn Balor that became a de facto match between two former Bullet Club leaders. The one-off match offered a glimpse into what a long-term feud could be made out of it, so why not have it at Summerslam? The two trailblazing wrestlers could put together a classic once again during this event, and the nostalgia of old-school Bullet Club fans would be tested at the same time. Are you #TeamBalor or #TeamAJ?

It will be interesting to see what unfolds leading into the August event, yet the possibilities are endless at this time. Summerslam will have a lot to produce in terms of moments and matches this year, and as a wrestling fan, I'm excited.