My Spotify playlists for this summer are a little different. 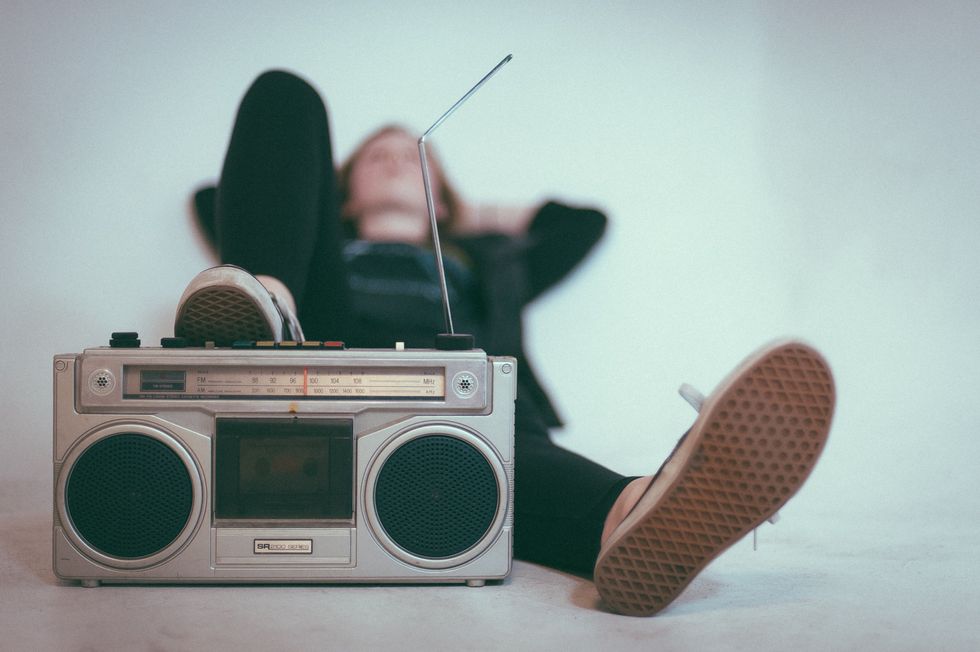 I don't know who needs to hear this, but it's the end of August. Crazy, isn't it? Where did the time go? Or maybe I should say "where did the time not go", because I for one did next to nothing this summer. No beach vacations here, folks. My summer was one long staycation, which I had no qualms about, but it did feel a bit odd.

The word "odd" just about covers the whole experience for me, which, on my personal level, is perfectly fine. There are many things worse than "odd", and I bear witness to a host of them on the nightly news every time I turn on the tv.

So, I continually remind myself, "odd" is really not so bad. Some of the things that bring me the most joy are strange anyways. Take, for example, my 10 year old beagle, whom I have loved since the day I first saw her at the animal shelter over nine years ago. She is very peculiar, but nonetheless holds a very special place in my heart. Then there's my favorite television series, "Twin Peaks", and I truly believe no stranger world exists than the one dreamed up by co-creators David Lynch and Mark Frost.

However, in the hierarchy of strangeness in my life, I have to say that my music taste remains at the top of the list. And while my preferences typically lie in the realm of rock n' roll, in browsing my "liked songs" list on Spotify, it's apparent I am gradually becoming somewhat less close-minded. Yet no matter the artist or genre, the songs in this eclectic melting pot all have one thing in common: together, they make up the soundtrack to my summer. From Screeching Weasel to Dusty Springfield, they were the songs that made up my Summer 2020 experience.

Music has always been relevant to me and my life. Memories and songs are usually interchangeable within my reflective mind; with the remembrance of one comes the other. Summers past, for example, of listening to John Mellencamp's "Jack and Diane" on the way home from nearby Kings Dominion amusement park, when Kings Dominion was in its normal state of operation, and not the forlorn and empty ghost town it is currently.

Recollections like that make me wonder what new memories I could be unconsciously making with the songs I am listening to now. Could it be that I'll hear "Cherry" by Lana Del Rey twenty years from now and think back to the summer of a pandemic? I suppose it's possible.

But if I was to choose a song to reflect this time, a song everyone could listen to and enjoy, I would choose not a recent release, but instead the 1968 song "Sittin' On the Dock of the Bay", by the late Otis Redding. Not only does it make for calm, easy listening, but it also supports a theme of wandering without a purpose, something many people can relate to right about now.

I did a lot of wandering around this summer, and usually ended up in the same places again and again. But it was okay. I'm thankful I have the freedom to wander, and to wander with a playlist of good songs, at that.

Although it's the end of August, there is still plenty of summer left here in Virginia. The "2020 Summer Playlist" is still in effect. Still, I can't help but wonder--what is the fall going to look like, soundtrack or otherwise? Only time will tell. Until then, I'll take my afternoon jog with the sounds of the Talking Heads and Red Hot Chili Peppers blasting from my headphones.