I'm a completely different person, and it's because of Nicaragua. 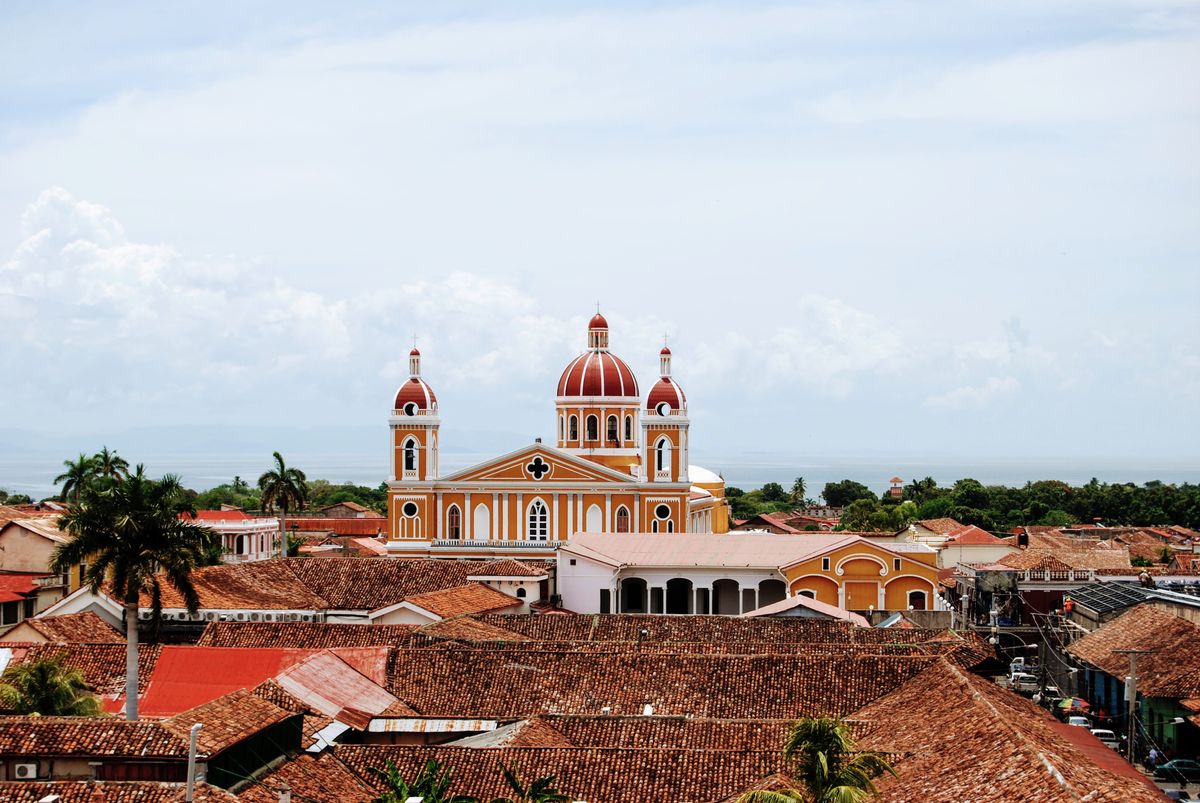 MGrowing up as both an avid bookworm and a young girl with an itch for adventure, the quote by Saint Augustine, “The world is a book and those who do not travel read only a page,” made me bubbly with excitement. I was always longing to go places far away—even the hour-long drive to the beach or to Disney brought me joy. Visiting family in Georgia or Colorado was like taking a drive to paradise. And going on a ten-day road trip to New York and staying on a farm with friends after graduating high school? Forget about it.

I had always wondered, why was I like this? Why did I feel this way? The itch for travel wasn’t even a want—it was a need. It wasn’t until after I decided to shoot my shot and get out of the country for almost a month that I figured it out.

In the spring of 2017, I signed up for a semester-long class preparing me for a three-week service abroad trip to Nicaragua. I had been deliberating it for months: I had conversations with my parents, my friends, my professors and anyone who would listen. I had never been out of the country, never been away from my family for that long and would be immersed in the second poorest country in Central America—not to mention that I would be speaking a language that I’m only about halfway fluent in.

I must have gotten the questions a million times: “Why would you want to go away? Why do you want to be gone for so long? Are you going to be okay?”

And the truth was, I was running away. I needed space. In fact, I needed a thousand miles of it. I had to get away from the pressure of being a student, of being a daughter, of being a pastor’s kid, of being in an abusive relationship, of being the picture-perfect version of me that everyone wanted to see.

I was running away from myself.

And to be perfectly honest, it makes sense. I wasn’t happy. I had no self-confidence. My anxiety was through the roof. I was constantly hurt or healing from the abusive relationship, and I didn’t have a lot of friends. I had nightmares every night. I didn’t like how I looked, the way my personality was, or the fact that I felt powerless against the giants of depression and overthinking.

I had hoped that my zeal for travel and excitement for adventure would change all of this. It was a shot in the dark, that something I had never done before would solve all of my problems, but I had nothing to lose at that point. I thought, “Might as well, right? What else could go wrong?”

It sure didn’t solve everything, but oh wow, did it work wonders.

First, I decided that during my study abroad, I would find myself. I decided that I would work hard, learn the language and start checking off bucket list items. I decided that I was going to take a long break from the picture-perfect version of me and that by the time I got back, hopefully, I would have changed enough to not need that version anymore, and not accept anyone who did.

Second, I worked my butt off during the semester. In the preparatory class during the spring, the ten of us that went on the trip worked together to create, develop, finance, and execute projects that would help benefit the small villages and towns that we worked in. A group of three built solar panels, another group worked on health screenings for adults, and my group worked with children; teaching them entry-level English and dental care.

Third, I started to take care of myself. The idea of travel got me excited, and I wanted to be in the best shape that I could for the trip. I started going to the gym, I bought new clothes, I put a stop to my most unhealthy habits, I washed my face twice a day. I was already starting to feel better and as the semester went on, I was growing in self-health. I was learning to love myself again.

By the time that the actual trip rolled around, I was ready, both mentally and physically. I was terrified out of my mind and excited beyond belief—and it didn’t stop! I felt the same way the entire time I was there, from riding in a sinking boat (there was a giant leak and everything), to meeting all of the incredible children, to climbing the second tallest volcano in Nicaragua.

During the few weeks that I was there, something changed. I don’t know what, how, why or when, but I know it did.

Things started making sense: I liked myself. Through the work that I was doing and the excursions I went on, I came to find out that I was actually a pretty cool person. I climbed volcanoes, I taught around 100 children, I built benches and I went surfing in the Pacific Ocean.

I learned that the way I looked didn’t matter. I was hot and sweaty constantly and could only take freezing showers, so why should I care if my eyebrows weren’t great, or if I had an annoying pimple on my forehead? I learned to dress comfortably for the heat, layered for the rain, and brought a jacket to dinner to ward off the bugs.

I learned that it was okay to find joy in the normal things in life. I kept myself on a personal routine so that I felt organized, and only deviated from it if I thought I would have more fun or enjoy something more by doing so. I worked during the day and hung out with my group in the evening. In my off time, I would check in with my parents and friends, play poker or mafia with my group, write in my journal or read "Into the Wild."

I learned that that being myself, not the picture-perfect version of me, made me happier. I felt I was breaking down the wall of falsities that had been building in my mind for over five years. I was less anxious and depressed, and more focused and determined. I spent time with my friends in the group I was with but made sure to spend some time by myself too. I reminded myself that the false version of me didn’t have to come with me to Nicaragua: It could stay home. I shouldn’t have to feel pressured to act optimistic or mature or be around people constantly. I didn’t need affirmation from anyone. I was me and I wasn’t going to apologize for it.

I don’t have to live by anyone else’s standards. I don’t have to be different for people. I am me—I’m intelligent. I’m beautiful. I’m hard-working. I’m me. And if people want me to be someone else, or act differently than what aligns with me, my morals and my attitudes? No way. They'll learn to love me, just like I did.