Walking in a Winter Wonderland! 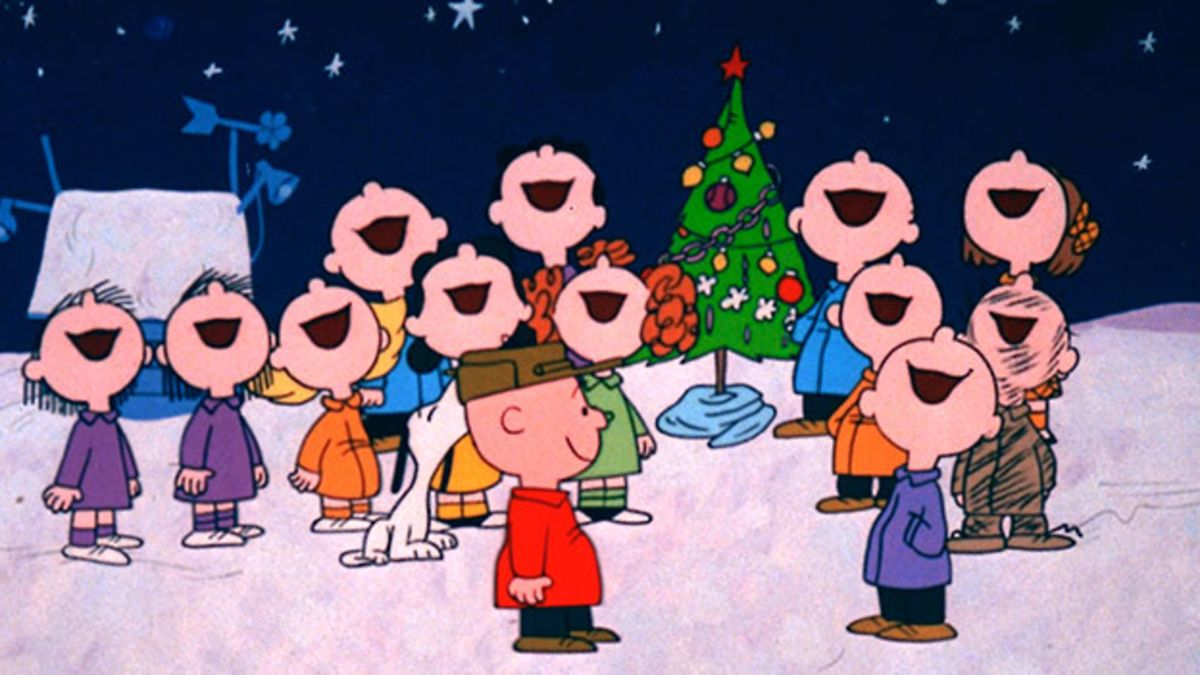 Have you ever thought about the stories behind some of our favorite Christmas songs? One of my professors told me recently that "White Christmas" was written during the summer, not during early December like we like to think (Is my professor right? Keep reading to find out!).

That new information piqued my interest. So I did some research on 10 different classic Christmas carols and how they originated. Hopefully, this will help you get into the Christmas spirit!

This story is somewhat of a tragic one, although you wouldn't think so by the cheerful tone and beat to this popular Christmas song. Little did you know, this words to this song were written by bedridden Richard Smith as he suffered from tuberculosis (a common disease during the 1930s).

In the form of a poem, Smith illustrated not just his physical suffering, but his emotional suffering as well, as he longed to be able to play in the snow like the children he saw outside his window. Smith shared this poem with his friend Felix Bernard, who loved the sentiment behind it and finished putting it to music in 1934. Smith died shortly after, so he had no idea how popular his words would become!

Shame on us for thinking all the classics were originally written in English! This particular carol was written in German, entitled "Stille Nacht! Heilige Nacht". It was first performed in the USA in 1839 by family singers, the Rainers, who sang it at the Alexander Hamilton Monument outside the Trinity Church in New York City. During this time, the tune change to what we know it as today. It was translated into English in 1863 by John Freeman Young.

In December of 1914, the carol was sung during the Christmas Truce of World War I, because soldiers in both camps knew it! The song has been translated into 142 languages to date!

3. Santa Claus is Coming to Town

Ace Collins's book Stories Behind the Greatest Hits of Christmas describes how the writer of this popular Christmas song, James "Haven" Gillespie, had been asked to write a Christmas song right after his brother died.

At first, he refused, but on a subway, Gillespie was reminiscing about his childhood with his brother and how their mother warned that Santa was always watching. He had the lyrics written in 15 minutes. Composer John Coots then made the musical magic happen. Twenty-four hours after its debut, "Santa Claus is Coming to Town" became a huge hit.

Here's a twist: Jingle Bells was originally meant to be a Thanksgiving song.

5. Have Yourself a Merry Little Christmas

This song was written for Meet Me In St. Louis and was sung by Judy Garland to her little sister in the movie. It has a sad tone as the characters had just moved from their hometown. The original lyrics read, "Have yourself a merry little Christmas/It may be your last...Faithful friends who were dear to us/Will be near to us no more."

For Frank Sinatra in 1957, writer Hugh Martin changed the lyrics again, from "we'll have to muddle through somehow" to "Hanging a shining star upon the highest bough."

Thank goodness for those changes!

6. Rockin' Around the Christmas Tree

What Time Magazine dubs as the most "definitive version", the one recorded by Brenda Lee, was performed and recorded when she was just 13 years old. No other version has close to the success of the original by Brenda Lee.

What? An Anti-War song? This song was written during the Cuban Missile Crisis, with a plea for "goodness and light."

8. I'll Be Home for Christmas

This is another Bing Crosby classic (from 1943)! It is written from the perspective of a soldier serving in World War 2. The GI magazine said Crosby boosted military morale more than anyone else could during that era.

The song was written by Walter Kent and James Kimball "Kim" Gannon. It earned Crosby his fifth gold record.

I couldn't find verification that the song was written during the summer, but what is true is that Bing Crosby's White Christmas is the top-selling single...EVER! Second is Elton John's "Candle in the Wind 1997", and third is "Silent Night", also sung by Bing Crosby!

Maybe my professor just mixed up songs, because Time Magazine confirms that "The Christmas Song" was written during the summer of 1944! Mel Tormé and Bob Wells wrote this song as a way to distract themselves from the heat. And they finished the song in 45 minutes.