The only thing we all are is human. 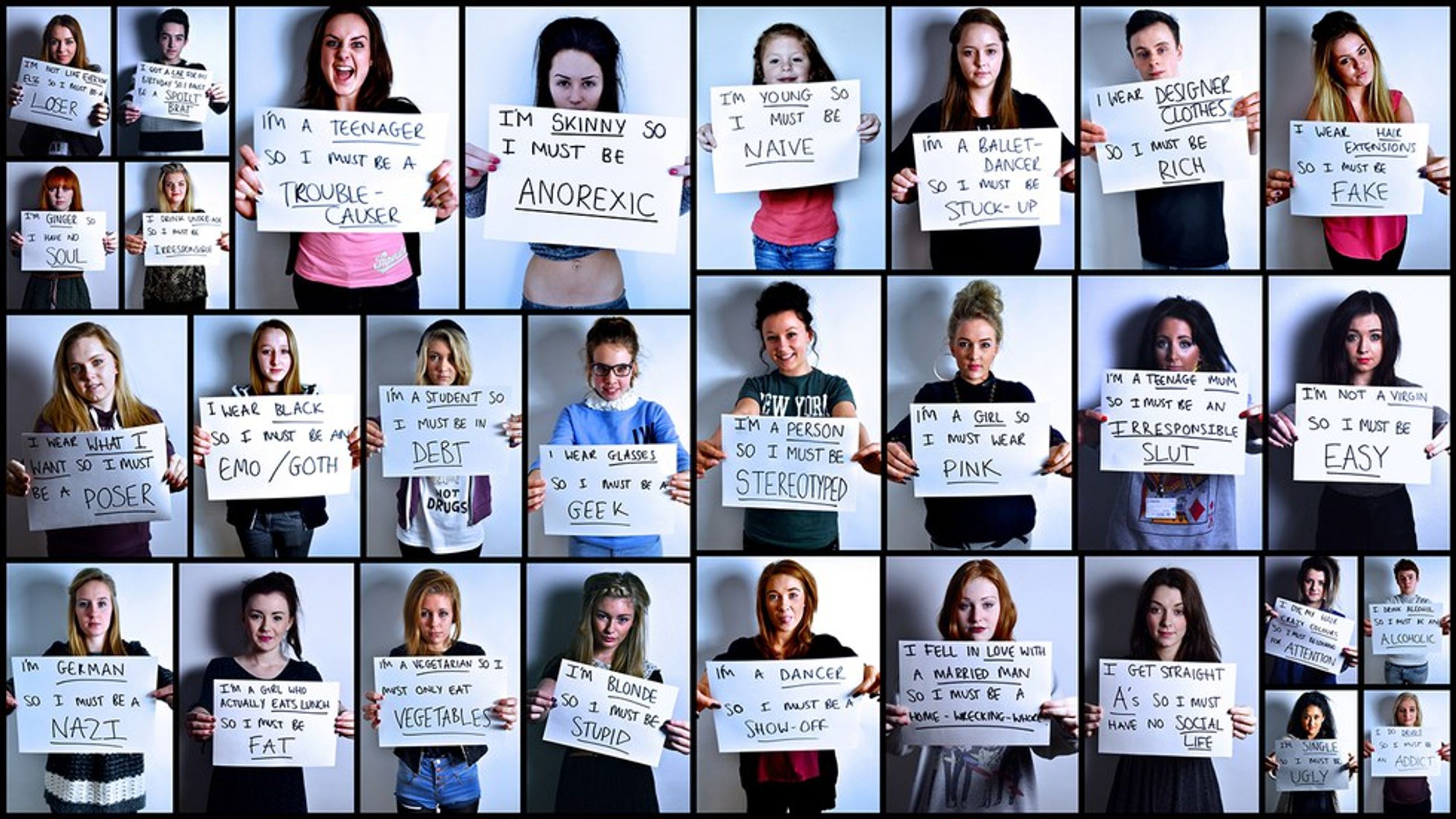 One person’s beliefs or values does not reflect every person of that race, culture, sexual orientation, job, physical or mental state. Who are we to take people who are not the same as us and judge them for who they are?

All cops hate people of race.

All Muslims are terrorists.

All gay people are happy.

All Americans are fat or rude.

All Jews are greedy.

All rich people are stuck up.

All skinny people have eating disorders.

All obese people don't care about their health.

All immigrants are illegal.

All people with sexually transmitted diseases are sluts or whores.

All people with disabilities are slow or stupid.

We take any opportunity we can to group people, stereotype them and judge them. Every single person holds his or her own opinion and values. There are no rules that state 'you are this color, sexual orientation, etc. so you believe this.'

ISIS shows pure hatred for the US because, among other reasons, we do not have the same beliefs and values that they do.

We wonder why these terrorist acts of pure hatred occur. We may not be holding a gun and killing people, but we are fueling the fire. We are encouraging hatred. If someone does not have the same beliefs and values that we do, we ridicule or torture him or her until they change their beliefs or leave our vicinity.

Why have we created a world where people are afraid to be who they really are? Gays and lesbians won't admit their sexuality in fear of being judged. People with STDs won't get help because they are afraid of being slut-shamed.

Stop stereotyping people and associating them with beliefs and values based on one person who looks or acts like them. Physical, religious or sexual orientation is not a recollection of a person's beliefs and it is certainly not an invitation to judge.

The only thing we all are is human.

Caitlyn Morral
St Bonaventure University
4249
Wordpress
Odyssey recognizes that mental well-being is a huge component of physical wellness. Our mission this month is to bring about awareness & normality to conversations around mental health from our community. Let's recognize the common symptoms and encourage the help needed without judgement or prejudice. Life's a tough journey, we are here for you and want to hear from you.