Tears are not a gender-based luxury. 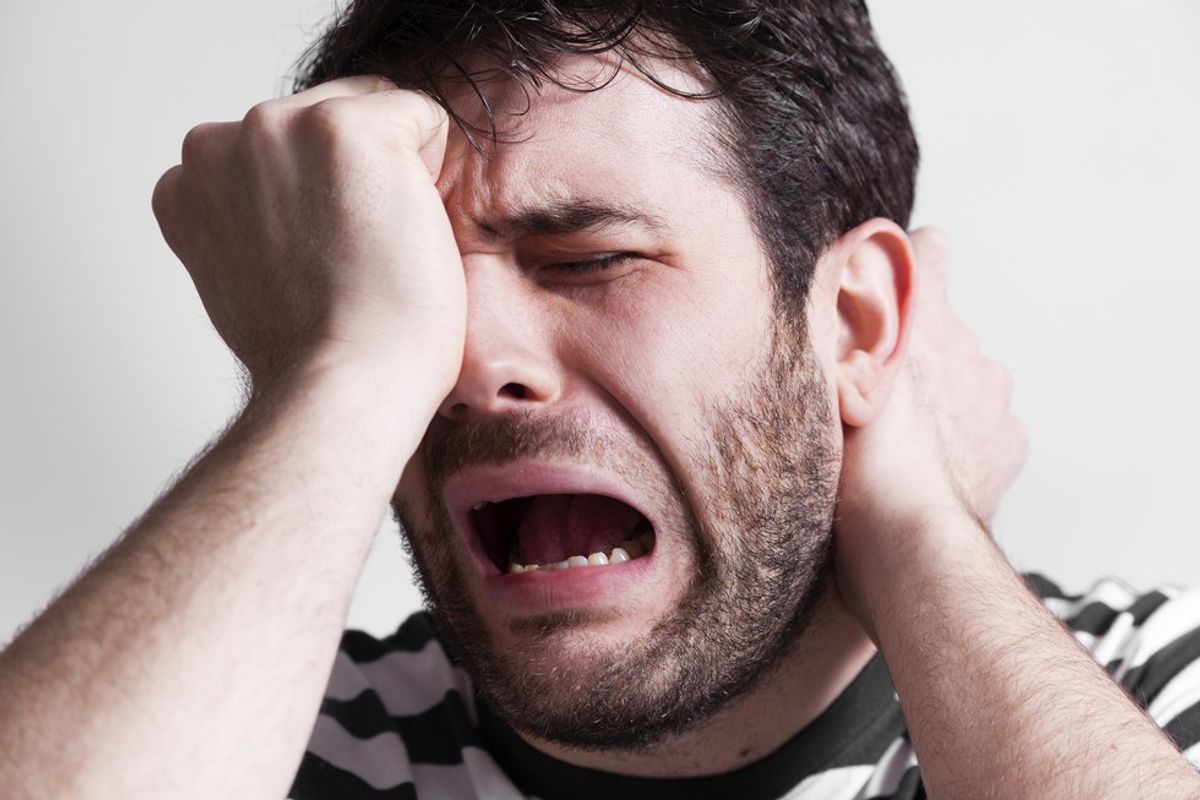 In a particularly embarrassing chapter of my life dating nearly five years back to my freshman year of college, I was actively infatuated with a young man who didn’t exactly return my feelings or fervor. In conversation, he often made sure to divulge the most detestable characteristics and features he felt a woman could have.

In one very lame exchange he mentioned that women were too whiny, “they’ll cry because they failed a test” or because “they broke up with their boyfriend of three weeks.” He also mentioned that he, at that time, hadn’t cried in six years.

This coming from an emotionally frigid man who isolated himself from others, and whose idea of a good time was drinking and “doing the occasional line of coke” should have stopped me from applying his logic to my everyday life. And yet still, I internalized his comments, emotionally shut down and refused to cry for six months.

Merely half a year suppressing tears left me emotionally drained and stressed. I was cold, hostile and numb. I ate less, slept less and lost 16 pounds without trying. The very moment I allowed myself to cry again, I felt instant relief. But after that initial calm, I also felt shame and guilt. I felt weak.

Years later, I am still undoing the internalized shame that I associated with crying for just that brief period of time. And that made me wonder, is this how men who are cry-shamed feel?

Well, most likely no, because six months is incomparable to a lifetime of being told that weeping voids a man of his masculinity. I can’t help but to believe that many men are faring much worse.

Instead of cry-shaming boys and robbing them of their right to process grief, stress and sadness, we should be encouraging this very natural and healthy outlet.

In the 2010 Psychology Today article, “The Health Benefit of Tears,” Dr. Judith Orloff writes, “ It feels cleansing, a way to purge pent up emotions so they don’t lodge in my body as stress symptoms such as fatigue or pain. To stay healthy and release stress, I encourage my patients to cry. For both men and women, tears are a sign of courage, strength, and authenticity.”

Men are often critiqued for their wild tempers, rage and general outbursts of aggression and anger. Perhaps it’s because they are not allowed to explore crying as a healthy alternative to decompress, and instead allow themselves to store store stress until they reach a breaking point. Again and again and again.

Crying is a form of self respect -- it is a essentially saying “I care(d) about ___ and I deserve to mourn its loss.”Whether that be a failed test, a three weak relationship, getting into an accident, losing a scholarship, or grieving a death. If you feel the urge to cry, you deserve to cry. You’re admitting that something is wrong and that allows an avenue for self care. Everyone should be allowed to care for themselves.

Not only does crying allow emotional honesty internally but it also allows for empathy and sympathy so that you may also be able to help and and connect with others. It can serve as a distress signal to alert people to your needs whether that might be comfort and counsel or time and space. It is emotion and this ability to empathize (amongst other characteristics) that sets humans aside from the other creatures of the earth.

No person should have to bear the weight of shame, much less a shame that comes from being a functioning human being. Men deserve to have their humanity honored and respected. Their self-care should be encouraged.

Men have the right to cry.