The Stigma Against Liberal Arts Majors

Everybody, regardless of their aspirations, should be able to pursue what they truly love. 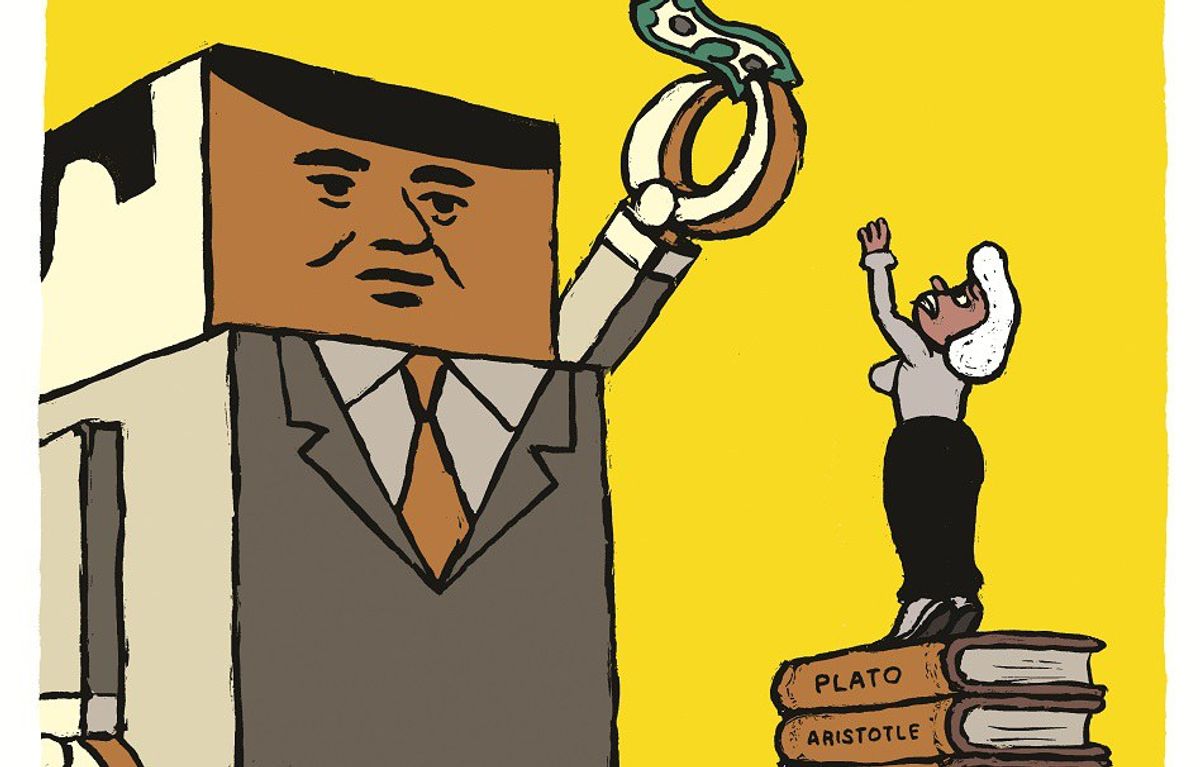 In college, meeting people is very systematic. The same three questions asked at the beginning of every new conversation are: “What’s your name?” “Where are you from?” and the most anxiety ridden one, “What’s your major?” Whenever I’d hear that question, I’d be overcome with instant nausea and break out in mild sweat. “What is my major?” I’d ask myself. And after a good three to five seconds of awkward silence and a blank stare, I’d simply reply, with my voice trembling, "I’m not sure." Of course, this isn’t the best answer to give to someone who’s been anticipating a response for longer than they’ve should’ve, but I just don’t know how to answer them. And it’s not the uncertainty of what I want to do with my life, but the judgment I’m afraid to receive when I tell them the truth. Because the fact of the matter is telling people that I want to pursue a degree in environmental studies always makes people turn their heads in confusion.

Part of the reason why I often feel uncomfortable telling people my major is because it’s not the conventional degree that makes lucrative salaries and a bourgeois reputation. By that, I’m referring to the future doctors, engineers, lawyers, accountants, businessmen, the list goes on. Majors in these fields are often pursued because of their financial security and practicality, and people don’t think twice when they are told that it’s what someone is pursuing.

But those out there who are pursuing degrees in “less practical” fields such as the humanities and social sciences are often questioned more heavily with skepticism. It might be because they are genuinely interested in one’s aspirations. But through my perspective, it’s usually because they don’t believe you can do anything with that degree, so they need some sort of justification that what you’re pursuing is somehow important. This isn’t to say that those who want to be a doctor or lawyer are lesser people than those who don’t, but it must be brought to our attention how stigmatized liberal art majors are in college as well as the workforce.

Although the stigma toward liberal art majors is seemingly minuscule, it can potentially be a limiting factor in true passion. Many students, including me, have interests that lie within subjects that are less computational and more creative than others. Whether it’s a passion for cinema, dance, literature or politics, the opportunities for embracing creativity are endless. However, they are often criticized for being too idealistic in their aspirations, and are forced to drop their dreams in pursuit of fulfilling society’s expectations.

Parents, students and the media, especially, often perpetuate negative stereotypes that portray those who dream to become artists, dancers, authors and so on. The starving musician, the intellectual English major whose only choice is to become a teacher and the poor artist who lives on the streets of NYC selling caricatures are a few of these portrayals that are often seen.

And, although, these experiences have some truth value to them, it is unfair to claim someone's dream as unattainable just because it’s not the most marketable skill set to have in this fast-paced, highly industrialized, globalized era. So my concern is if there can be surgeons, programmers or finance analysts, then why can’t there be philosophers, historians or actors? This isn’t to say that those who want to become doctors or lawyers are all greedy moneymakers or aren’t passionate about what they want to pursue, but regardless of the incentive, everybody deserves respect over their aspirations. Even though the reality is that these days it’s a lot more difficult to find a job in fields that are less technically inclined, it isn’t impossible. Think about the plethora of well known influential artists out there! We must encourage this generation to embrace their passions regardless of where they lie.

Everybody, regardless of their aspirations, should be able to pursue what they truly love without blatant criticism and false assumptions. And regardless of the incentive, whether it's financial security or passion, no judgment should be passed. So next time you meet someone who tells you that they’re a philosophy major or an art major or any major within fields that are often seen as less pragmatic, be cordial to their decision and move on. \