"It's like I'm digging up a picket fence. There's nothing worse than losing confidence"

-"Crying Out Loud" by State Champs 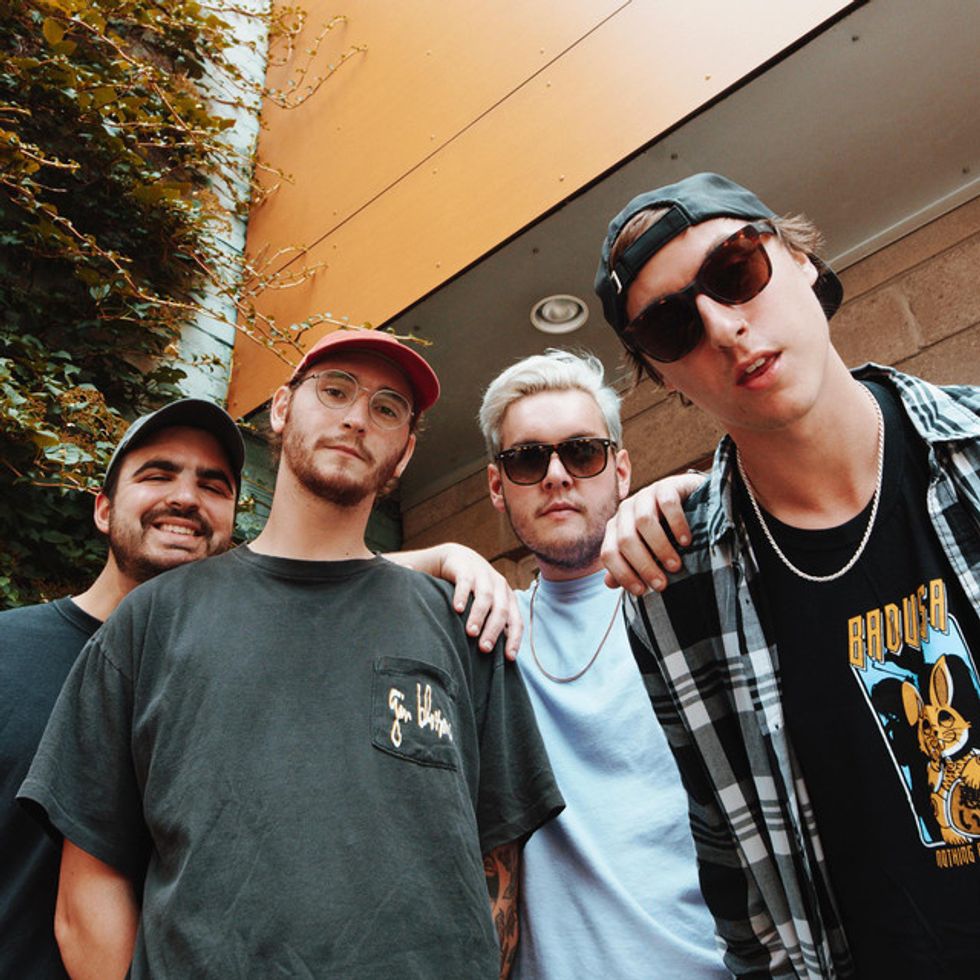 State Champs is a pop-punk/punk rock band from Albany New York. The four-piece is made up of singer Derek "Steez" DiScanio, bassist Ryan Scott Graham, drummer Evan Ambrosio, and guitarist Tyler Szalkowski. The band was formed in 2010. Currently, the band has released three full-length albums (The Finer Things, Around The World And Back, and Living Proof), as well as an EP entitled The Acoustic Things.

On June 16th, The band announced via social media that they will be releasing a new EP entitled Unplugged. The album will be six tracks, four of which are brand new songs and two being reimaged from Living Proof. The EP release date is set for August 14, 2020.

"Crying Out Loud" is the first of four new tracks to be released and is about the aftermath of being in a toxic relationship and having old wounds ripped open once again. The feelings of a broken-heart and confidence lost radiate through the lyrics as rocker Derek DiScanio activates the tear ducts of millions of listeners. I can't put into words how raw, deep, and emotional the feelings in this song run.

What I really like is how different the concept of the music video is. Often times music videos depict a story through actors and the band members acting through a storyline or are a compilation of behind the scene videos, filmed tour sets, etc. making it a video diary/montage. However, this isn't either of those. It's abstract. It tells the story through various shapes, colors, and is an exemplary example of animated art. It's as if claymation and animation were merged into one. It's a beautiful piece of art. What I really like is that the story being told in the video perfectly matches up with the story of the song. The band knocked it out of the park with artistry and creativity.

Everyone interprets songs and their meanings differently and I have done the same for the music video of "Crying Out Loud".

The video follows the story of two figures walking down the street until all of a sudden one disappears, leaving the other to be swallowed whole and bounced around in an abyss of pain, damage, and destruction. Eventually, that figure learns how to cope and move on until one day it crosses paths with that who crushed it. The figure then gets swallowed up once again the reunion launches it into space and a downward spiral coming out once again defeated. The figure eventually traps the demon of it's past and while it's still broken up and in pain, it's heart is saved by a bird. The bird symbolizes that while the figure's heart has gone through the wringer its once again ready to move on and enter the world renewed and stronger than ever.

The second release is a reimaged and acoustic version of the Living Proof track "Criminal". My interpretation of the LP openers is that it's about having feelings so strong for someone that you can feel the walls you've built around your heart slowly crumble down. While it scares the living shit out of you, it also feels like a crime how much it hurts to be away from this person whether it be on tour, away on business, or just across town. You've let this person into your life against all odds and without even realizing it. Maybe this is someone you could potentially see a future with. You wonder what kind of power they have that made you break down the castle walls around your heart and what made you start thinking/dreaming about them even when you're apart.

State Champs likes to keep the crowd jumping and pumped both on stage and with their music, however in this video things are dialed back. They're showing you the behind the scenes process of creating their upcoming album 'Unplugged'. Whether the song they're recording/producing/writing in the video is the reimaging of "Criminal", creation of "Crying Out Loud", or from another upcoming track, its interesting to see all the hard work, dedication, and fun the boys put into creating their music.

Overall I loved both of these songs and think if these songs already make me shed tears, the rest of the album is going to make me cry a river.