Who doesn’t appreciate a dramatic reading of a Starbucks addiction from the perspective of a bank account? 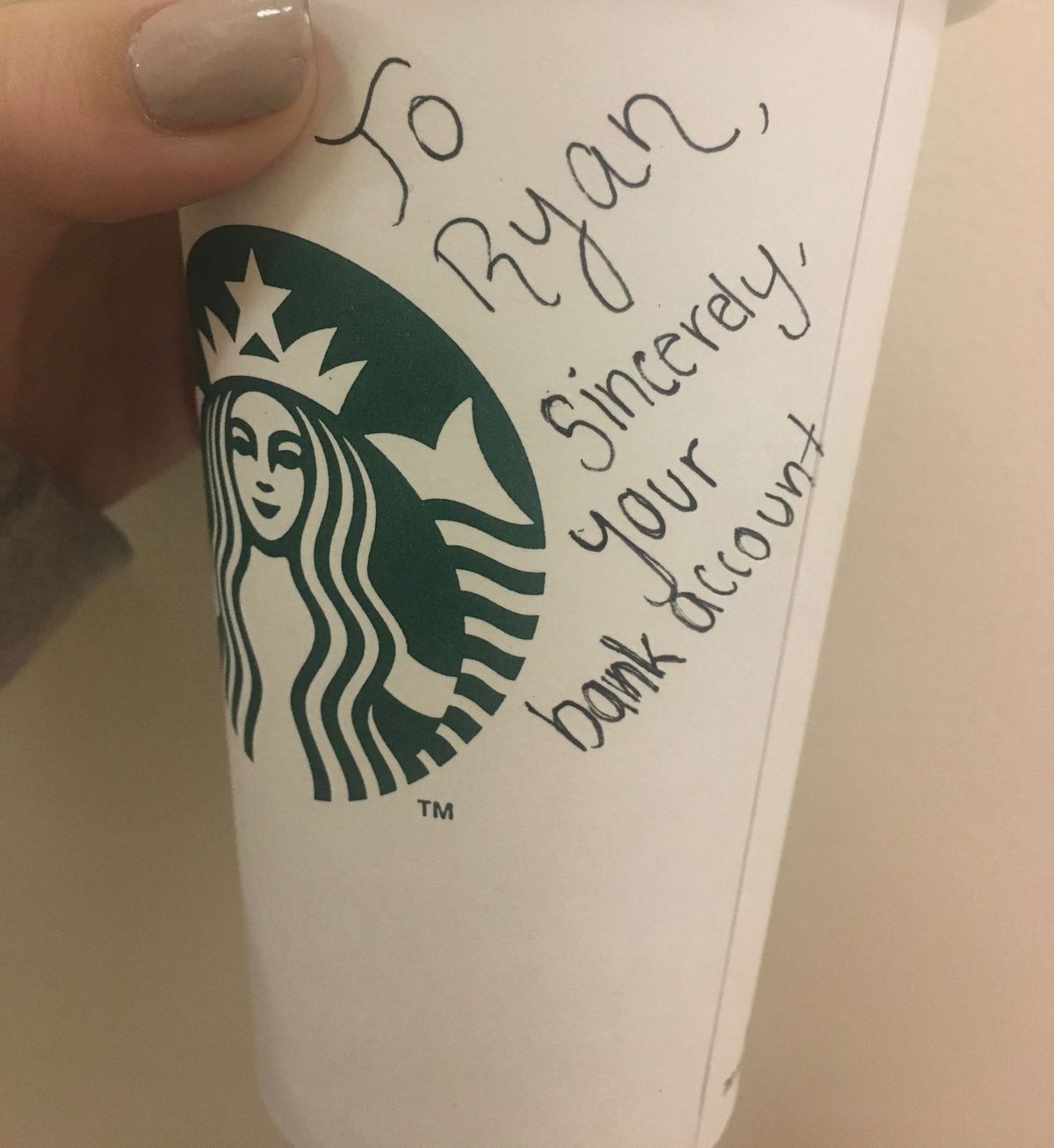 I used to be full of life, of love, of dollars and dollars. But then you got greedy and you got shallow. You fell into the trap and you fell in love with some new fad. It’s nothing unheard of, but since you came to college, it’s risen to an entirely new level.

You and your chai tea lattes.

Your renewed Starbucks addiction has overwhelmed our relationship and hollowed it out completely.You’ve never been overly concerned with spending money and you don’t dish out money on random things, aside from the occasional sketchy online shopping website based out of China.

So why now? And especially, why this? If you could lower your standards to anything triter, you would be surrounded by heaps of black leggings, Uggs and Jack Rogers.

Your relationship with the barista, Meek, who works in the Starbucks below the library that knows your order and name before you even speak has taken precedence over ours.

Well, I hope the three of you are very happy together.

Until you come into some money,

This may or may not be a cry for help because until Christmas or until I get a steady job, my bank account is officially out of commission. I have a bit of guilt over spending five dollars a day on such a lame commodity but honestly, it’s an inherited trait.

A few years ago, my mom won Starbucks customer of the week and got free drinks for that week. I’ve never heard of them doing this again for anyone else and it’s probably nothing I would brag about or put on a resume, but that doesn’t mean if it happens to me that I won’t act as if I just won the lottery.

Because that sounds lit as h***.

Oh well, there are worse habits to have.