Stan Lee Taught Us That We All Need Heroes

Stan Lee Taught Us That We All Need Heroes

Real or fiction, they're important to us all. 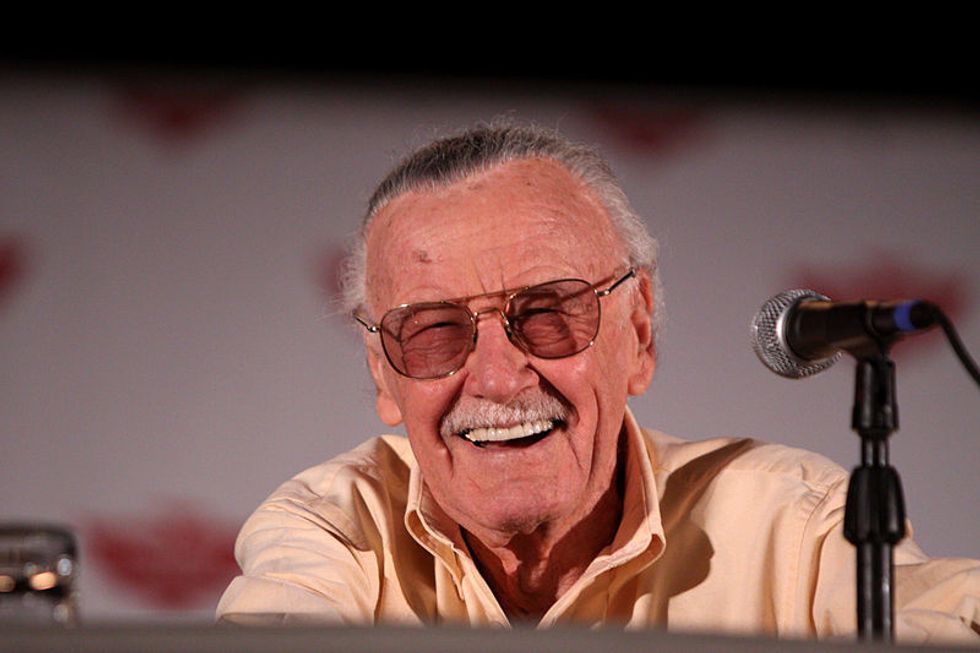 The recent death of Marvel Comics legend Stan Lee has inspired a wave of support and thoughtful posts in honor of the legend and the heroes he leaves behind. Everyone from the actors who brought those heroes (and villains) to life on screen to the average comic fan who just appreciated the craft has taken to the Internet to share what Lee and his world meant to them.

Superhero movies, like the Marvel and DC blockbusters we've all gotten used to seeing every season, often are looked down upon by industry critics and moviegoers. The movies are all the same plot; the comedy is off; the movies don't fit the standards of excellence other pieces live up to.

I understand the sentiment, but I also hate it. Why do we all constantly have to look down on entertainment that exists for the sake of entertainment? No, the Avengers might not be making a revolutionary cultural statement, but that doesn't mean it isn't important to people.

That's the real point of this article. Heroes are important to people. We all need to see heroes, whether it's in real life or in a movie for a couple of hours. It's refreshing to see a group of people stand up for what's right, and do what's right, and work with other people to do all of those things.

It's something we don't always see a lot of today. Any reminder that there is still good in the world is a reminder that we all too often find ourselves needing on days where all we see is pain. Heroes are an escape, in some sense, from what we think of as reality.

This is why comic movies like the ones Stan Lee made memorable cameos in are so good; they allow us to see the good in humanity. We all get to think, even if just for three hours, that a group of people is out there with magical powers ready to save the world. In the craziness of news cycles and social media chambers, this becomes even more powerful.

If there is one thing Stan Lee and what he created taught us, it is that everyone needs a hero in their lives. His characters bring to life and embody some of the best traits in us all. They also provide something to look towards, something to aspire to; who doesn't want to do good in the world?

But Stan Lee's heroes aren't the only ones that exist. All around the world, every day, any person can be a hero for someone. Small or large acts of kindness can impact someone's entire lives.

We all want to see heroes, whether it be in movies and books or in our daily realities. That means we should all want to be heroes, as well. Be what you want to see in the world. Be a hero for someone, the same way you appreciate when someone is a hero for you.