Sprint Center Needs To Be Better To Guests
Odyssey

Treat your customers like you give a damn about their patronage. 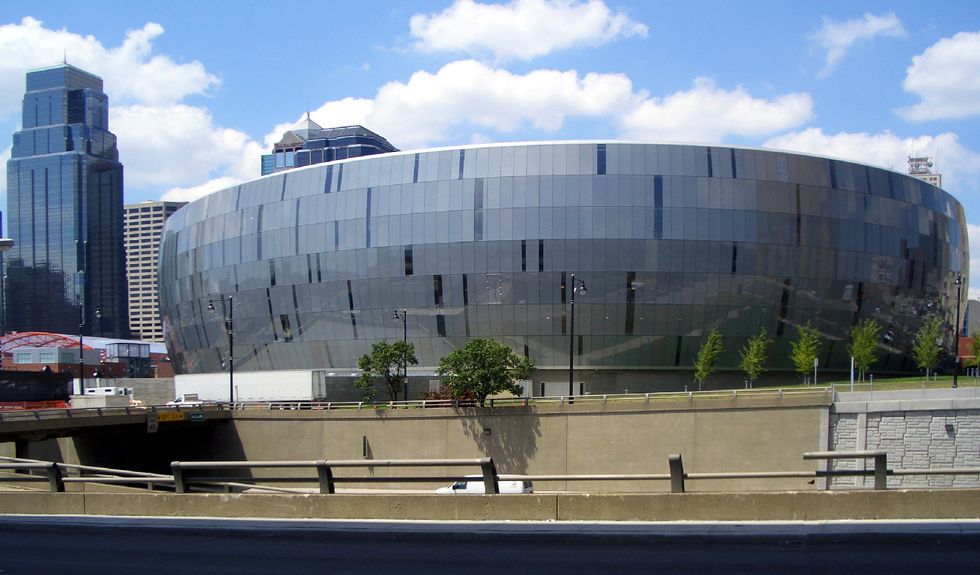 Between the host of great concerts and events that take place inside to the gorgeous exterior architectural design, Sprint Center, you have always been one of my favorite arenas in the nation.

A lot about the location, convenience, and usefulness of your undoubtedly-expensive zoning and building has drawn me in throughout the years. Above all of that, one of the concerts that quite literally saved my life occurred inside your walls.

And yet, I have grown to become quite disappointed in you as a venue and in your staff and your ticketing systems. You still book great events and greater concerts, but your logistics and your friendliness and your willingness to work with your patrons have all taken a major turn for the worse.

From prices for tickets skyrocketing online through absurd fees that put even the Ticketmaster memes to shame, to the stories I'm about to tell about what has happened to those I know because of your staff, Sprint Center no longer holds the same magic and high praise in my heart that it did when I first walked inside.

This first incident took place summer of 2018 when you last hosted Twenty One Pilots as a headlining artist.

Tickets sold out within minutes online, which admittedly wasn't your fault as such was the case nationwide for every tour date, between bots and scalpers and an insane amount of traffic all at once from their highly-dedicated fanbase, but what was in part your fault is that the tickets to the Sprint Center show were significantly more expensive than many other dates.

While general admission tickets nationwide were already set at a steep $85, after fees on your website they ended up being closer to $120/ticket. An almost 50% hike on the price as compared to the already-steep 20-25% extra at other venues.

But on top of those initial tickets, and the subsequent release of extra nosebleeds day-of-show, selling out super fast and for super pricy, the day of the show your logistics went haywire as well.

Anyone who knows anything about Twenty One Pilots at all knows that their fans are not only prone to camping out before the show but will even go to great lengths to do so even when prohibited by the venues/cities.

Being aware of this. you worked with the fans to change your policies up a bit and while they weren't technically allowed to camp the night before, they were at least allowed to line up earlier than you usually allowed.

On top of this, many of your staff reportedly told the fans that the self-organized line-up they had crafted during their off-venue camping would be honored by that staff when the formal line was created the morning of the gig.

Then, all hell broke loose as you, according to my friends who were at the show, allowed many people to line up before the time you had told the campers was the earliest they could start a queue, and allowed for many people who hadn't camped to jump ahead in lines in front of the lines of campers you had sworn to honor.

Along with this, many of my friends reported that after the line fiasco and dishonesty therein, many of your security people were quite rude and irresponsible to and around young fans and people trying to ask for help or water or other necessities.

So, to recap, not only was the staff outside the venue dishonest but the staff inside the venue was downright negligent at times during the concert. This is unacceptable.

The second story comes during a recent New Kids On The Block concert that my godfather attended. A concert he was violently kicked out of by your security twice. Yeah, that's right.

In his own words, what happened is your staff had a set aisle area that no one in the seats was supposed to spend time blocking. Him, being a quite tall and large man, did his best to respect this rule, but being tall and large and having a seat in the aisle, this left him with minimal room to move around in.

So, in his casual and enthusiastic dancing, he ended up stepping into the area multiple times. At one point, a member of your security gave him a warning, and so he and a friend in a seat further from the aisle traded places. He actively took steps to avoid breaking your guidelines again.

And what did you do in response to his courtesy and hyperawareness? Had multiple security members escort him AND his friend out of the venue. And for what? Dancing too hard? Since when is dancing a crime? Since when is Sprint Center inside that town from Footloose?

So, being dejected and hurt, he took a breather and then walked back in the venue with the intent of just asking a supervisor why he had been kicked out and if there were any way he could return to the concert he had waited thirty years of his life to see.

He didn't make it that far, though, because just about as soon as he made it back inside the lobby of the Center, security guards detained him and this time they fought with him and kicked him and dragged him out of the building.

He was beaten by your security for trying to enjoy a boyband concert and was never even communicated with. You should all be deeply ashamed of how you treated him in this.

These are only two stories of wrongs I've heard at the hands of your staff. I'm sure there are many many more I have yet to be made aware of at all because it's only safe to assume that if this is how you treat people at pop concerts, the way you treat them at big events and rock or metal concerts is infinitely worse.

While I personally have not been to a major event in the Center for years, from the stories I've heard from those I love, I don't plan to return for several either if I can help it unless you change things and start respecting your patrons again.