The Speedster You Need To Be Watching
Odyssey
CurrentlySwoonLifestyleHealth & WellnessStudent LifeContent InspirationEntertainmentPolitics and ActivismSportsAdulting
About usAdvertiseTermsPrivacyDMCAContact us
® 2023 ODYSSEY
Welcome back
Sign in to comment to your favorite stories, participate in your community and interact with your friends
or
LOG IN WITH FACEBOOK
No account? Create one
Start writing a post
Entertainment

The Speedster You Need To Be Watching

The only show you should slow down for. 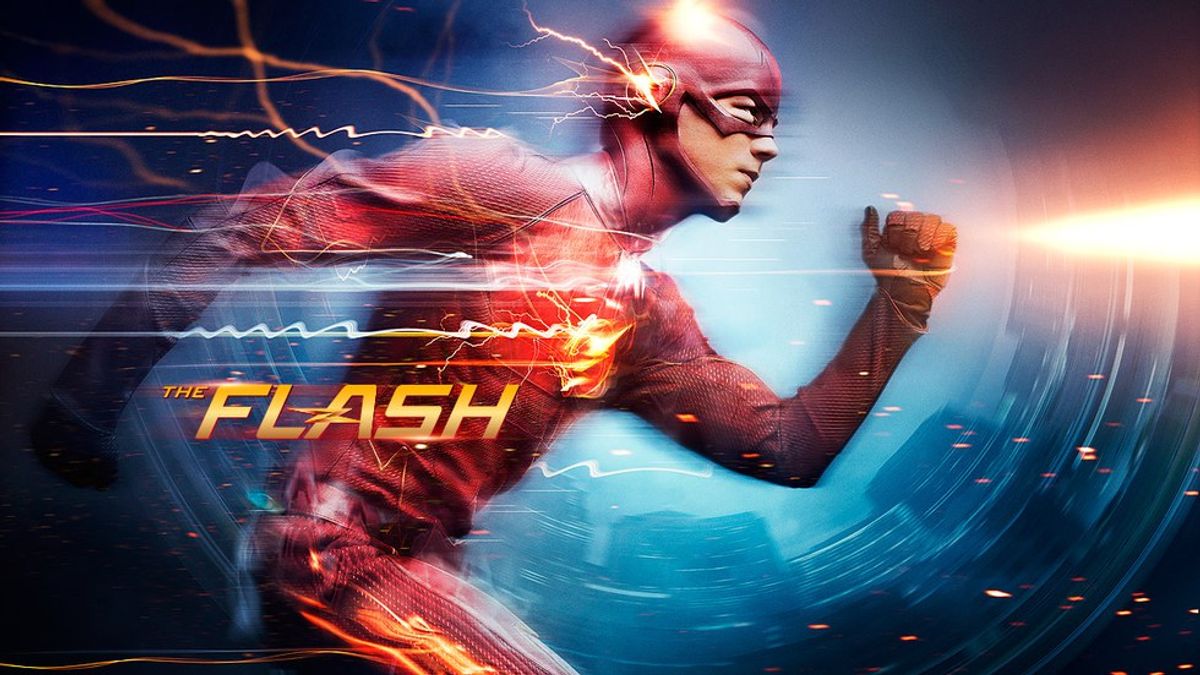 As a realist who spends her time watching the news, writing nonfiction, and binge-watching "Bones" on Netflix, I was surprised to be excited about a superhero’s action-packed midseason premiere.

"The Flash" is currently on its second season, and will be returning to our screens on Tuesday, Jan. 19 for its midseason premiere. The speedster established himself on the CW in October 2014 as an "Arrow" spinoff. The pilot became the second most-watched premiere in the CW’s history with 3.84 million viewers.

The Flash runs throughout Central City in a scarlet red costume with his signature yellow lightning bolt with white background, equipped by his friends/colleagues at S.T.A.R. Labs. The crime-fighting superhero is constantly occupied saving lives, solving mysteries, and doing what a hero knows best – beating the bad guys.

I didn’t grow up reading DC comics, watching "Star Wars: or even owning a Tamagotchi, but Barry Allen/The Flash caught my attention from the start. In case you haven’t watched the show, here are five reasons to binge-watch it before school resumes.

1. Have I mentioned its action packed?


There’s hardly a dull moment in this superhuman universe. Barry Allen lives a life that is anything but ordinary, working with the Central City Police as a forensic investigator who's witnessed gruesome crimes. After being struck by a fateful bolt of lightning, Barry’s life becomes complicated with villains, while forming a crime-fighting team at S.T.A.R. Labs. But more importantly, Barry learns how to use and improve his speed.

2. The romance makes you giddy.


From the start there are heartstrings pulled. Barry Allen has had his eyes set on his adoptive sister and friend, Iris West, since childhood. Although Iris doesn’t know it initially, things become complicated at home when Barry’s feelings come to light. With his sweet smile, Barry becomes involved with other women – villains, colleagues, and friends. The beautiful Felicity Smoak from "Arrow" manages to get a kiss, herself. The rest of the team in S.T.A.R. Labs find themselves in love too, making the show even better.

3. The twists make you gasp.


Surprises aren’t always welcome or good, but it does keep things interesting. The well-developed characters are in their mid-20s/early 30s, which means each one has their own history and story, which viewers get to uncover as the episodes unfold. Secrets from the past come back to haunt characters, helping them get closure or making their families whole again. The DC universe also has its own surprises in playing with physics. The concepts are understandable and mind-blowing, this coming from a young woman who fell asleep in physics class.

4. The crossovers are epic.


The CW has kept the DC universe alive by intertwining The Flash with Arrow. Arrow is another hero from the DC Comics with its own show on the CW. Barry Allen and Oliver Queen, Arrow's true identity, are close friends who help each other solve murders and fight bad guys. The joining of the squads in "The Flash" and "Arrow" makes for one large, strong force against evil. Look out for the recent crossover, two-part episode, "The Flash" Season 2, Episode 8: “Legends of Today,” and "Arrow" Season 4, Episode 8: “Legends of Yesterday.” (Bonus: "DC's Legends of Tomorrow" will premiere on Thursday on the CW.)

5. The characters are captivating.


The Flash wouldn’t be whole without his S.T.A.R. Labs colleagues/friends, and his family. Iris West, played by Candice Patton, can be a quiet but powerful voice in Barry’s life. She has the curiosity of a journalist who wants to know the truth, and her police father, Joe West's bravery in
finding out the truth. Joe West, played by Jesse L. Martin, is a Central City police officer who has a steady, reasonable head, but his father-figure relationship with Barry and Iris will make you shed a few tears. Dr. Caitlin Snow, played by Danielle Panabaker, is a sweet, intelligent bio-engineer who suffers heartbreak from the start, but perseveres. Cisco Ramon, played by Carlos Valdes, is a mechanical engineer who keeps the mood light with his jokes and great talent of naming villains. Lastly, Dr. Harrison Wells, played by Tom Cavanagh, provides the twists, turns, and gasps throughout the show with his complicated method of mentoring Barry and ultimately leaving the superhero an emotional mess.