There's Still A Home For Lovers Of Non-Mainstream Music
Odyssey

There's Still A Home For Lovers Of Non-Mainstream Music

In a world dominated by pop and rap, other genres still prevail. 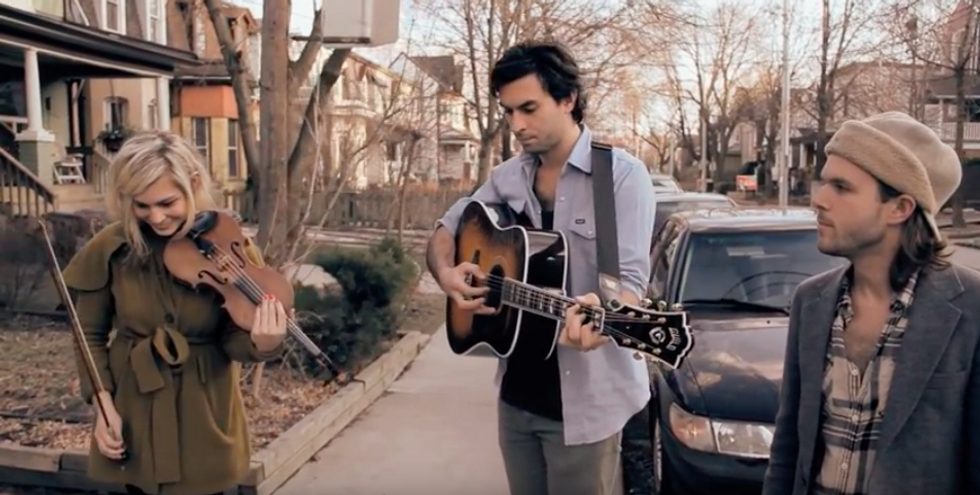 The Head And The Heart--Down In The Valley (Acoustic)

Most music has lost its magic. What melodies are we going to look back on in 20 years? I certainly won't be playing the music I dance to at parties for my kids, nor will those songs act as a window into my past, taking me to a time filled with love and enchantment. The songs currently on the Hot 100 mean nothing to me.

Sure, some of them are fun to sing, but most of them are missing passion, and I'm sorry, but real talent too. Musicians don't even have to be musicians anymore; there's no need to play an instrument or even know how to sing to get popular.

Most people—even most of my closest friends—will completely disagree with me, but when I turn on the radio I hear synthetic, lackluster tunes that are missing spirit and depth. Real music touches your soul, and music like that becomes increasingly hard to find with every passing year. For some reason, our generation insists on pushing away soulful and inspiring music. I mean, we've basically killed rock 'n' roll and replaced it with rap and EDM. What happened to blues, jazz, even 80's music? Those styles are still out there, but they're not prevalent and are incredibly under appreciated. Even modern alternative and indie are only liked by specific groups of people.

You've seen the classic story. The beautiful singer is forced to sellout, stuck churning out poppy beats and shallow lyrics when she really longs to be singing her heart out on the piano. And why? Because that's what sells.

But bands like The Head and The Heart remind me that soulful music can still thrive today. This indie band is much bigger than a lot of other groups I listen to, and I'm so glad because it shows that there are a lot of people out there who appreciate this beautiful genre. Rather than pressing buttons or spinning disks, this band plays a slew of beautiful instruments and harmonizes so beautifully that their voices become the most spectacular instruments of all.

If you're into mainstream music, no hate. Plus, there's not one category—you can love rap and classic music, or whatever it may be. I'm not putting anyone into a box here. But I guess I wasn't lucky enough to be born with a taste for the music that dominates parties, restaurants and stores. I feel like my music taste is a dying breed, and it's sad to think something I find so wonderful is brushed off by most. And even at huge concerts, I'm usually the youngest person there (don't even get me started about the U2 and Paul McCartney concerts).

I recently attended The Head and The Heart concert at Comerica Theatre, and they were spectacular. The guitarist and lead male singer, Jonathan Russell, appeared on stage in a red velvet jacket and a wide-brimmed hat. His voice was as silky as his jacket, and he owned the stage with his musical talents, playing several different guitars as well as piano.

Another band member, Charity Rose Thielen, sang with a wonderfully mystical quality and played an electric violin. An electric violin...how cool is that? Their lyrics discuss moving away from home, falling in love, family issues, feeling lost, and so many other deep emotions that they package into inspiring and thoughtful songs.

I've always been told my music taste was "weird" and "lame," but this is the reason I love concerts. I was surrounded by a sea of people who were touched by this music in the same way that I was. Not one person thought the other was strange for singing along to these songs. Plus, it was one of the biggest concert venues I had been in for that genre, which gave me a lot of hope.

I hope EDM and rap lovers don't take this as an attack. Everyone has a right to jam to whatever music they want to, and I'm not the one who decides what is "good music" and not. It's totally subjective. But I want people who don't like the songs that dominate to know this—there's still someone out there playing what you love, and you might be surprised by how many others love it, too!

entertainment
Report this Content
This article has not been reviewed by Odyssey HQ and solely reflects the ideas and opinions of the creator.