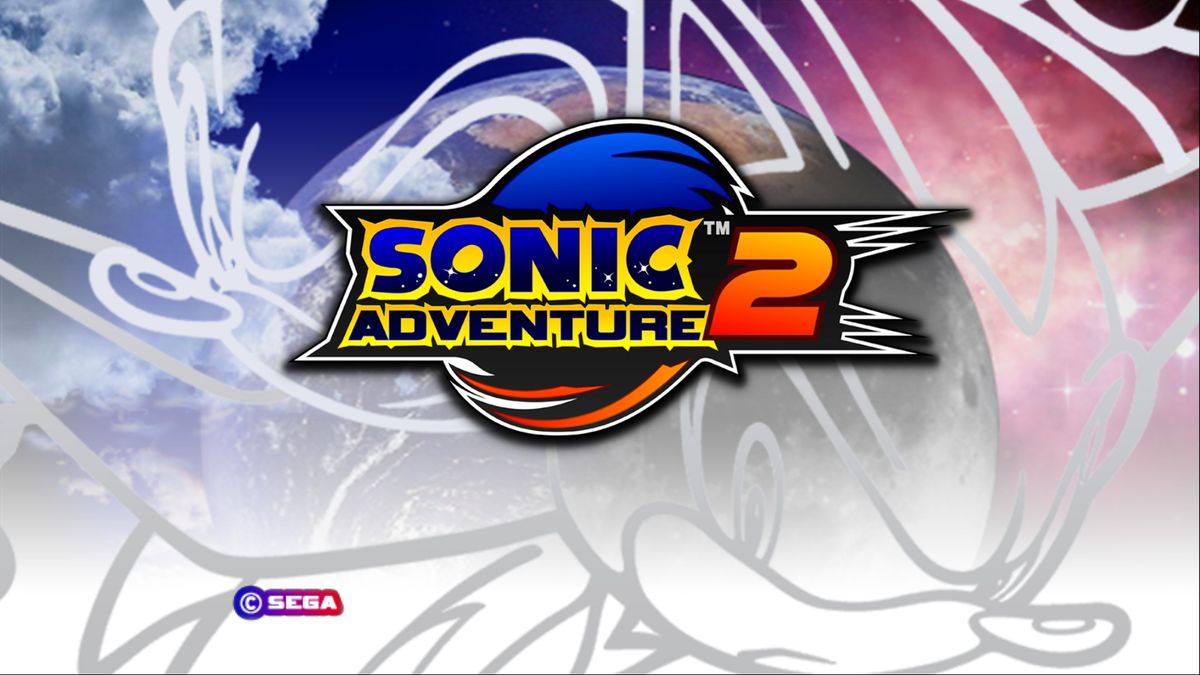 So, I really think that Sonic Adventure was a good start to Sonic's 3D career. I may only enjoy half of the characters, and I think you know who they are, but I still see the potential of the overall game. Afterwards, Sonic Team was split in two. One half of the team set up shop in San Francisco to work on a sequel, while the other half stuck with Yuji Naka in Japan.

Now, the story behind the creation of Sonic Adventure 2 is not as interesting as the first one. The first game was a success, so a sequel was needed–and this time much of their inspiration came from where they were at in California. They focused on fine-tuning the gameplay, improving the graphics, and writing a bigger story. And in some ways, people think Sonic Adventure 2 is a great step forward. But unfortunately in other ways, they feel it’s a big step back as well. In the end, I feel that overall this title is miles better than the first, making Sonic the Hedgehog’s final game on a Sega console the grand finale it is.

Another thing I would like to say is... This was not only my first 3D Sonic game, but also my first Sonic game EVER! I grew up with this game for many years, and I still play it to this day. The question is... Is it still a fun adventure?

The plot of Sonic Adventure 2, in two words, ginormous and awesome. For the sake of this review, I'll try to explain it in a short format.

Dr. Eggman discovers a hidden project from his grandfather, Professor Gerald Robotnik. The project happens to be one of the new characters of the game, Shadow the Hedgehog. Shadow tells Eggman to gather all seven Chaos Emeralds, and meet him at the Space Colony ARK. Meanwhile, Sonic got arrested for stealing a Chaos Emerald (which happened to be Shadow instead), but he escaped later on. Also, Knuckles the Echidna and another newcomer, Rouge the Bat, were arguing about who should keep the Master Emerald. However, it got shattered...again, and now they need to find the pieces separately (just know they're not teaming up). When we get inside the Space Colony ARK, Shadow and Eggman developed a plan for world domination using the Eclipse Cannon, a weapon capable of destroying an entire planet. Meanwhile, Rouge was listening to them the whole time, and decided to team up with them. After figuring out their plan, Sonic, Knuckles and then Miles Tails Prower needed to stop Dr. Eggman once again.

There's more to this story, especially with the "somewhat" backstory of Shadow the Hedgehog. Overall, I love the different direction that Sonic Team decided to go on. At times, however, it did seem like it was really trying to be serious, but then something else will happen like Eggman literally blowing up the moon. It’s pretty hilarious, but I still love the story nonetheless.

... Oh, and Amy Rose is in this story too for some useless reason!

This time, Sonic Adventure 2 has nothing but Action Stages. Like in Sonic Adventure, they are the meat of the game and it’s here we are treated to three gameplay styles thanks to the introduction of Sonic, his two friends and his three enemies. When playing through the story, rather than choose a character, you choose a side (Hero or Dark). This means you will be alternating what character you play as from level to level, and thus you need to learn all three types of action levels and gameplay styles that the game focuses on.

First off, we have Sonic and Shadow's levels! Like Sonic's levels in Sonic Adventure, they are excellent renditions of his 2D adventures, but in fully 3D and packed with speed and action. The overall objective of these levels? You run to the end of the level. What did you expect? Most of the levels are pretty solid.

The second gameplay style is modeled loosely after E-102 Gamma's levels in Sonic Adventure, but this time you play as Tails and Eggman, each stomping about in a mechanical walker armed with laser weaponry. How about that–the chance to finally play as Eggman! It’s something I had always hoped for, and overall these levels are fun to play as well. I did feel that some levels really drag on since you travel quite slowly. Also... Why is Tails in a mechanical walker?! His gameplay was just fine in Sonic Adventure, so why change it? If it ain't broke, don't fix it!

Lastly, there are treasure-hunting levels where you play as Knuckles or Rouge, and their gameplay style is the same as Knuckles from the previous game. Only, a bit time-consuming. Unfortunately, I found most of these to be a drag. It seems they looked at the things that made Knuckles’ levels from Sonic Adventure, and just did the exact opposite with this game. Levels were too small in the first game; in the second, it starts small but then get really huge. Your radar could sense all three emeralds at once in the first game; in the second, you only sense one at a time! And if you were stuck, you could be guided to an emerald’s general location with a light ball’s assistance in the first game; in the second, you only have monitors that give you cryptic hints. In the end, most of these levels just weren’t all that fun. My opinion, it really gets worse in Meteor Herd and Mad Space, so prepare yourself.

Overall, I feel like Sonic Team really wanted to make these alternate gameplay styles more challenging, and I think they did a great job with that. Knuckles and Rouge stages get longer and huge, but they control well, Tails and Eggman play all right, but they’re quite slow, and Sonic and Shadow have no problems. Most people enjoy Sonic and Shadow's stages the most (which is 1/3 of the game) and I can see why, but I enjoy the game as a whole minus the little things.

Along with improved gameplay styles, we also got an improved system for the Chao Garden. I didn't like the Chao in Sonic Adventure, but they’re way better in this game. This time you can create halo-wearing Angel Chao as well as spiky Devil Chao, depending on what characters you have take care of them. Customizing the looks of each Chao with animals found in the Action Stages is a lot more in-depth, and there are more ways to interact with the Chao and more races for them to participate in. You can even take your Chao to Chao Kindergarten for school, naming your Chao, checking its health, and to get supplies. This is more advanced!

In 2001 / 2002, Sonic Adventure 2 got rereleased for the Nintendo GameCube, and they named it Sonic Adventure 2: Battle. In 2012, it got rereleased on Steam, Xbox Live, and Playstation Network. The only thing that this rerelease has (which is extremely worth it by the way) is more added features for multiplayer mode. More stages, more costumes, and a kart racing mini game. Other than that, along with updated graphics, it's still the same game.

If you have a Sega Dreamcast, definitely look into picking this up. It’s a bit more rare (and way more expensive) than Sonic Adventure, since this one came out right at the end of Dreamcast’s all-too-short lifespan. But if you have a GameCube, Xbox 360, PS3 or PS4, or Steam, you can also go for the "enhanced edition". No matter what way you play the game, I can honestly say that Sonic Adventure 2 is still my favorite Sonic game of all time, and it's definitely worth your time.