'Solo: A Star Wars Story' Review: A Western In Space

Does "Solo: A Star Wars Story" do justice to our favorite smuggler and his Wookie pal? 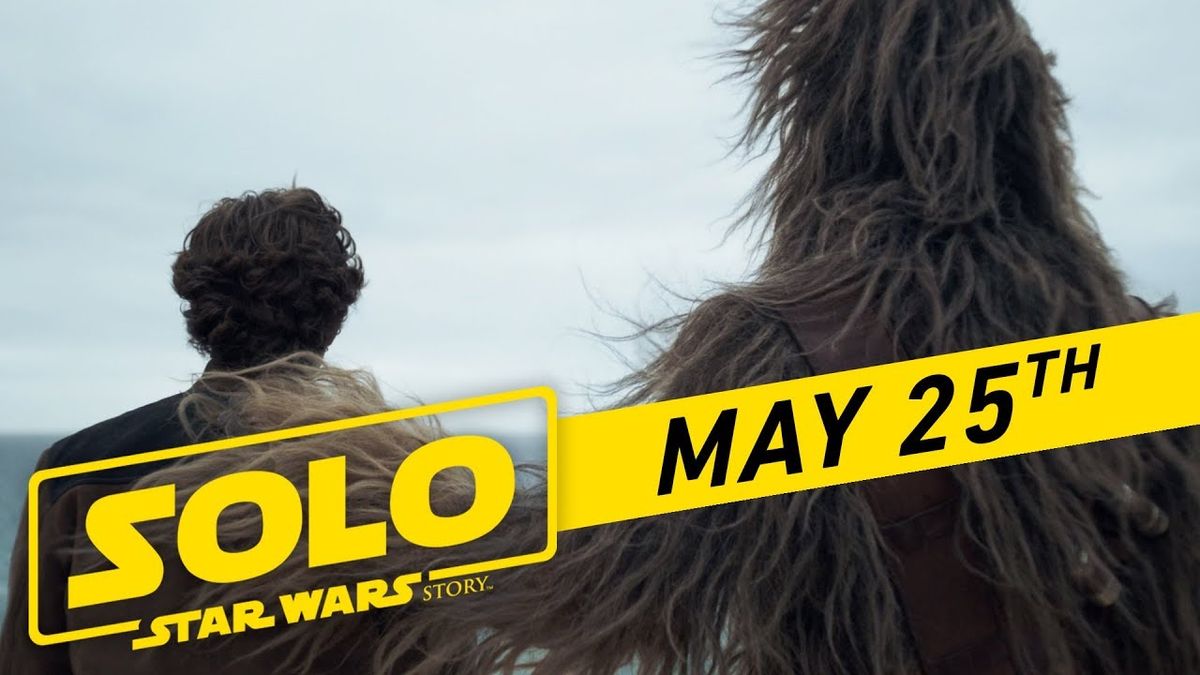 The "Star Wars" universe has drawn inspiration from several forms of pop culture, history and cultural mythology. This is one of the reasons I find the franchise so interesting. However, one source of inspiration that never quite carried into the films after "A New Hope" was that of the Western film genre.

If you watch "A New Hope," the Western influence can be seen in almost every moment on Tatooine. The Mos Eisley Cantina especially leans heavily on Western tropes, such as saloon gunfights between outlaws and bounty hunters. Most of these tropes were embodied by the character Han Solo, who acted as the gunslinger and mercenary with a heart of gold, so it would make sense that a movie about this character would dive headfirst into the conventions of a Western film.

The film follows a young Han Solo (Alden Ehrenreich) and his childhood friend, now lover, Qi'ra (Emilia Clarke) as they grow up as orphaned thieves on the rough streets of Corellia. When the two attempt to escape their lives of crime by going off-world, they end up separated and Han is forced to join the Imperial Military to escape Corellia. Years later, Han finds himself fighting on Mimban when he runs into a gunslinger named Tobias Beckett (Woody Harrelson) and his crew of bandits.

Han learns that they plan to rob a shipment of coaxium, a special fuel, and wishes to join them. After liberating an enslaved Wookie named Chewbacca (Joonas Suotamo), the two join forces with Beckett to steal the coaxium. After they fail the mission, due to the interference of the pirate Enfys Nest (Erin Kellyman) and her Cloud Rider gang, they must answer to the ruthless crime lord Dryden Vos (Paul Bettany).

In order to save their skins, they must rob unrefined coaxium from Kessel, which is a near-impossible task. They recruit smooth talker and gambler Lando Calrissian (Donald Glover) and his navigation droid L3-37 (Phoebe Waller-Bridge) so they can use his ship, the Millennium Falcon. They are also joined by Qi'ra, who acts as Vos' personal second-in-command. Together they attempt to pull off the heist of the century and hopefully survive to tell the tale.

This film leans harder on the Western angle than any "Star Wars" film before. Where other films in the franchise took elements from Westerns, such as the Luke and Kylo showdown at the end of "The Last Jedi," this film basically is a western. The film features a great action scene involving the "Star Wars" equivalent of a train robbery, frontier expansion, saloons with thieves and gangs gambling, gang members discussing plans at night over an open campfire and gunslingers doing fancy tricks with their weapons.

This style helps the film stand out among the rest of the "Star Wars" films in the same way that "Rogue One" stood out by focusing on being a War film. While the film lacks major stakes to get you invested in, it makes up for in that by presenting a fun little adventure that focuses on entertaining and well-acted characters.

The two standouts in the acting department are Ehrenreich and Glover. Ehrenreich does a great job portraying a young Han Solo who has all of the overconfident bravado and swagger of old Han Solo but lacks the experience and some of the skill to back it up. Glover does such a perfect recreation of Billy Dee Williams' mannerisms, behavior, voice and speech pattern that it's almost scary. An extra shout out has to go to Phoebe Waller-Bridge who plays a snarky droid who loves to express her outrage over the mistreatment of droids.

While the film's sets and costumes fit within the "Star Wars" universe, you can definitely see the Western influence with things such as dusters, fur coats and building that vaguely resemble frontier log cabins and Native American settlements. The film also borrowed a few elements from Noir films when it came to Dryden Vos and his yacht. The yacht is heavily influenced by the art deco movement of the 1920s. The film also uses a few Noir tropes such as the "femme fatale" and the man who finds himself in over his head.

The film does have a few flaws though. It may have been the theater I was in, but the film appeared under lit in many places. It doesn't help that a few scenes take place in a dark mine or at night. While the film is fun, as I've said before, it does lack a major reason for being. Saying the film is pointless feels a little unnecessary and cruel, but coming out of the film I thought to myself, "that was a lot of fun, but why did this need to exist?"

It doesn't really develop Han as a character or reveal anything major about his past, it's just about a moment in the life of Han. Granted, there are some major developments, such as how he met Chewie and Lando, how he got the Millennium Falcon and what the Kessel Run was; but we didn't really "need" to see any of that.

Despite this, I had a lot of fun watching this film. It's like the film knows it doesn't really have an overarching thematic propose, so it stays content focusing on a fun little adventure. As a "Star Wars" fan it's always fun to see what new things they add to the canon. While this film didn't exactly deliver on things such as character development and themes, like "The Last Jedi" did, it did leave a fun smile on my face and a great thirst for adventure.