My Sister Is Also My Best Friend

My Sister Is Also My Best Friend

She's much more than just my sister. 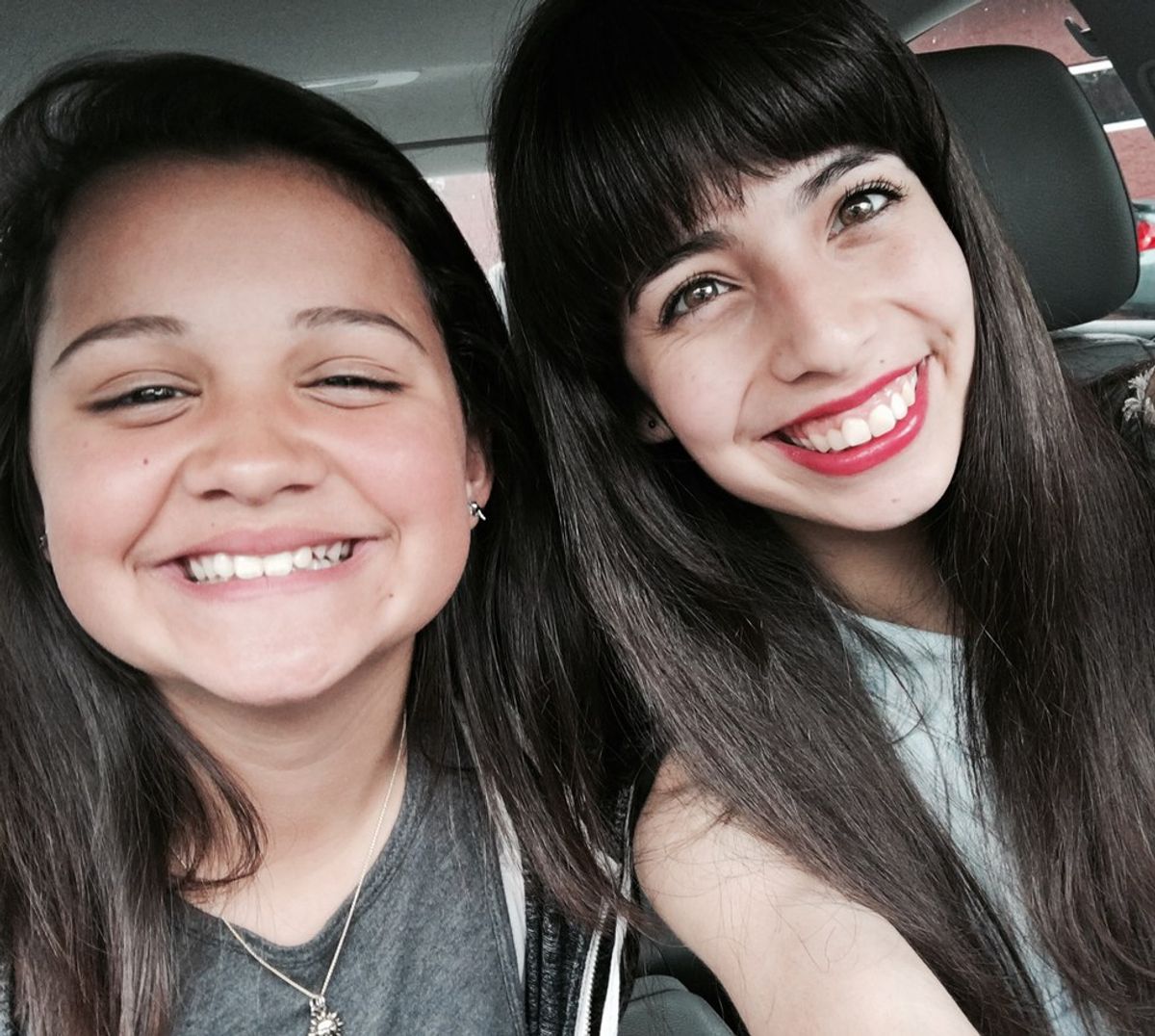 My sister and I are extremely supportive of each other. When I did sports and had music concerts, my sister would be at every game and performance. She was young when I did these activities, so she really didn't have a choice considering my parents would bring her to these events. It wasn't until I was running track and competing in music competitions when I realized how supportive my sister was of me. I could hear her scream my name so far in the audience, and I would always crack a smile. Everyone after a competition or a meet would run up to me and say, “ Hey! I heard your sister scream your name in the audience!” I always smiled and said, “ I know, me too.” You always hear horror stories from younger siblings about how they are forced to go to their older sibling’s events, but my little sister was happy to be there. After a couple of years, my sister now does sports and also participates in musical activities. The roles are reversed, and I'm the crazy one screaming and cheering her on in the audience.

Of course, my sister and I may not always agree with each other, but she is the one person in the world who never fails to make me laugh. We have our inside jokes that we continue to laugh about year after year, and these jokes never seem to get old. Sometimes we laugh so hard that we can't stop laughing. It's great having a sister who can share the same humor as you, even if you're eight years apart.

Not only do we share laughs, but we share similar interests. I still find this aspect of our relationship to be so unique, because we do have opposite personalities. My sister is the one who is more into sports while I don't really care for sports. My sister doesn't always think before she speaks, while I overanalyze everything. My sister can get angry easily while I barely can get angry. Despite our differences, we still manage to share an unlimited amount of interests. I think my sister is the one who truly understands how much of a geek I can be because she has to deal with hearing me geek out all the time. The best part about this is that most of the time, my sister geeks out with me. I know that if I show my sister a new TV show, movie, song, book, or anything really, she'll look more into it without judging me. Sometimes my sister will find something that she really enjoys that she wants to share with me, and I always get excited because it's likely I'll end up obsessing over it too.

My sister is someone who defends anyone she loves. We care so much for each other, and we always try to protect each other from any hurt in the world. It's not that we ever agreed that if someone would hurt us, or that we would have to protect each other, but that's just what happens with us. Protecting and defending each other is something that just comes naturally to us no matter who hurts us. If something is bothering me, she is someone I know I can always go to for help or just to talk. Sometimes we spend time telling each other secrets and stories, which makes my days so much better

Whenever I think of someone who is a role model that inspires me, I do think of my sister. I know what you're thinking, “But she's younger than you, so how can she be inspirational and a role model?” Being a role model has nothing to do with how much older someone is than you. In my mind, it has more to do with that person’s character. My little sister has such a grand heart and I know that she tries so hard to please everyone in her life. I spend so much time with this little girl, and I see how hard she tries to be a better person than what she was the day before. She gives it her all and never gives up no matter what obstacle hits her. She's strong, and sometimes she's even stronger than I am. She has inspired me and has become my role model in my world. There's not a greater feeling than knowing that one of my greatest role models is not only my sister, but she's also my best friend.